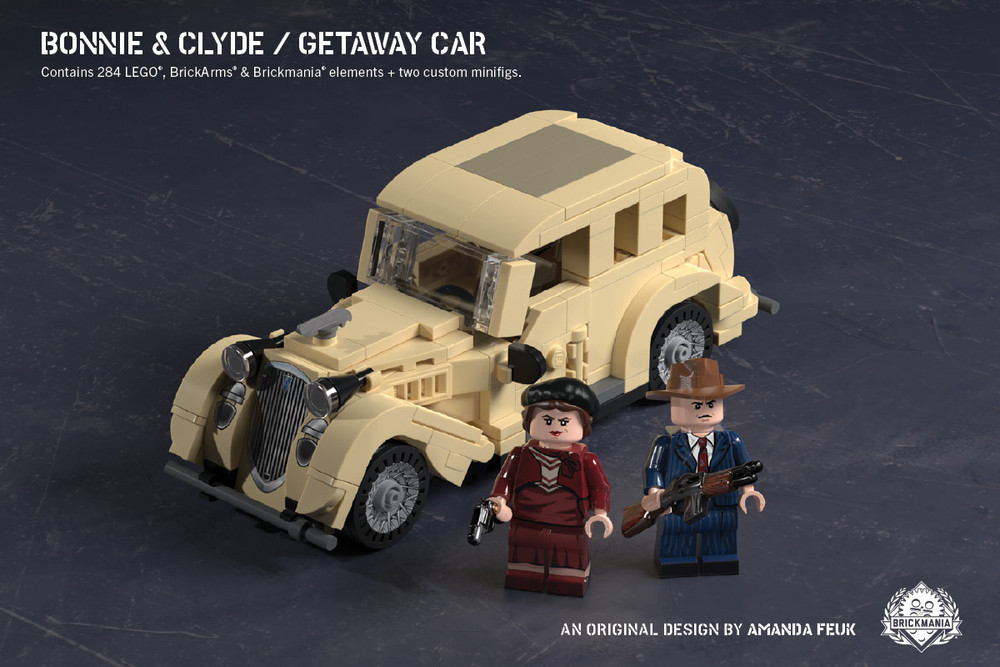 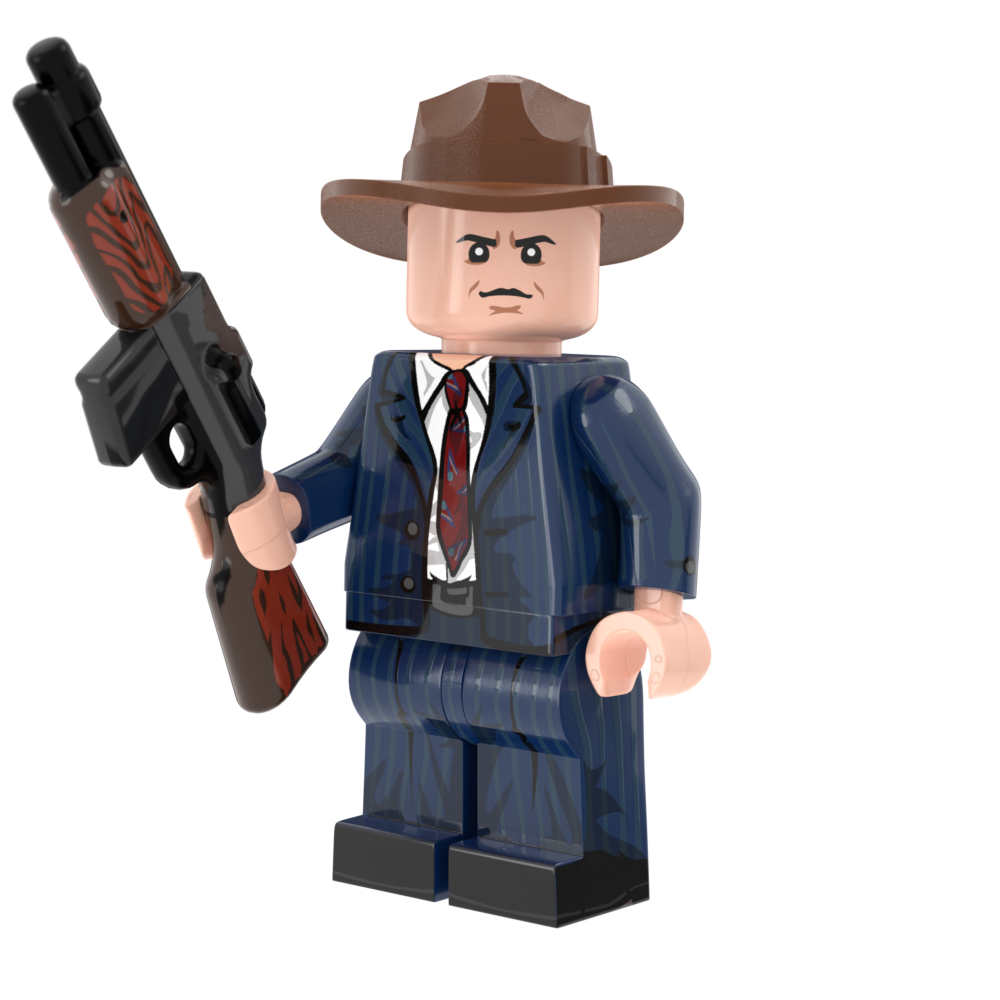 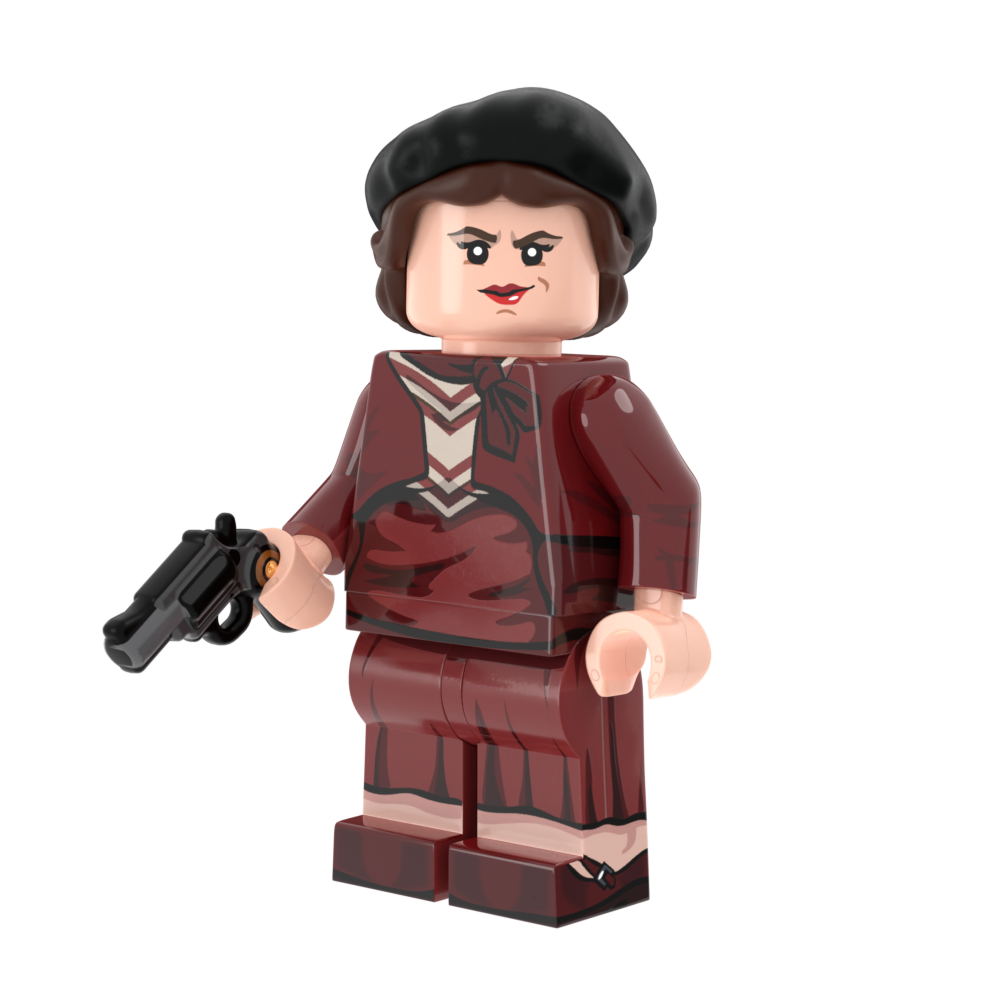 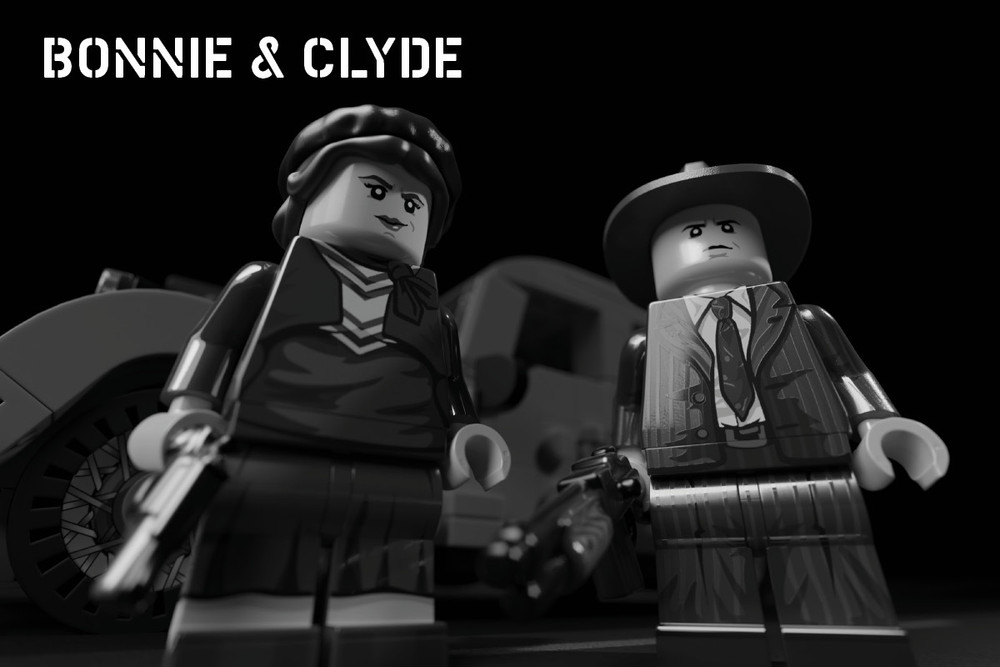 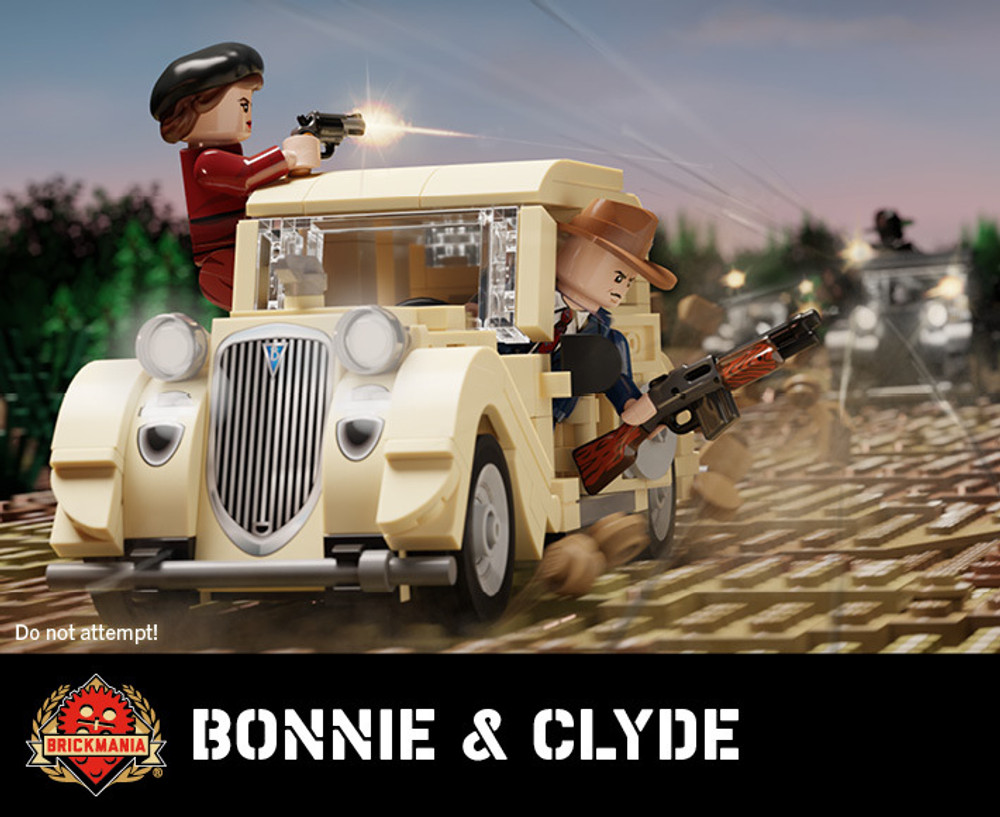 About the Bonnie & Clyde - Getaway Car:

Clyde Champion Barrow and Bonnie Parker were an infamous American criminal duo of the early 1930s. Their list of crimes included bank robberies, car theft, kidnappings, and murder. Though their crimes were despicable, their romantic endeavor as a criminal pair captured the minds and imaginations of Americans who were suffering at the height of the Great Depression. Bonnie and Clyde were children of impoverished families that grew up on the west side of Dallas, Texas. Clyde’s criminal record started at an early age as his older brother, Marvin “Buck” Barrow, mentored him in the art of stealing cars and cracking safes. In January of 1930, Bonnie and Clyde met at a party where they first locked eyes. Clyde later spoke, that for him, it was love at first sight. Soon after their first encounter, Clyde was arrested for automobile theft and sentenced to prison. Bonnie frequently visited Clyde and even aided in his escape by smuggling a pistol into the prison, though he was recaptured shortly afterwards. (One note, Bonnie was married at 16 to her high school sweetheart, Roy Thornton. However, he was imprisoned in 1929 and the two never crossed paths again. She remained legally married to him). After Clyde’s release in 1932 the pair were inseparable and formed a gang of hardy individuals that included Clyde’s brother and wife, Blanche, along with William Daniel Jones.

For a year or so, the gang toured the country, making pit stops along the way that drew national notoriety. Their bold crimes garnered intense scrutiny by law enforcement, who made the gang a priority. On July 29, 1933, Buck was fatally shot in a police ambush in Iowa, Blanche also failed to evade the police and was arrested. In November of the same year, William was captured by Houston law enforcement who mistook him as “Pretty Boy Floyd.” From there, Bonnie and Clyde went on together and evaded various attempts of capture. For the next few months, the Barrow Gang ran amuck throughout the southern United States—mainly Texas and Louisiana—stealing cars and gunning down agents. Finally, in the early hours of May 23, 1934, a posse of law enforcement, federal agents, and legendary Texas Ranger, Frank Hamer, ambushed the criminal couple on a highway outside of Sailes, Louisiana. The agents believed that Bonnie and Clyde were returning to a home in Black Lake, Louisiana, where the couple hosted a party two nights prior. Bonnie and Clyde attempted to drive away, but the ambush was set and the agents opened fire. Bonnie and Clyde’s romantic criminal escapade ended.

The 1934 Ford V8 was stolen by the Barrow gang earlier in that year in New Orleans. This model used an updated V8 engine equipped with a two-barreled carburetor. In fact, it was the first V8 car to be mass-produced with over 6,000 made. The car topped at speeds of 65 mph making it faster than any police car of the time. The Ford V8 was a fixture of style and Americana of the time. Even during a time of great economic upheaval, the V8 was immensely popular and eschewed a sense of sophistication and class. For Bonnie and Clyde, the car became a symbol of both their audacious adventures and their chilling end. The “Death Car,” as it has become colloquially known, is on display at the Whiskey Pete Resort and Casino near Las Vegas.