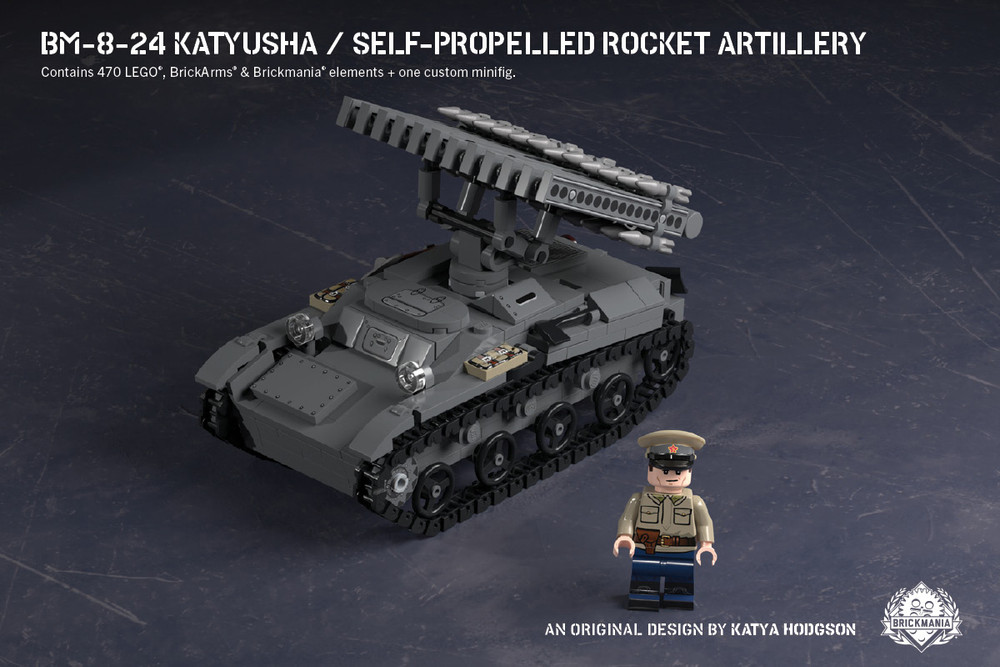 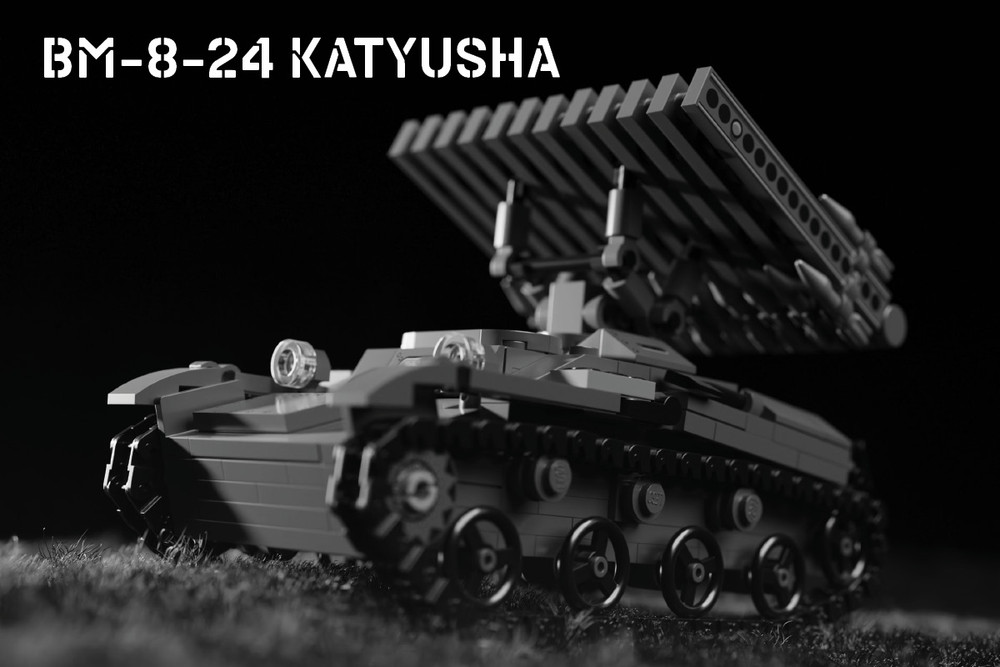 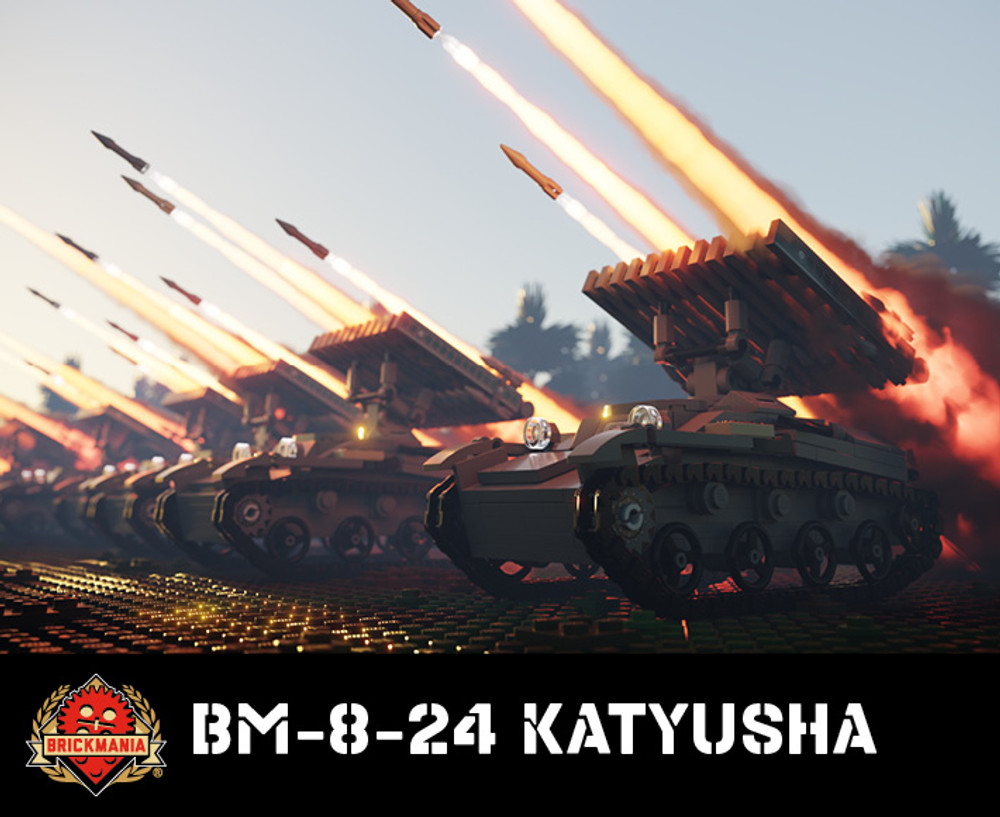 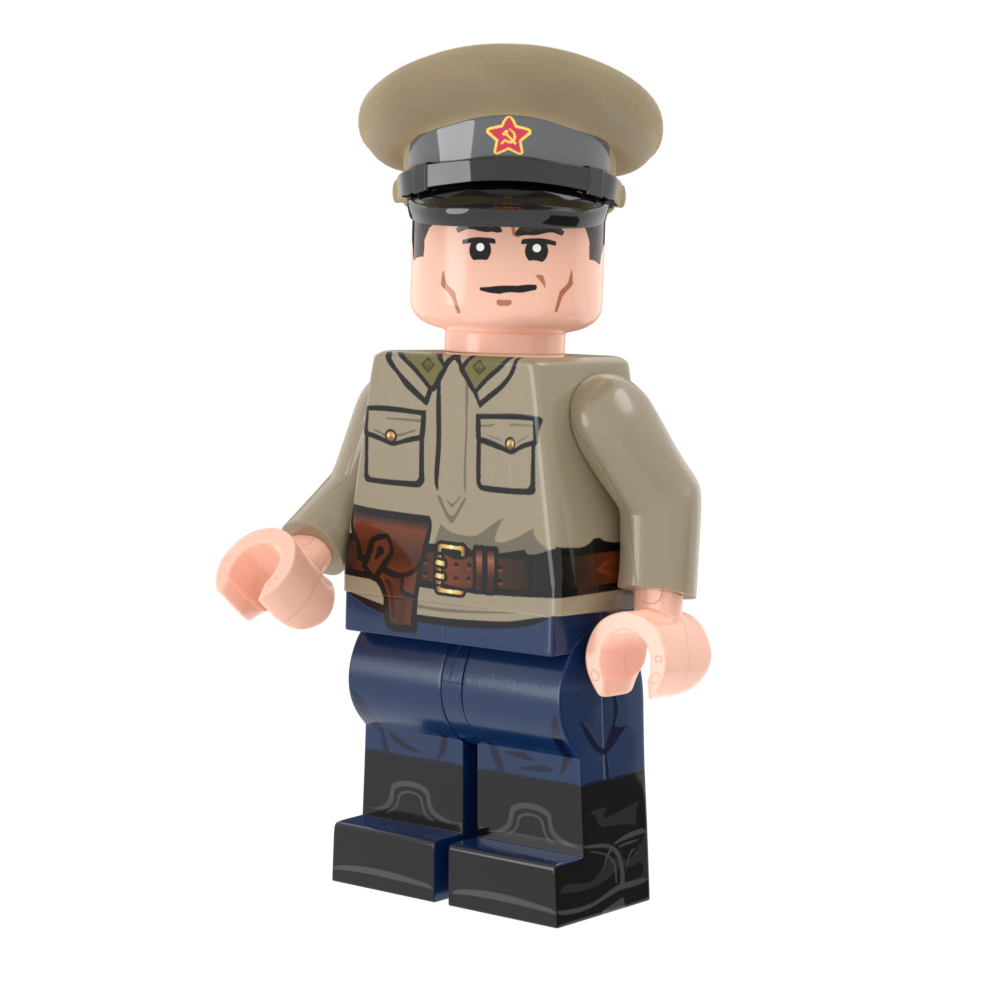 About the BM-8-24 Katyusha – Self Propelled Rocket Artillery:

The Soviet T-60 was a light scout tank that replaced the earlier T-38. Its use began at the onset of the German invasion and was seen as a temporary solution to quickly replace lost T-34 and KV-1 tanks. The T-60 was generally under gunned—even for a light tank—and later models upgraded this deficiency. While T-60s were being upgraded, its chassis proved to be an excellent host for one of the most recognizable sounds of the war—the Katyusha rocket.

The turrets of the T-60 were removed and replaced with rails that held 24 BM-8 unguided rockets, while the transmission and drivetrain remained the same. These conversions started in 1941 and occurred at the Soviet Kompressor plant. These mobile platforms were the first self-propelled guns built by the Soviets during the Great Patriotic War. While very inaccurate and slow to reload, the BM-8-24 created psychological stress for the Germans. The unique screeching sound created by the Katyusha rockets meant to the Germans that a barrage was imminent. The BM-8-24 was an effective platform for these rockets, however, many vehicles were used as mobile launches. From trucks to tractor-trailers, the rockets were a favorite of the Soviets. They could be hastily built and quickly shipped to the frontlines. 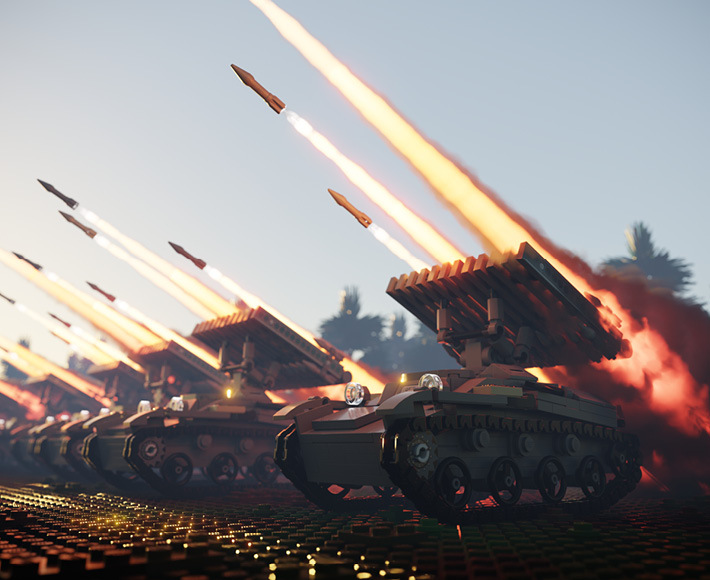 This unique build features all printed details, 24x BrickArms® rockets, and 1x custom minifig. Play features include a fully rotating rocket rails platform that can also elevate and depress. The build rolls smoothly, and the chassis features accurate angling as well as some extra gear.