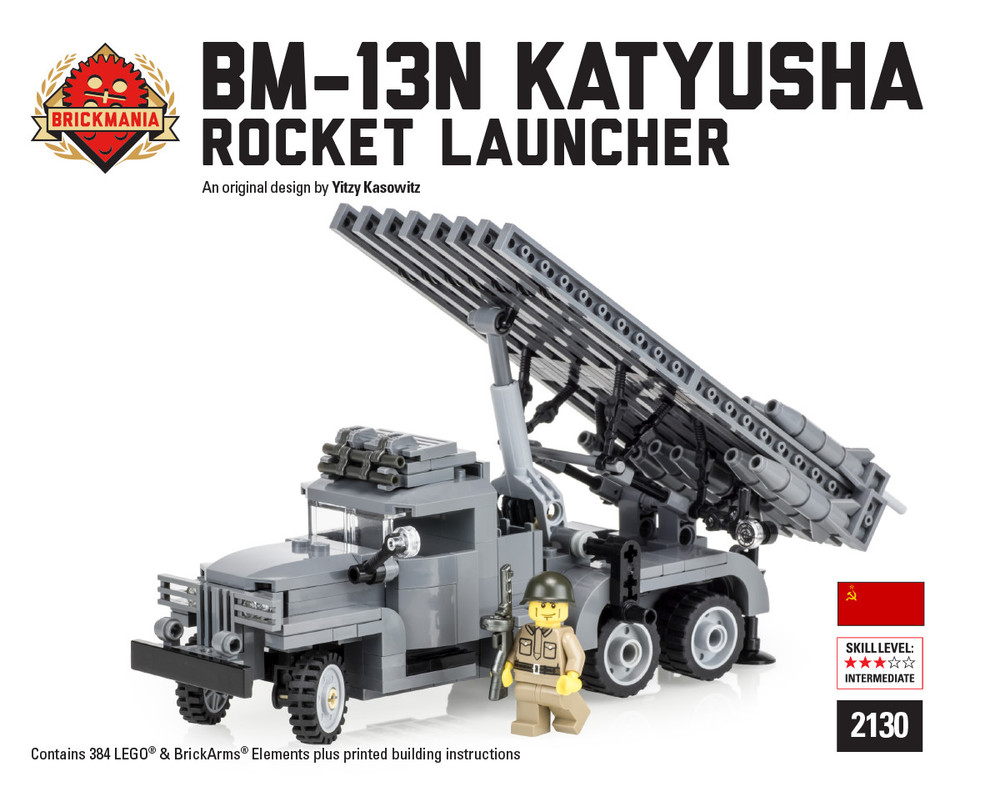 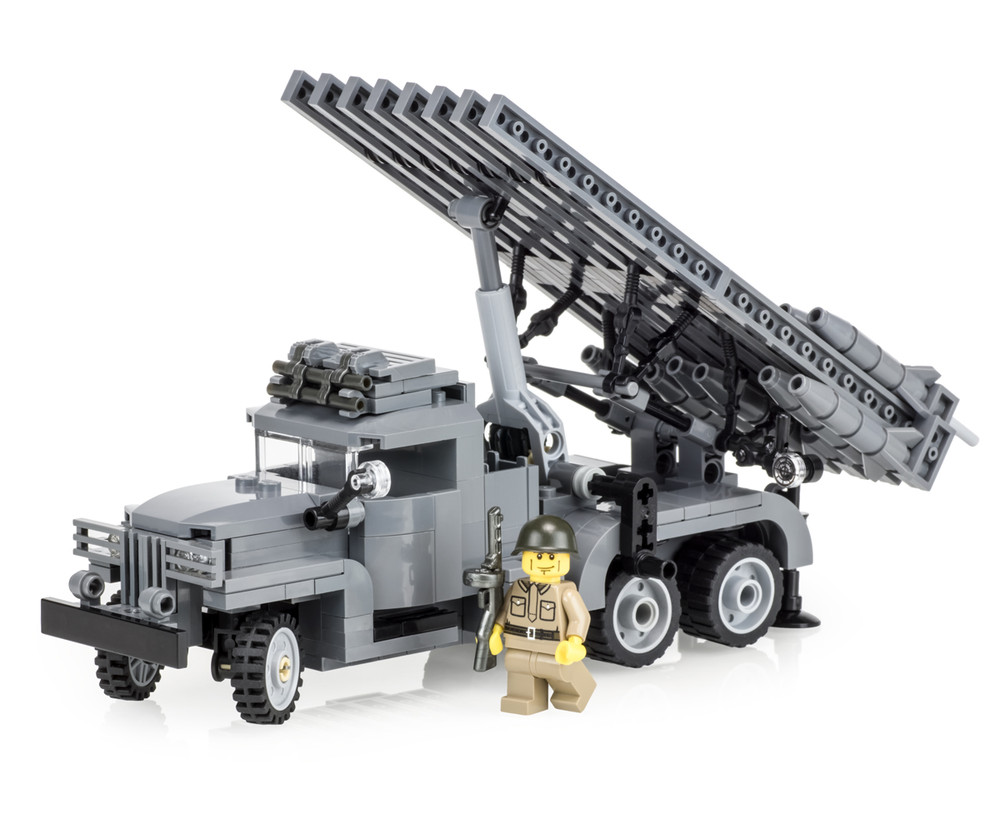 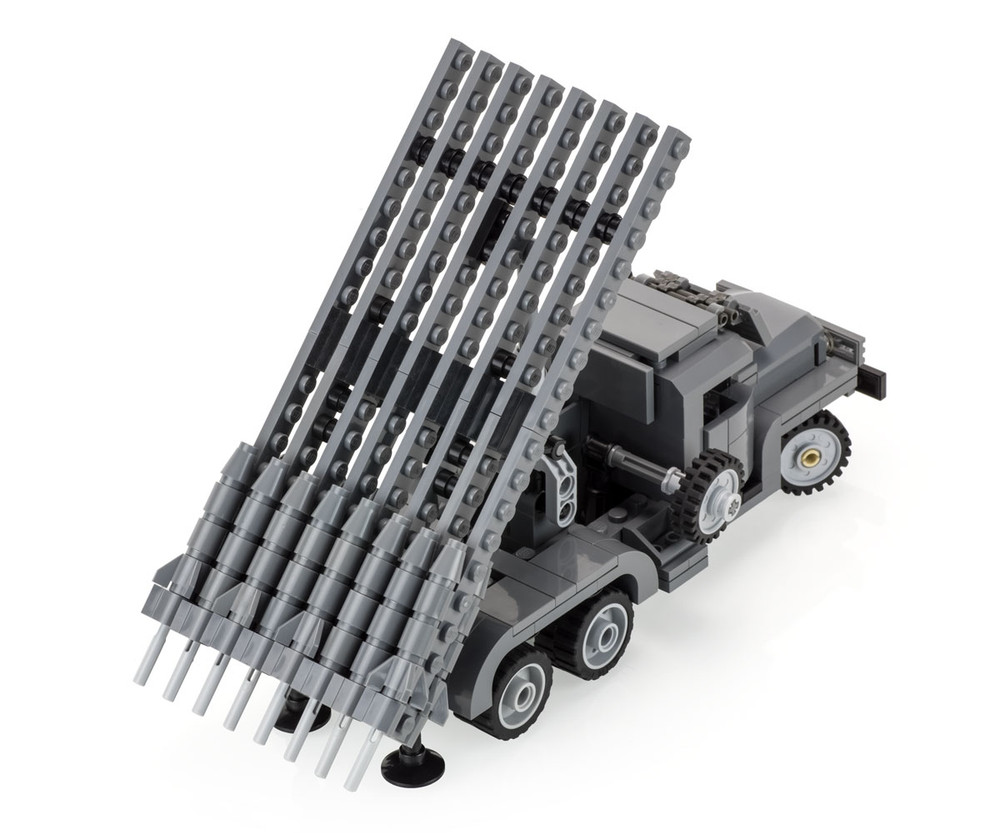 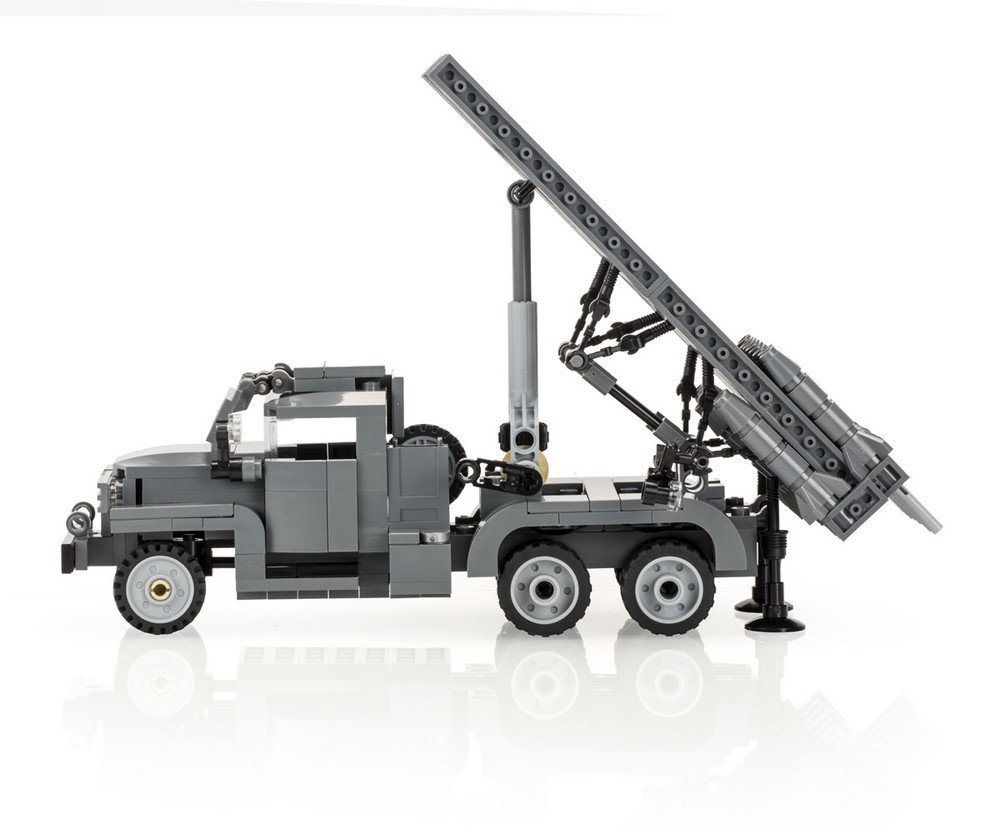 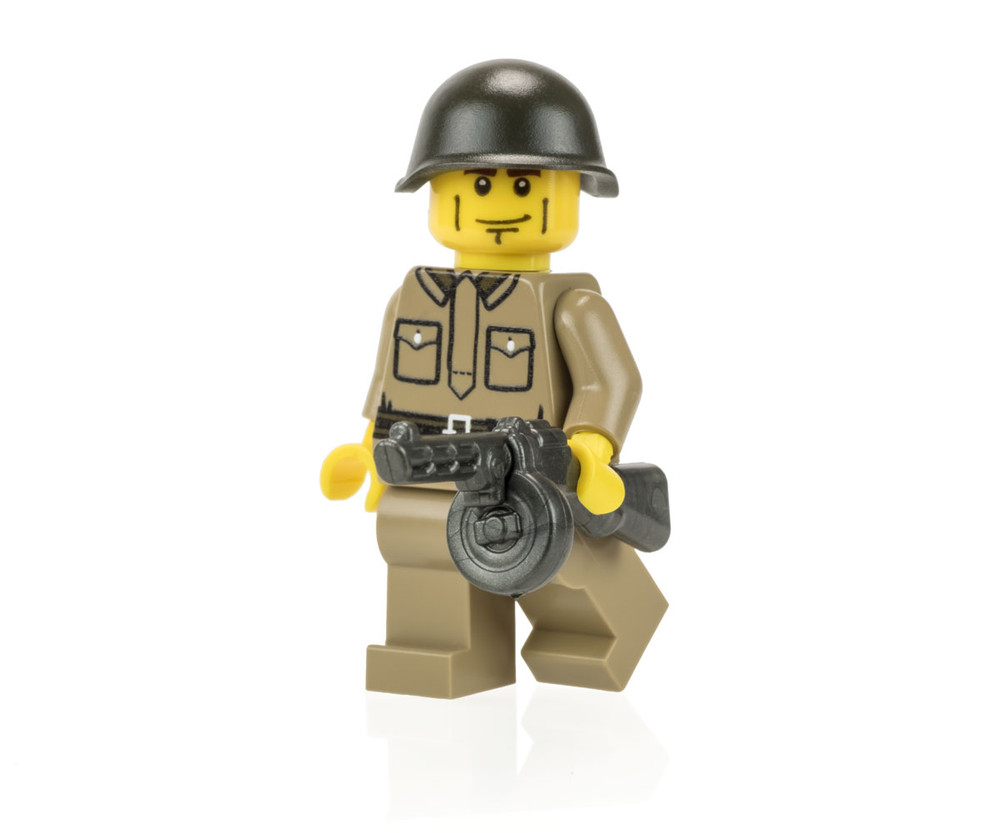 The Katyusha rocket launchers were a series of multiple rocket artillery built and used by the Soviets in WWII.  This type of artillery was used to deliver explosives to a target area more quickly than conventional artillery, but suffered from lower accuracy and a longer reload time. While relatively fragile when compared to traditional artillery, they were inexpensive, easy to produce and usable on any chassis, usually ordinary trucks.  This high mobility gave the Katyushas an additional advantage: the ability to strike and move before being located and hit with counter-fire.  They were incredibly effective in saturation bombardment, and particularly feared by German soldiers. A battery of four BM-13 launchers could fire a salvo in 7–10 seconds that delivered over 4 tons of high explosives over a 4,300,000 sq ft impact zone, making its power roughly equivalent to that of 72 guns. With an efficient crew, the launchers could redeploy to a new location immediately after firing, denying the enemy the opportunity for retaliation fire. Katyusha batteries were often massed in very large numbers to create a shock effect on enemy forces. The weapon's disadvantage was the long time it took to reload a launcher, in contrast to conventional guns which could sustain a continuous low rate of fire. This kit is modelled after the BM-13, mounted on Studebaker trucks.  The BM-13 utilized M-13 132mm rockets, and was often mounted on the ZIS-6 truck, an improvised vehicle mount or towed trailer or sled. The M-13s had a max range of 9,560 yards. The scream of the warheads being launched prompted the Germans to nickname the Katyushas “Stalins Organ”. All in all, the Katyusha’s were an incredibly effective “Shock and Awe” weapon. 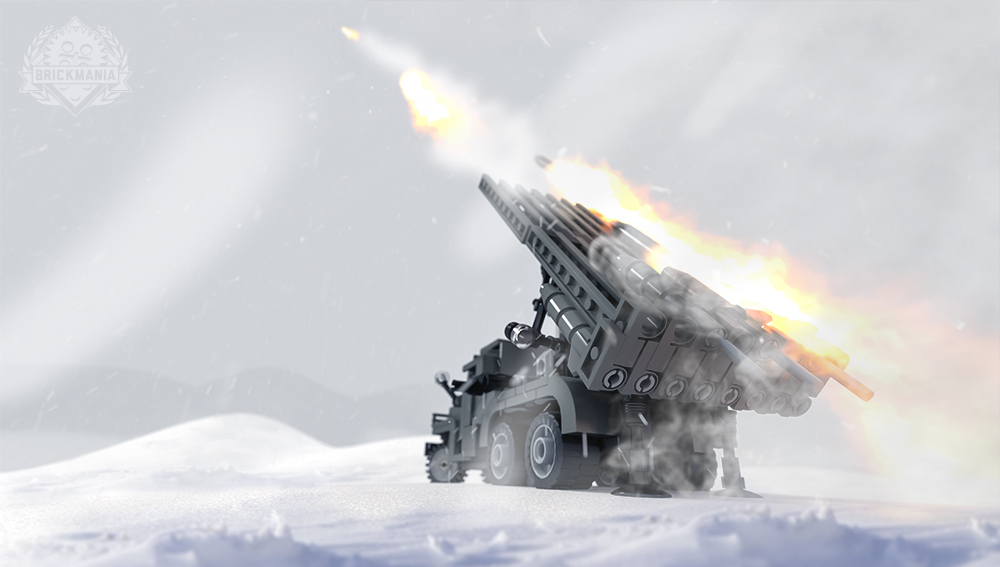 The BM-13N Katyusha - Rocket Launcher has the following features: