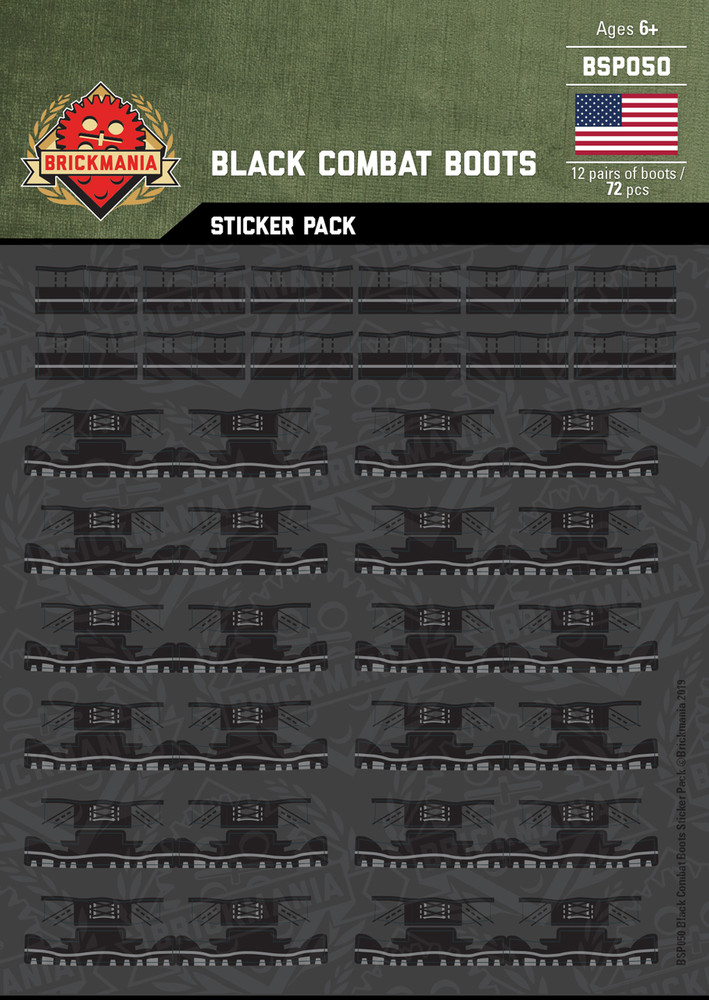 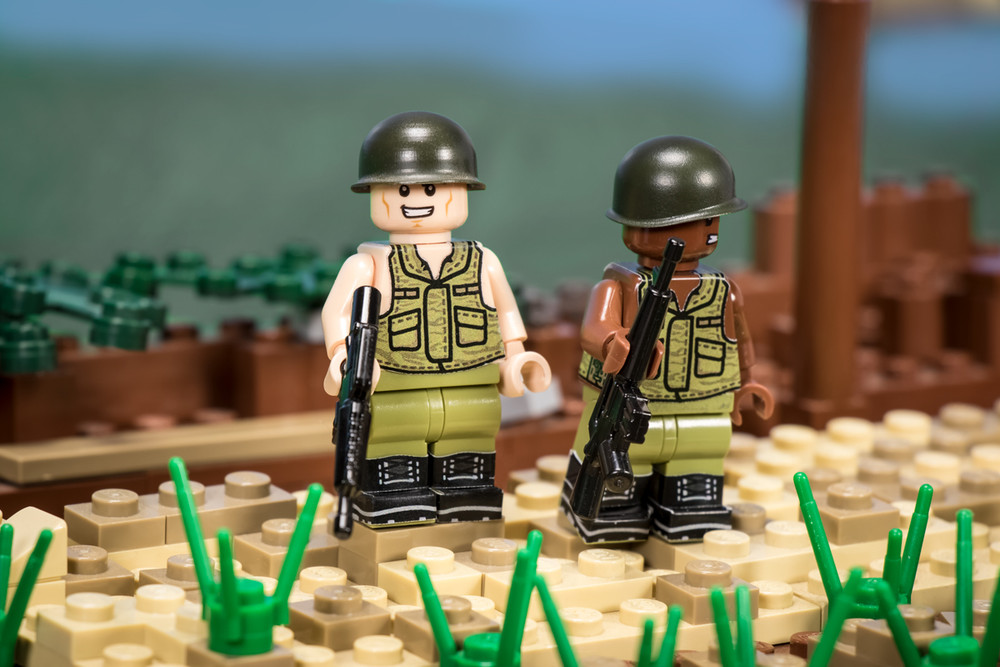 Developed in the 1950s, black combat boots were a common sight at the height of the Cold War. These boots were widely deployed until the end of the Vietnam War. During the war period, they were phased out in favor of the new jungle boot, better suited to the terrain of Southeast Asia.

Set up your soldiers for victory with this high-quality sticker pack from Brickmania! The Black Jungle Boots Sticker Pack features an authentic design for your Cold War minifigures. 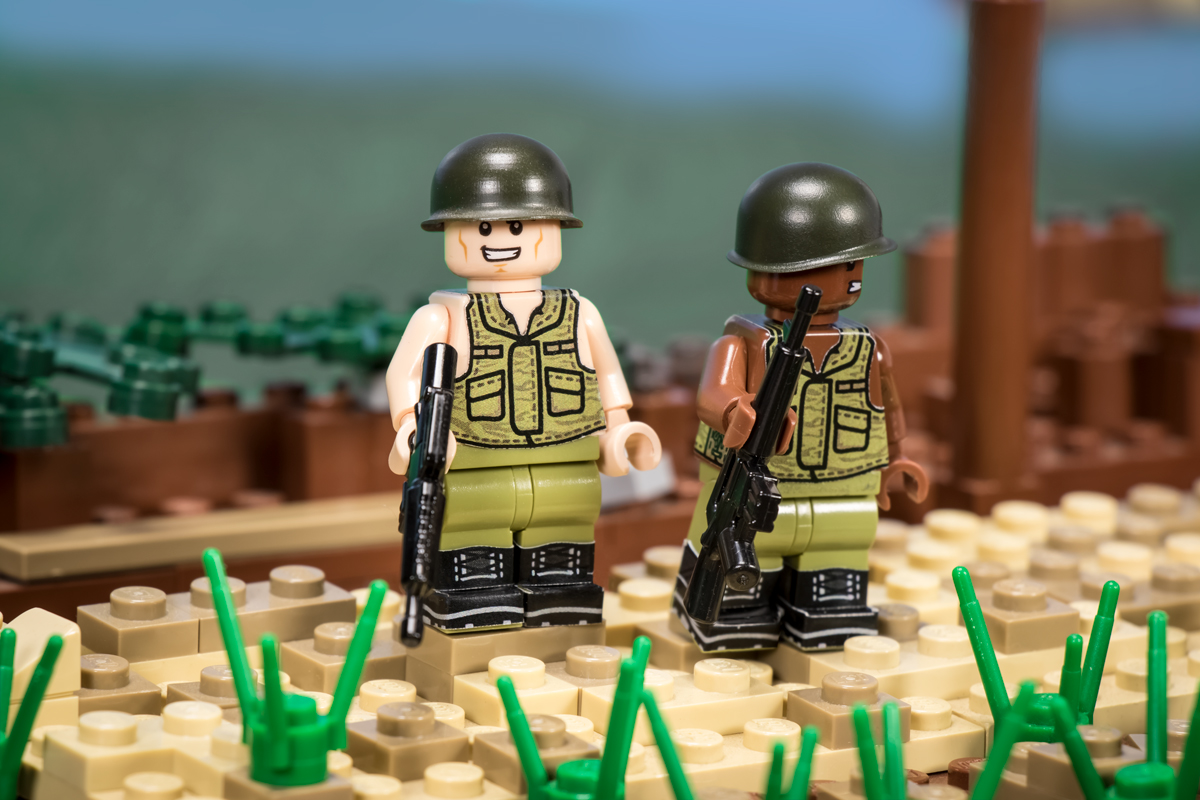