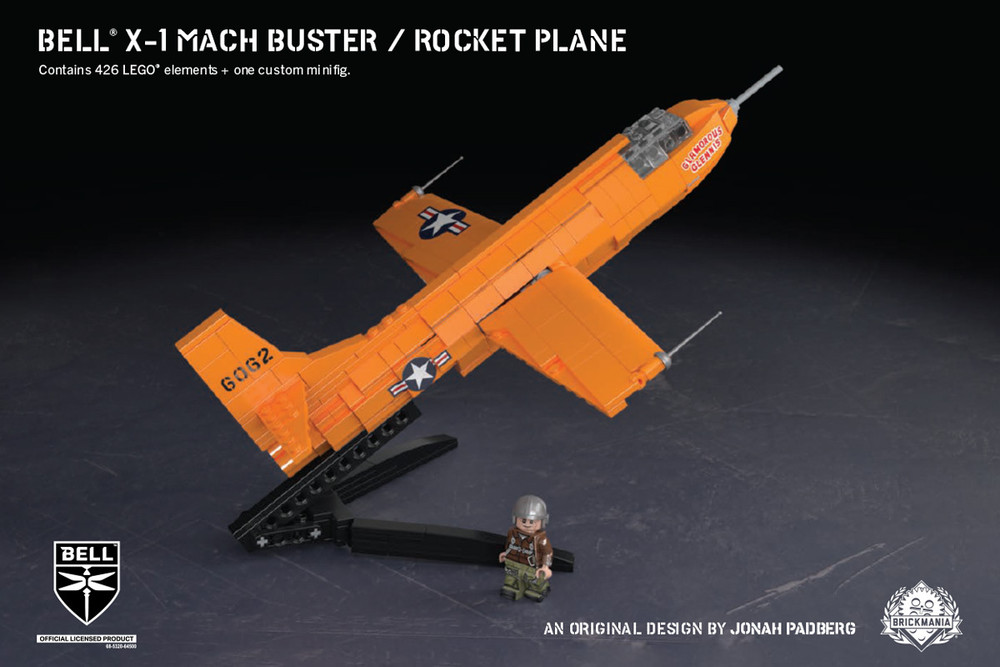 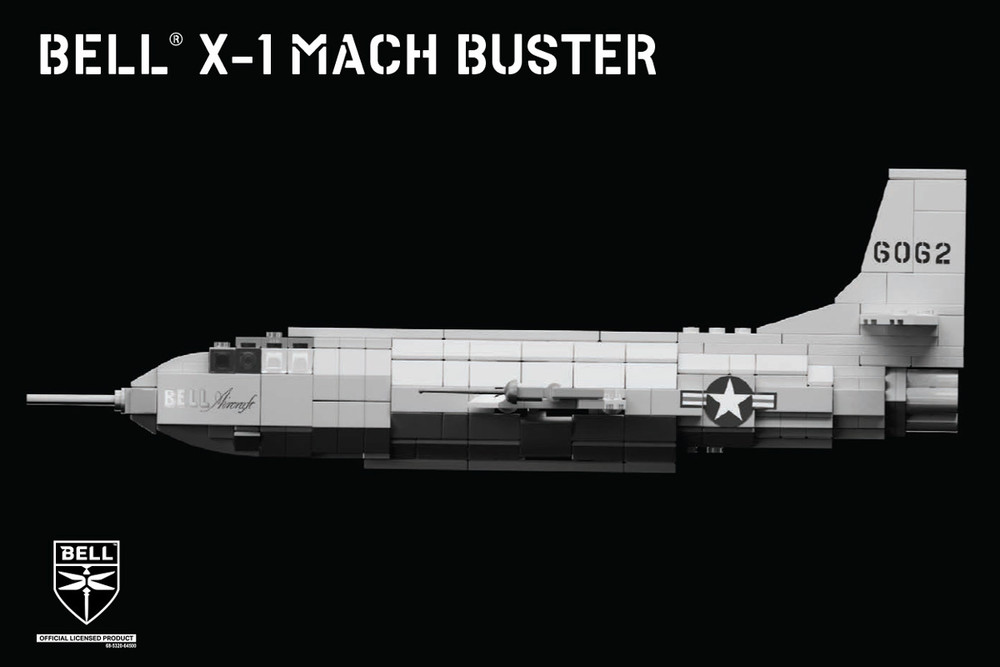 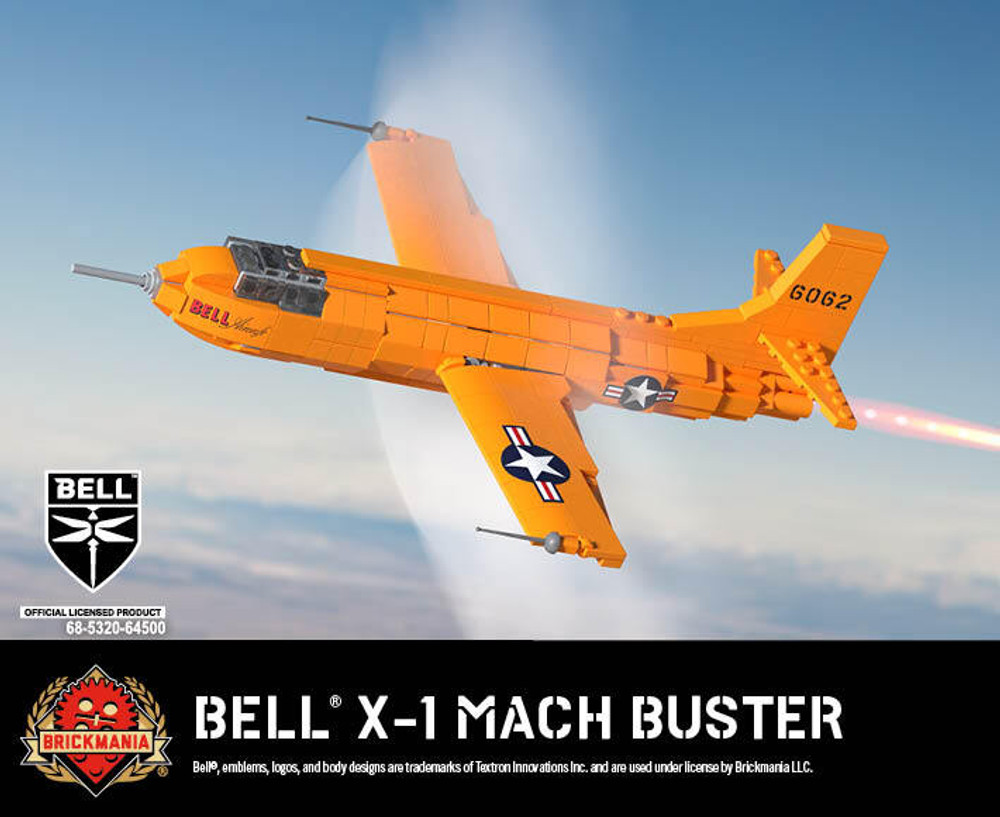 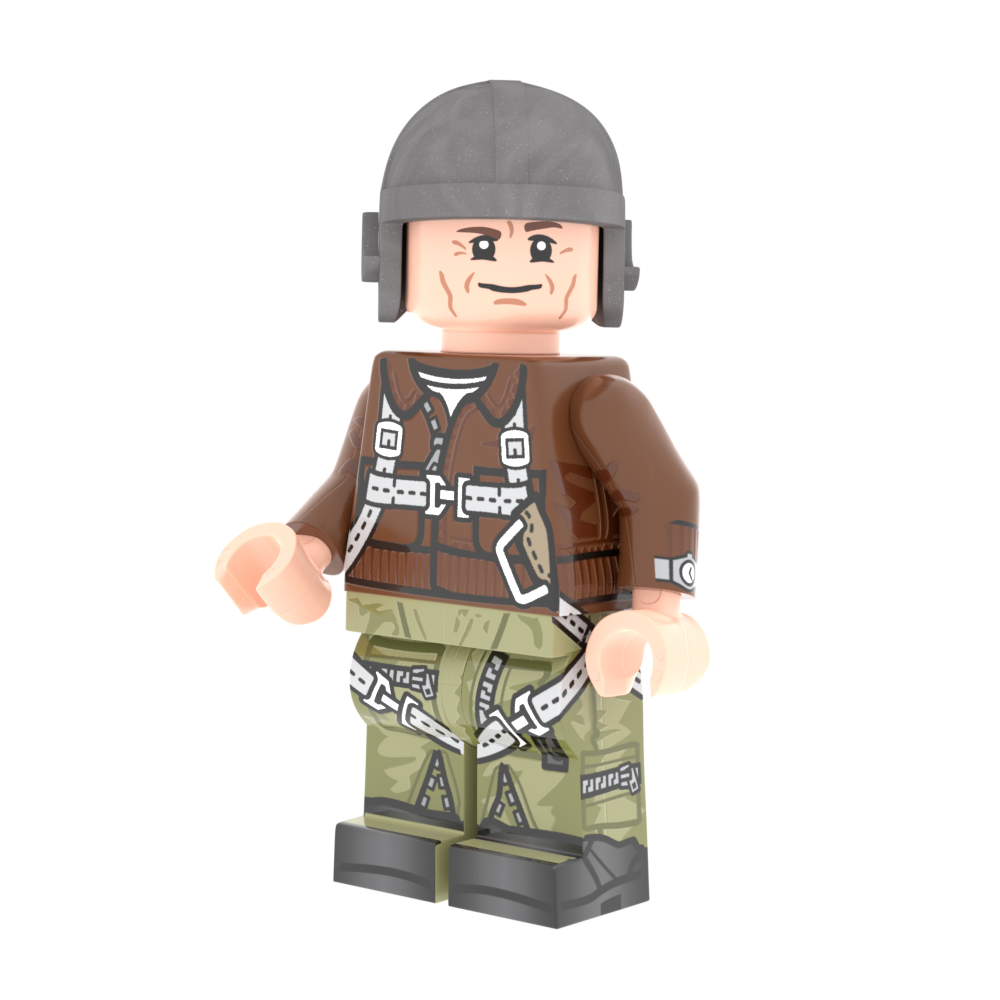 Launching from the bomb bay of a B-29 bomber on October 14, 1947, the Bell® X-1 Mach Buster achieved Mach 1.06 (700 mph) before safely returning to Earth, becoming the first manned airplane to exceed the speed of sound in level flight. Shaped like a .50 caliber bullet, the X-1 was modified several times to increase the likelihood of a successful mission to break the sound barrier. Flown by World War II combat pilot Captain Chuck Yeager, he named the plane “Glamorous Glennis” after his wife. Although the X-1 had been designed to withstand extreme gravitational pressure, nothing was known about the effect of reaching this speed on the human body at that time. The X-1 and Captain Yeager would prove that it is possible to travel faster than the speed of sound, and the achievement would fuel the future production of supersonic aircraft — forever changing the nature of warfare. The X-1 now resides in the Smithsonian National Air and Space Museum in Washington, D.C. 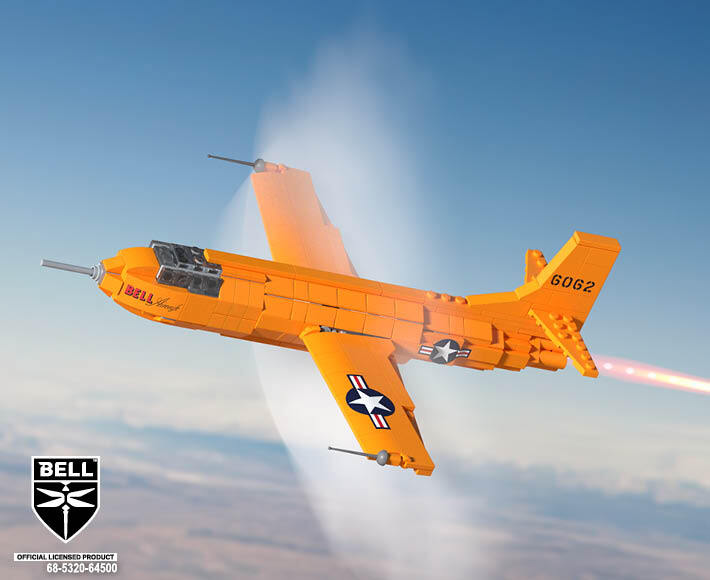 Expertly designed to capture the unique angles and shape of the X-1, this model features custom printing for the cockpit details, nose artwork, and tail numbers, while the USAF roundels are high-quality stickers. Kit features include working landing gear, brick-built display stand, and a custom X-1 Test Pilot minifig.

Bell®, emblems, logos, and body designs are trademarks of Textron Innovations Inc. and are used under license by Brickmania LLC.