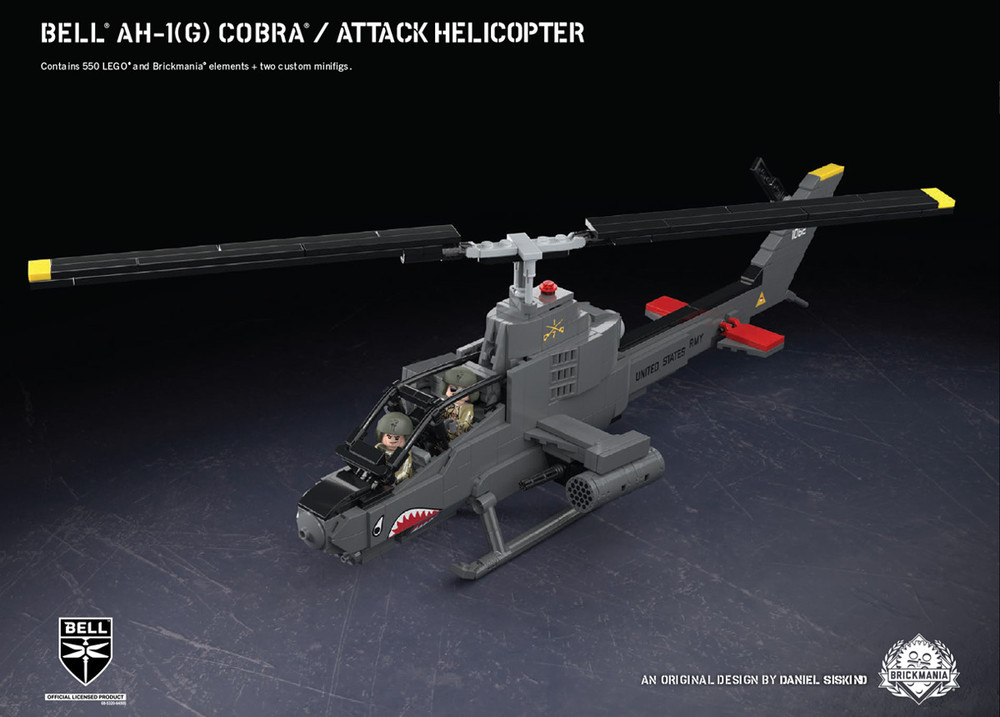 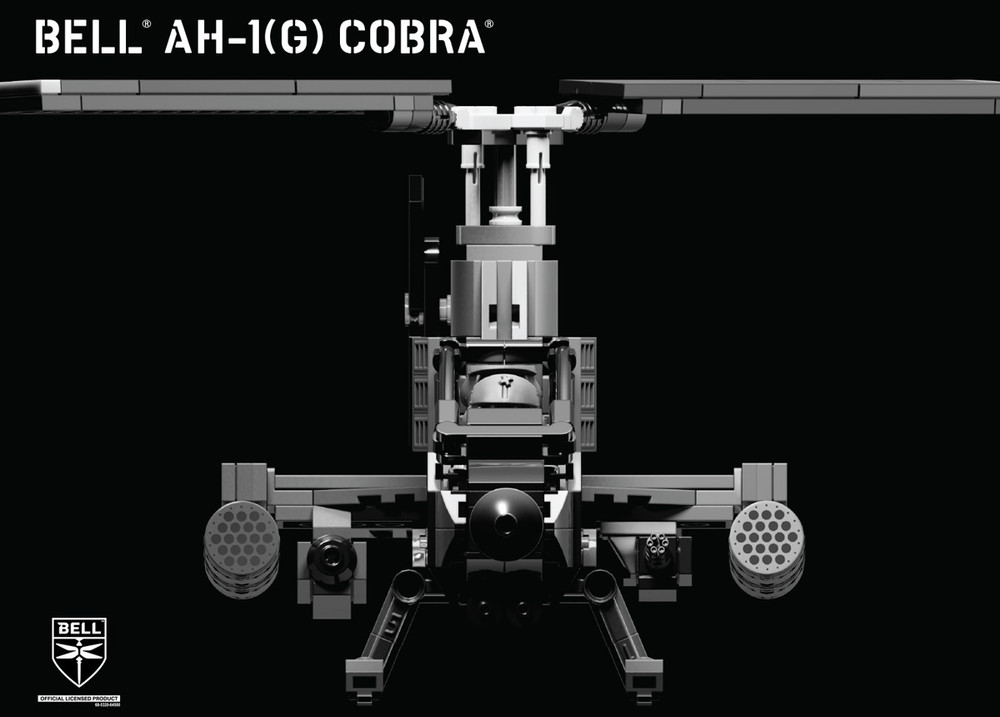 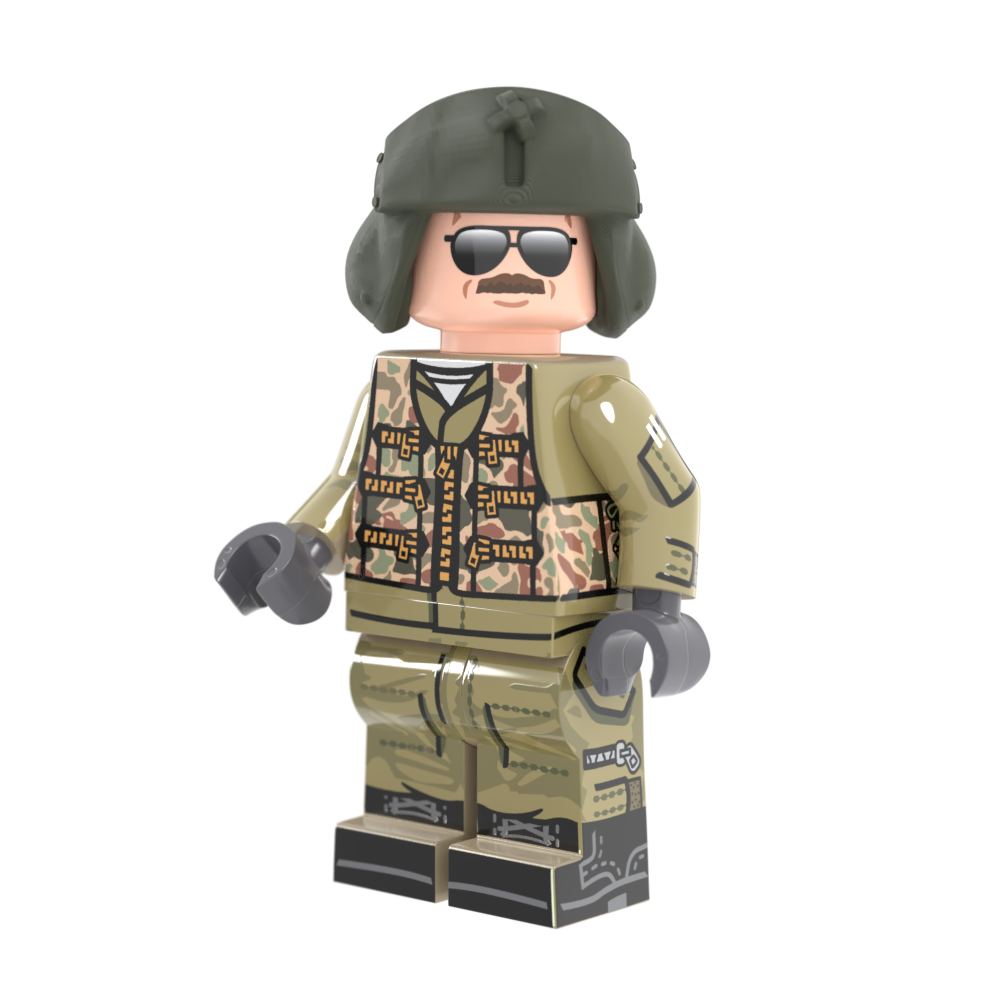 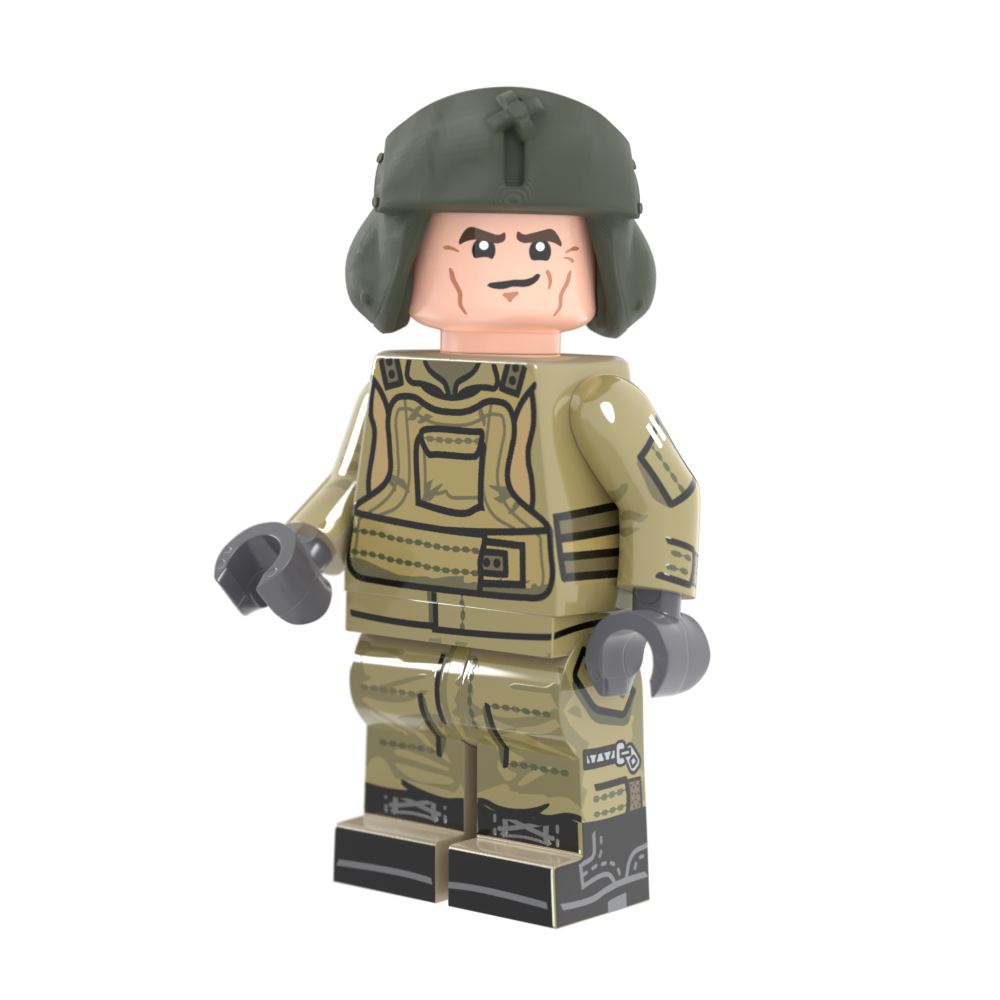 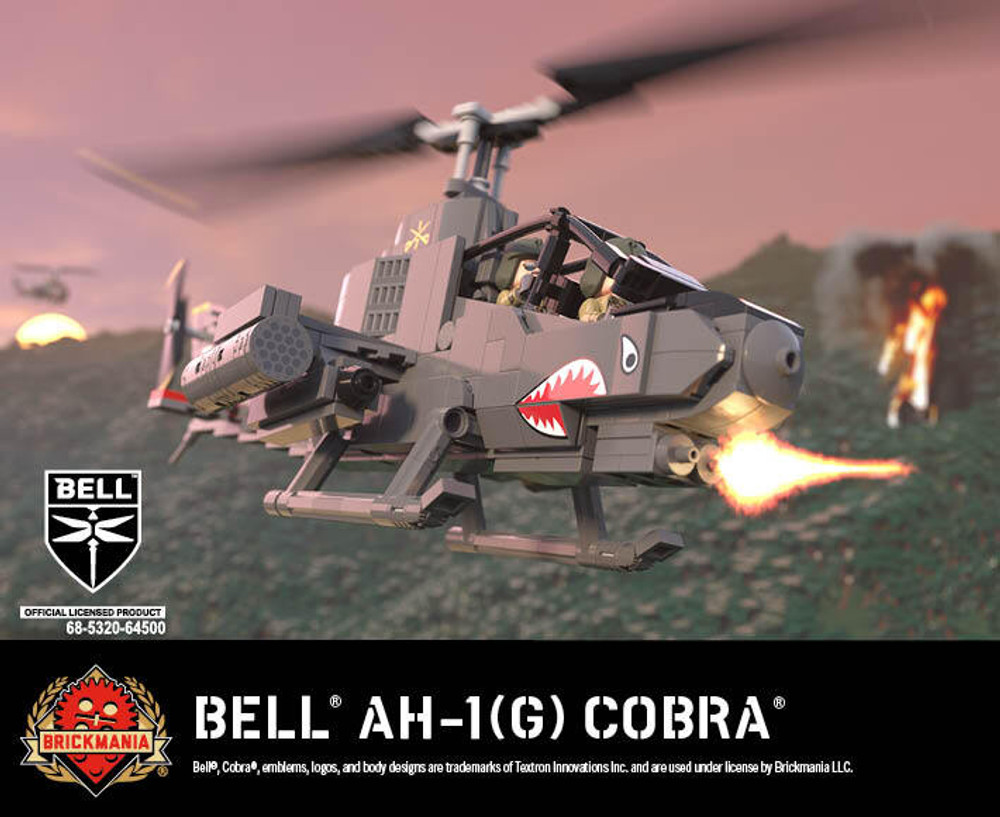 Introduced with a new slim fuselage and fighter-type cockpit, the Bell® AH-1(G) Cobra® was the world's first dedicated attack helicopter. First seeing service in 1968, the initial AH-1(G) variant (often called the Huey Cobra) was very effective against unarmored targets and light vehicles, and even took over the role of assault helicopter and tank killer from the UH-1(D). The AH-1(G) could carry an impressive payload on its stub wings and was also fitted with a nose turret capable of mounting miniguns, cannons, or grenade launchers. 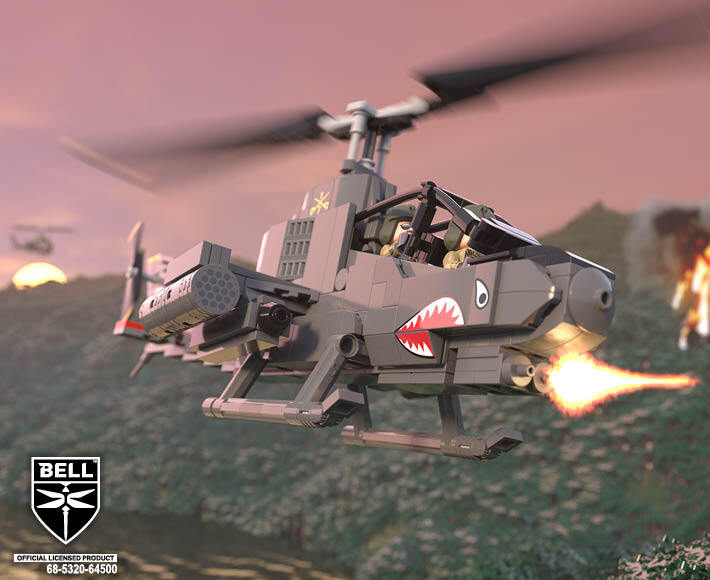 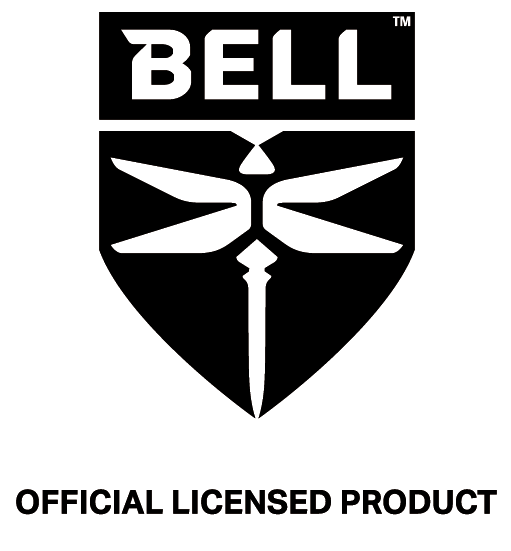 Bell®, Cobra®, emblems, logos, and body designs are trademarks of Textron Innovations Inc. and are used under license by Brickmania LLC.