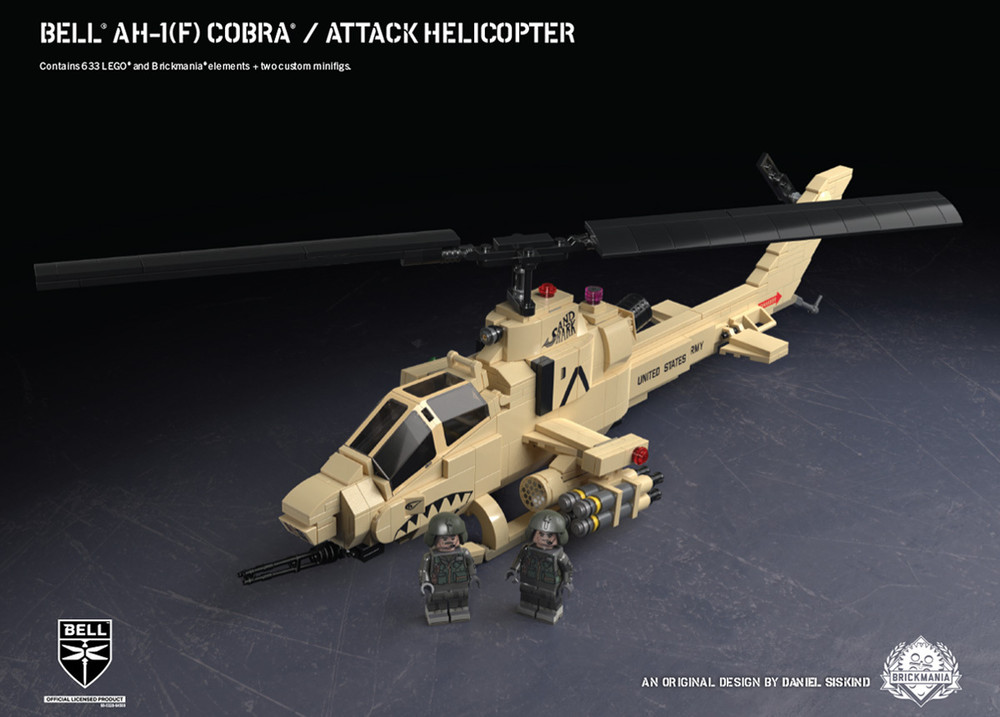 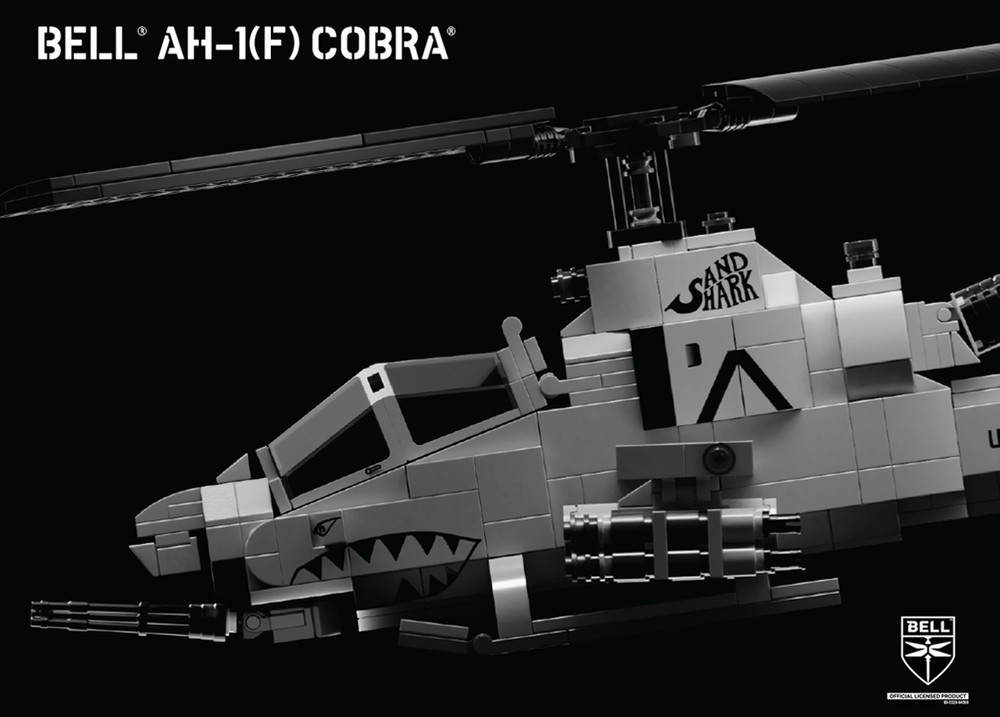 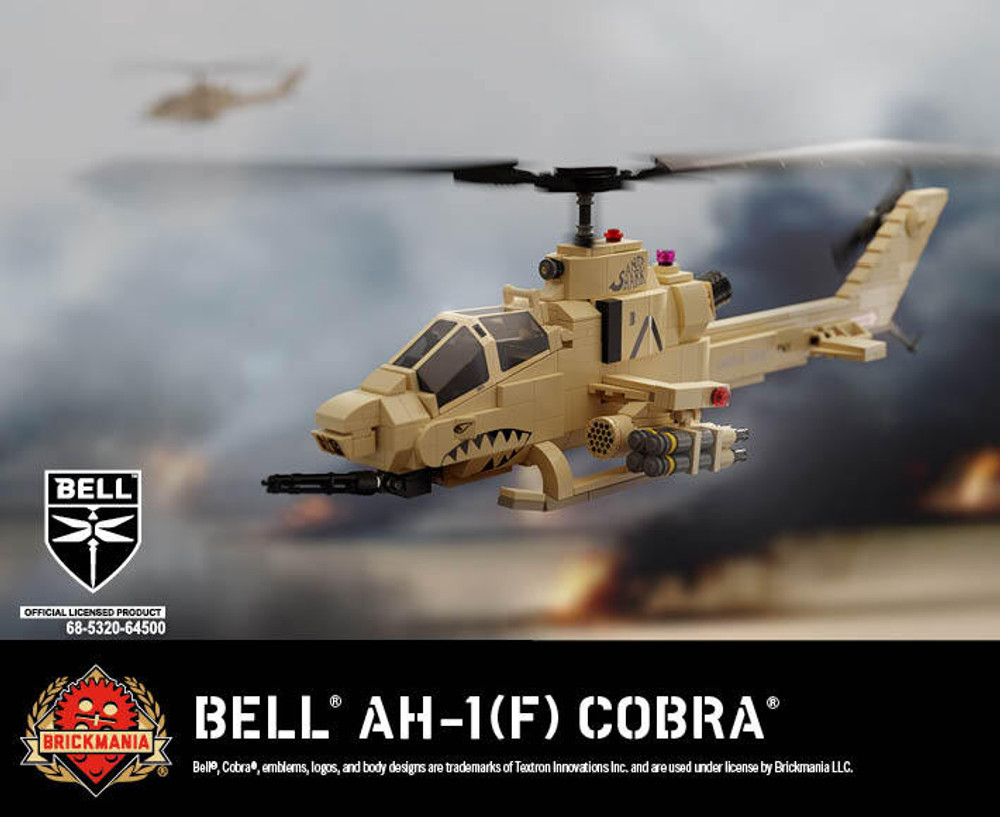 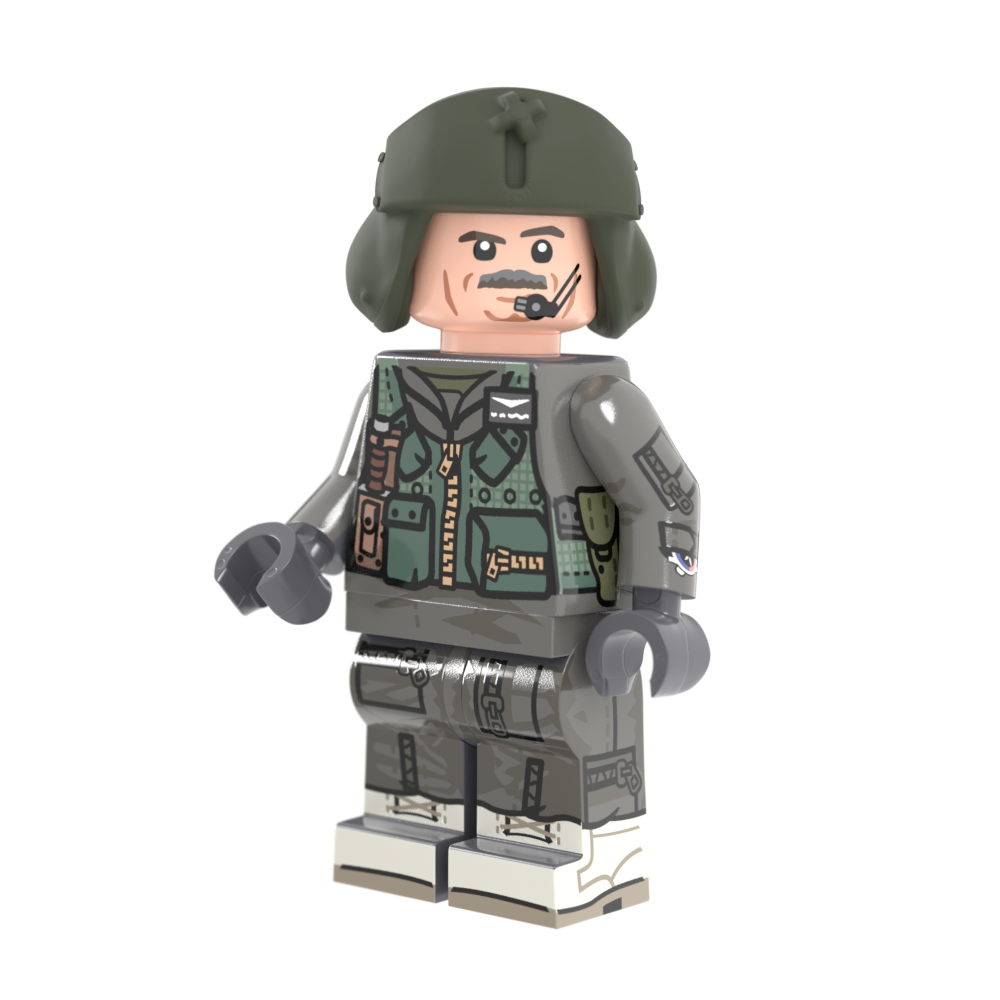 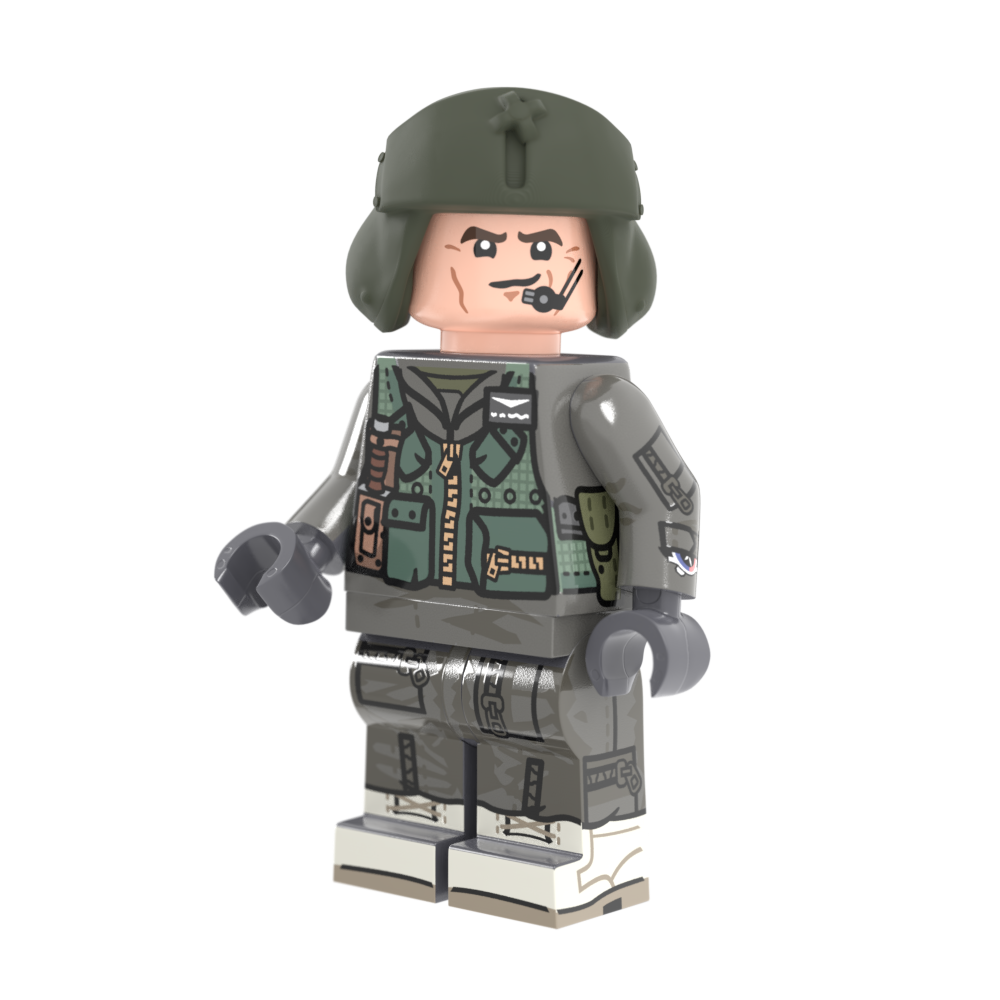 Operated from forward, remote desert bases, the AH-1(F) Cobra® was essential for destroying Iraqi armored vehicles and various ground targets. This particular AH-1(F) Cobra® represents the 2nd Aviation Brigade, 2nd Armored Calvary Regiment (ACR) during Operation Desert Shield and Desert Storm in 1991. On February 23 of that same year, the 2nd Cavalry attacked across the Saudi–Iraq border during a series of encounters with the Iraqi Army. During the attack, the 2nd Squadron, 2nd ACR alone contributed 55 Iraqi tanks destroyed, 45 other armored vehicles, an equal number of trucks, and hundreds of Iraqi infantry KIA. The unit earned the Valorous Unit Award for its service. Beyond Desert Storm, the AH-1(F) Cobra® was also used by the US in Operation Restore Hope in Somalia in 1993, and in the invasion of Haiti in 1994. The Cobra® can still be found in service around the world in militaries like Japan, South Korea, and Turkey. 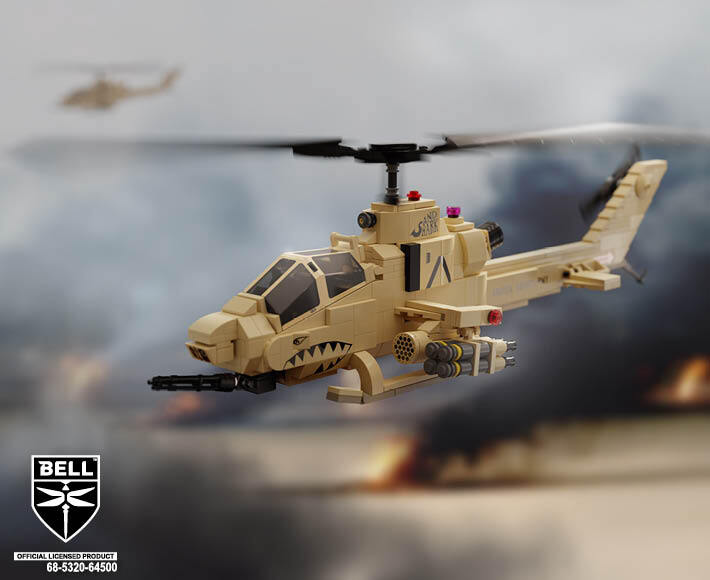 Bell®, Cobra®, emblems, logos, and body designs are trademarks of Textron Innovations Inc. and are used under license by Brickmania LLC.

U.S. Army is a Trademark of the United States Army, who does not authorize or endorse this product. Markings are used for historical purposes only.