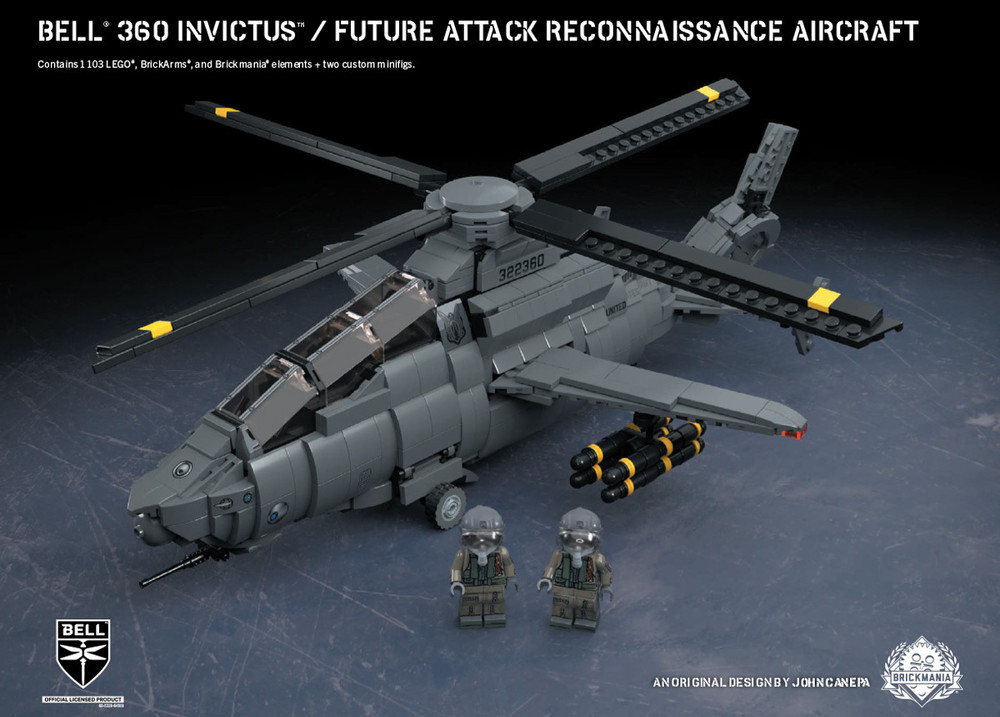 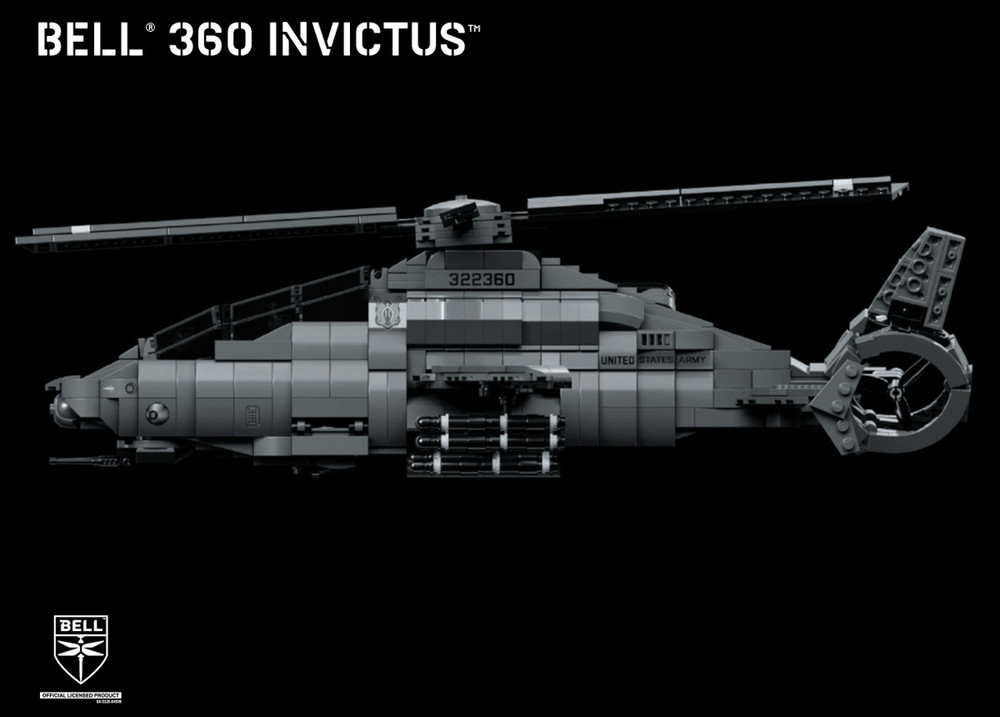 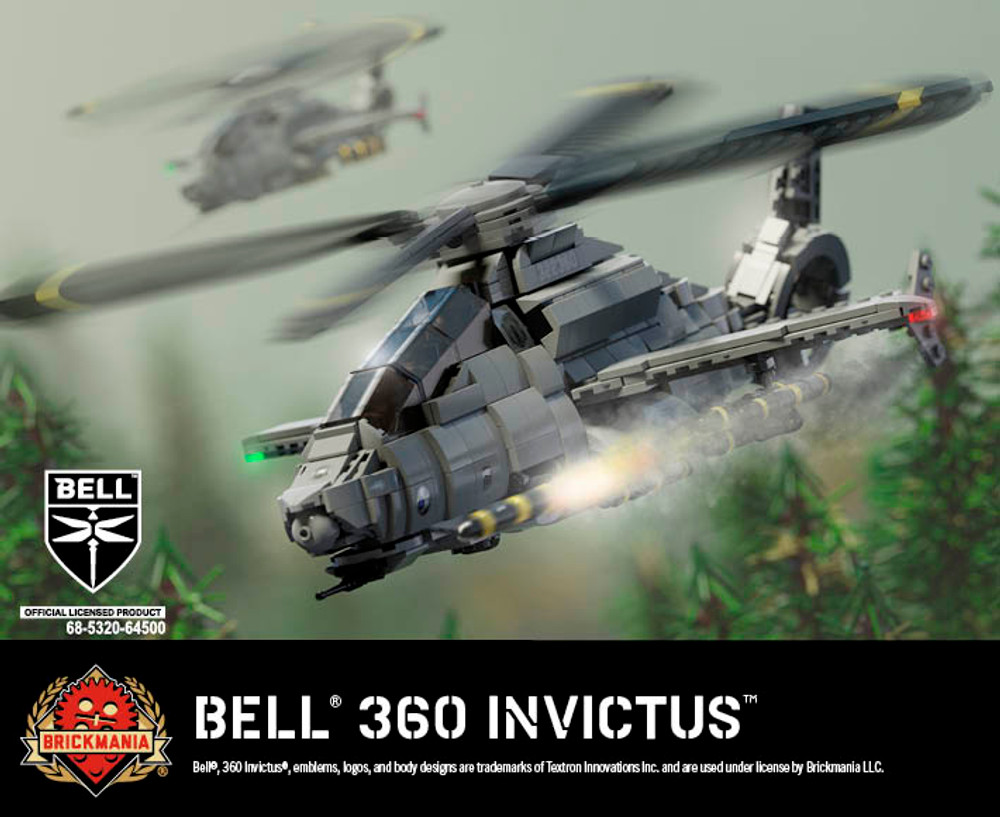 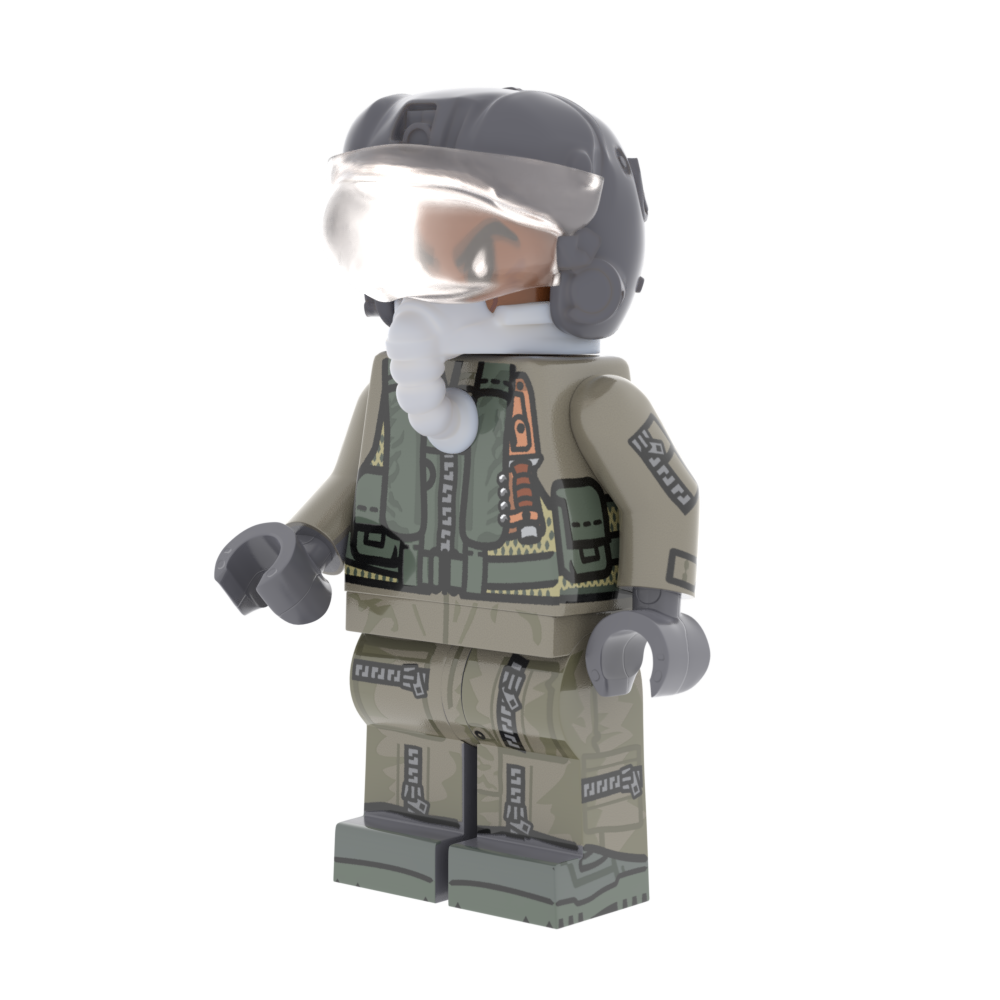 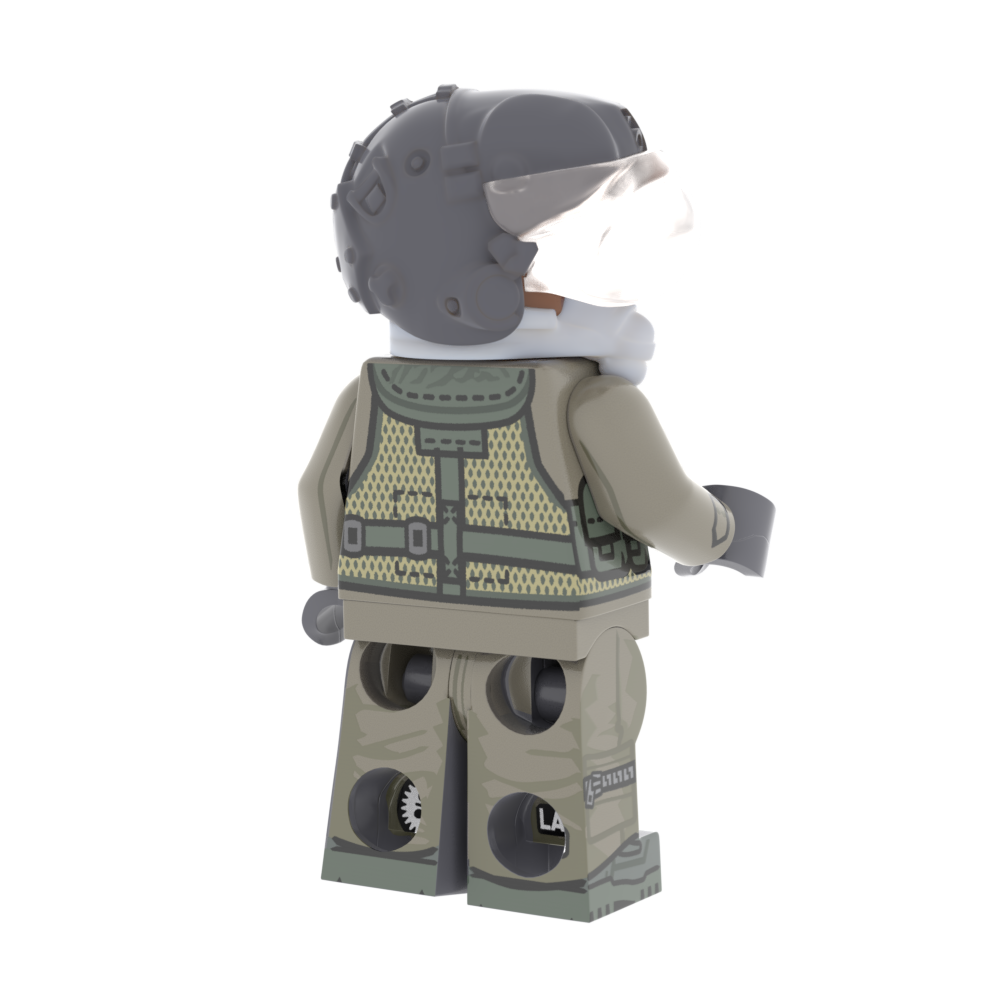 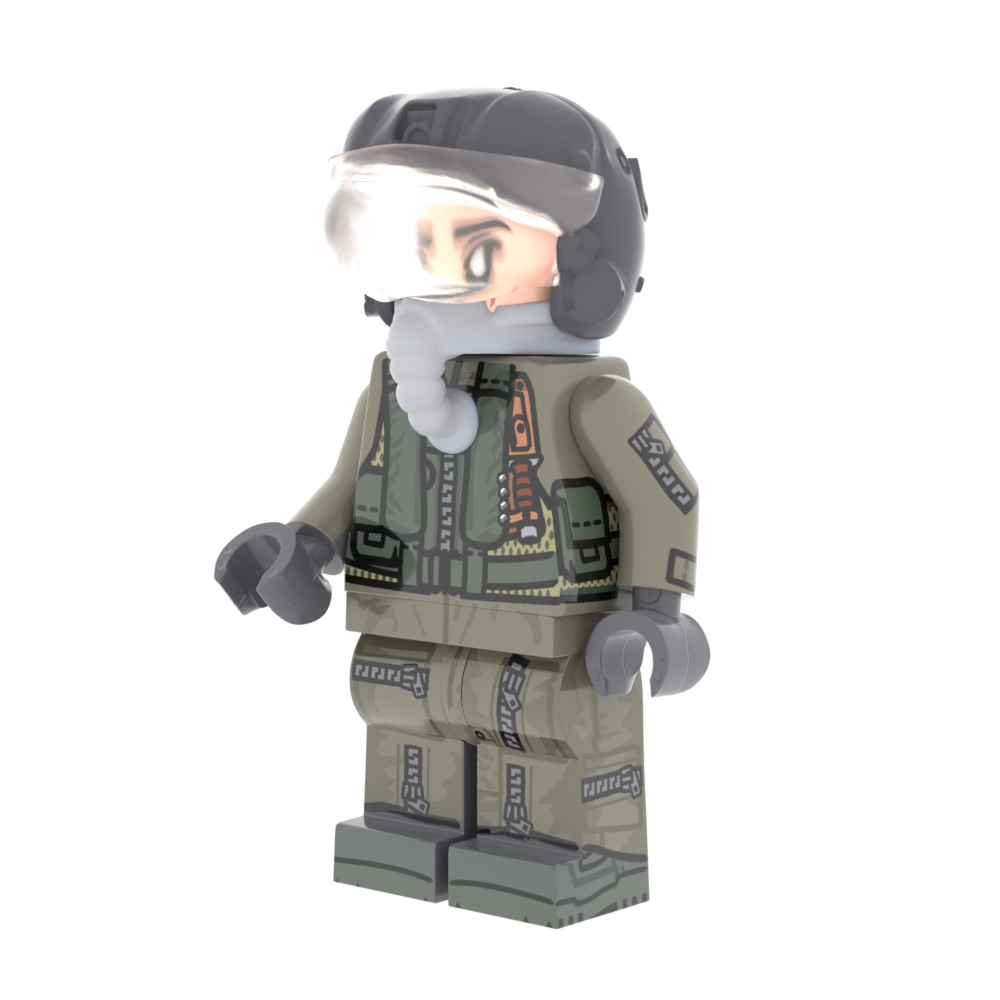 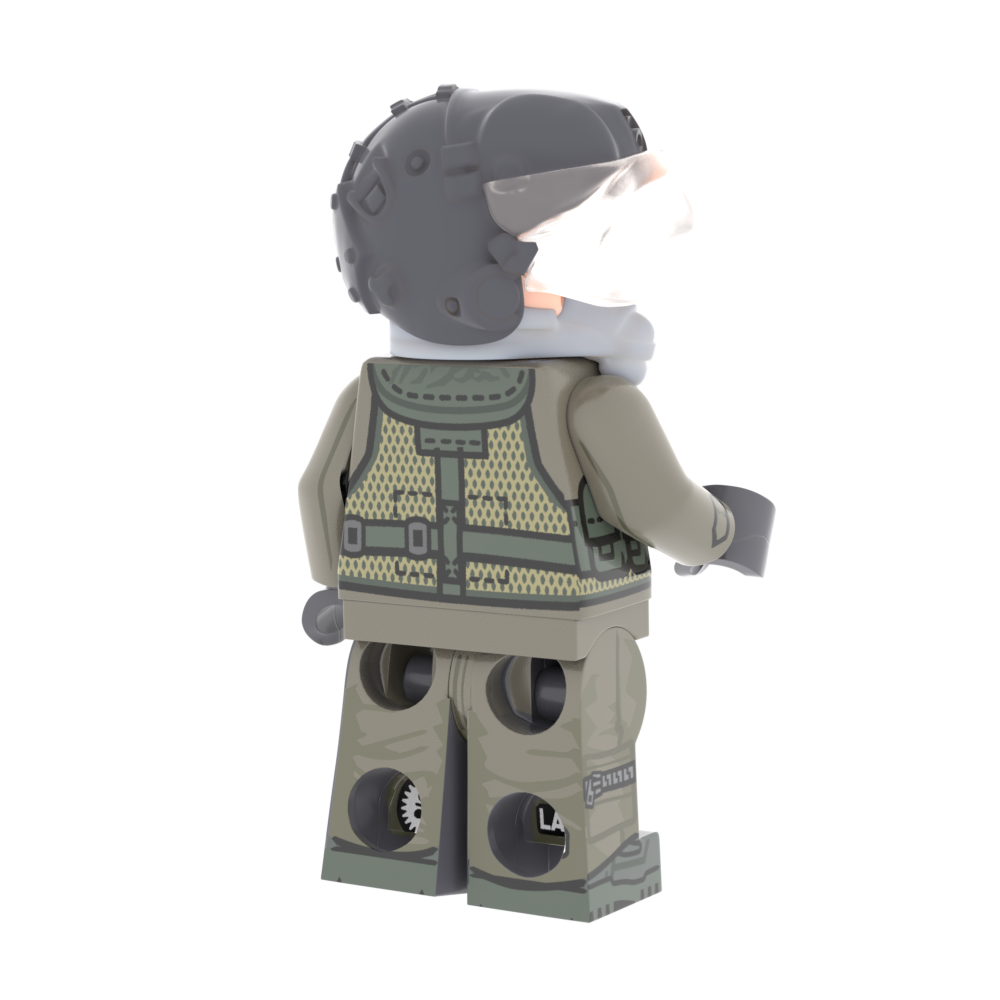 Developed to be the first into battle, and the last out, the Bell® 360 Invictus™ combines versatility, survivability, and lethality with practicality, sustainability, and simplicity to create a next-generation attack reconnaissance aircraft. The craft’s armament includes a 20mm cannon and an integrated munitions launcher deployed from the side of the craft’s belly. The Invictus™ is also highly maneuverable, with an advanced wing design capable of reducing the rotor lift for greater speed and agility. The advanced digital flight control system provides options for regular upgrades while reducing complexity and technical risk, making it the perfect candidate to match the U.S. Army’s requirements for a Future Attack Reconnaissance Aircraft (FARA). 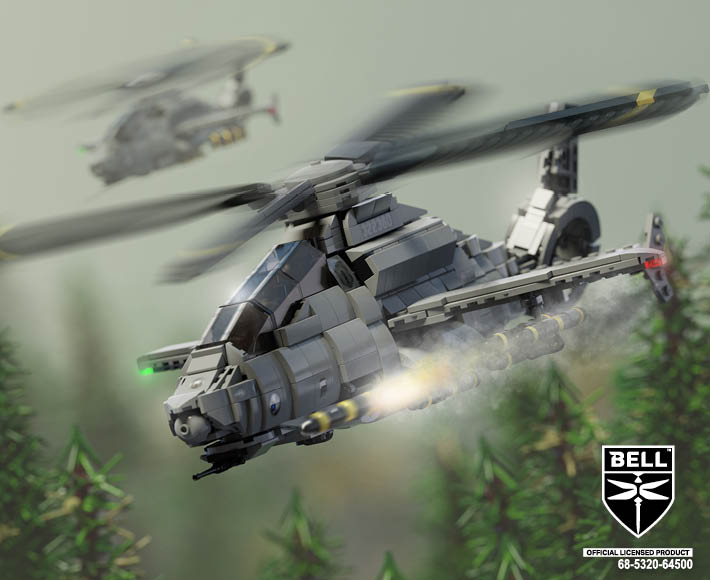 A kit design as futuristic as the craft itself, this model features fully printed details and no stickers, and an awesome internal and external armament. Apart from the two custom pilot minifigs, and custom printed internal and external details, this kit also features the craft’s iconic integrated munitions launcher as a play feature that can be deployed via the sides of the kit’s belly. Not to mention, a fully stocked external armament loaded onto the kit’s wings for that battle ready look. Additional play features include deployable landing gear, opening cockpit, and spinning top and tail rotors

Bell®, Invictus™, emblems, logos, and body designs are trademarks of Textron Innovations Inc. and are used under license by Brickmania LLC.