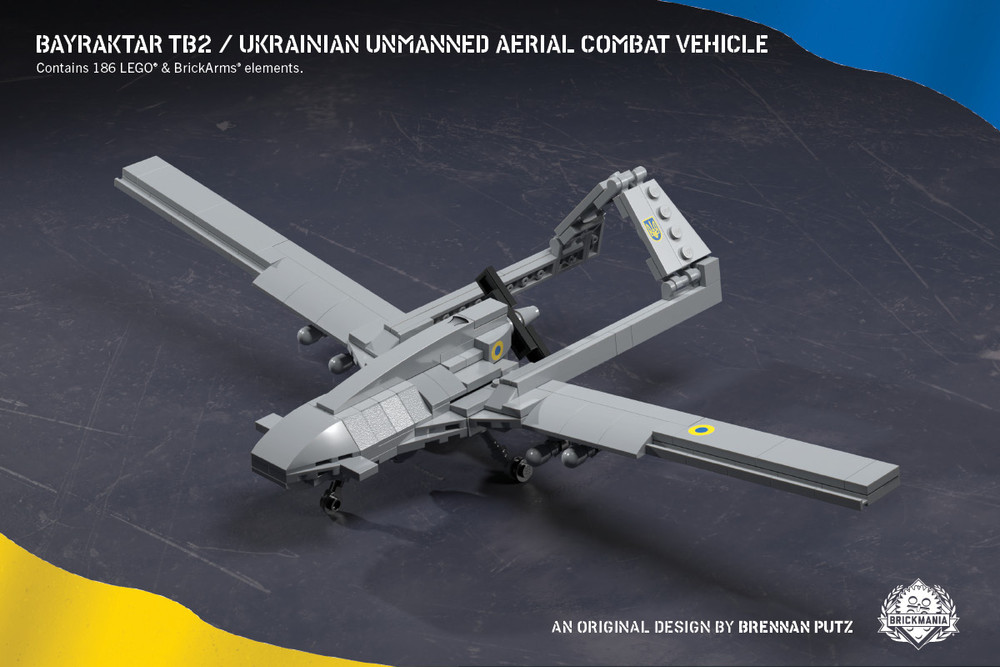 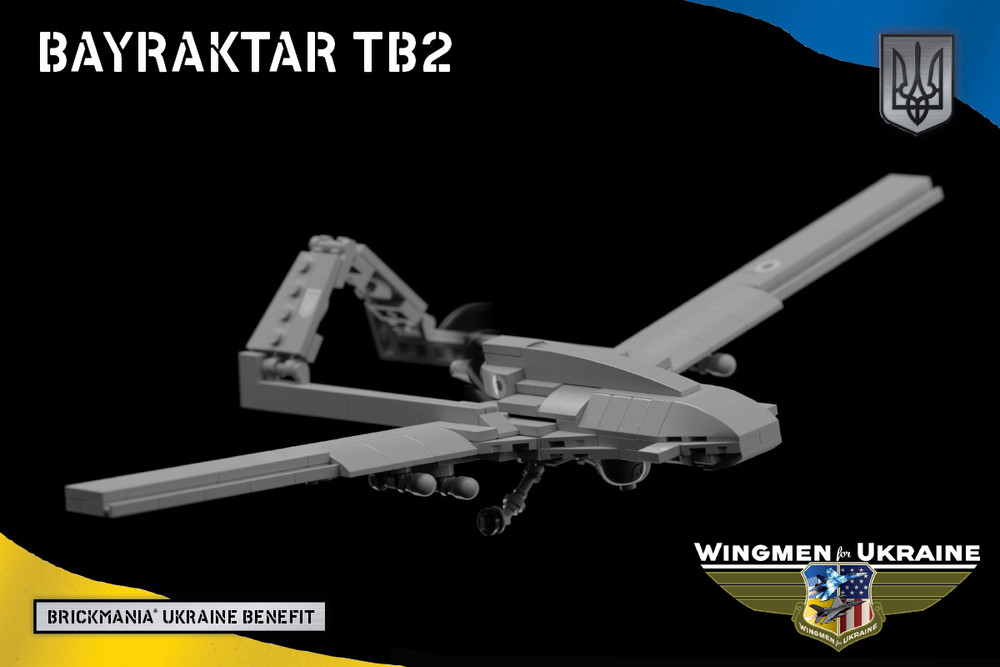 The Bayraktar TB2 is an unmanned arial vehicle (UAV)capable of either remotely controlled or autonomous flight. The aircraft are flown and monitored remotely by a crew in a ground control station, managing all aspects of the mission including weapons deployment. The largest operator of TB2 drones currently is the Turkish military but some models have been used by other countries including by Ukrainian forces during the 2022 Russian invasion of Ukraine. The Bayraktar TB2 UAV has a blended wing body design with an inverted V-tail. Thrust is generated by a variable pitch propeller in pushing configuration. The ground control station is based on a NATO shelter unit which is crewed by a pilot, payload operator and mission commander.

This small but mighty kit is the perfect addition to any modern MOC. It’s spinning propeller and multiple printed elements give it great detail, and BrickArms® scale munitions make it a deadly addition to your collection.