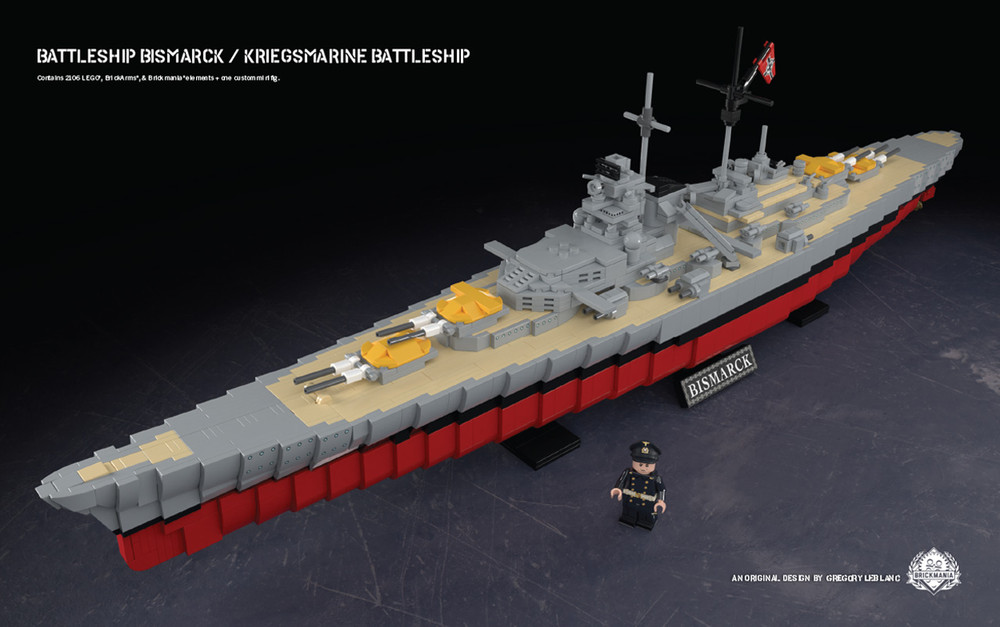 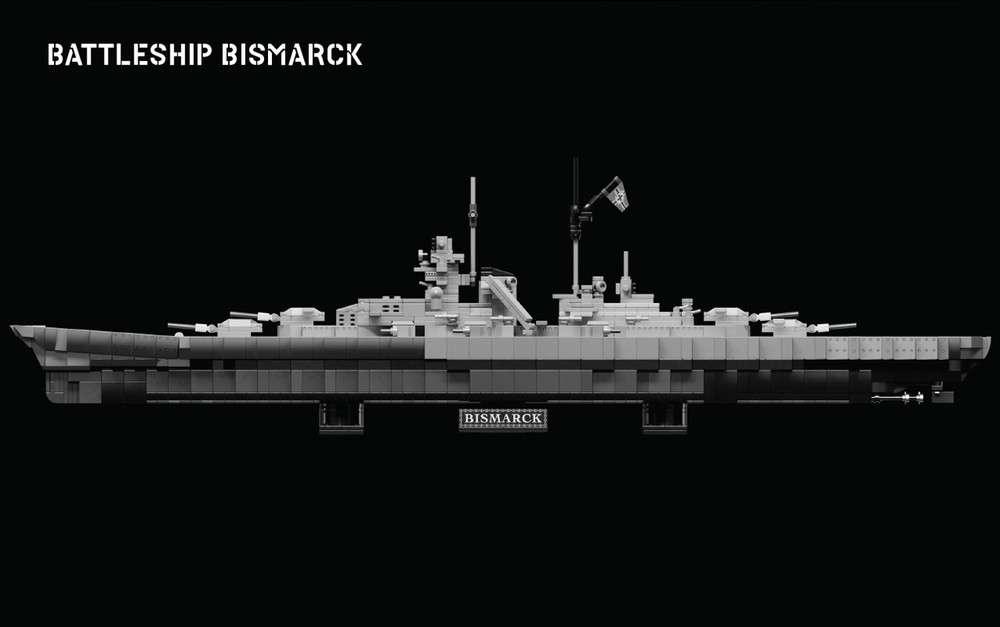 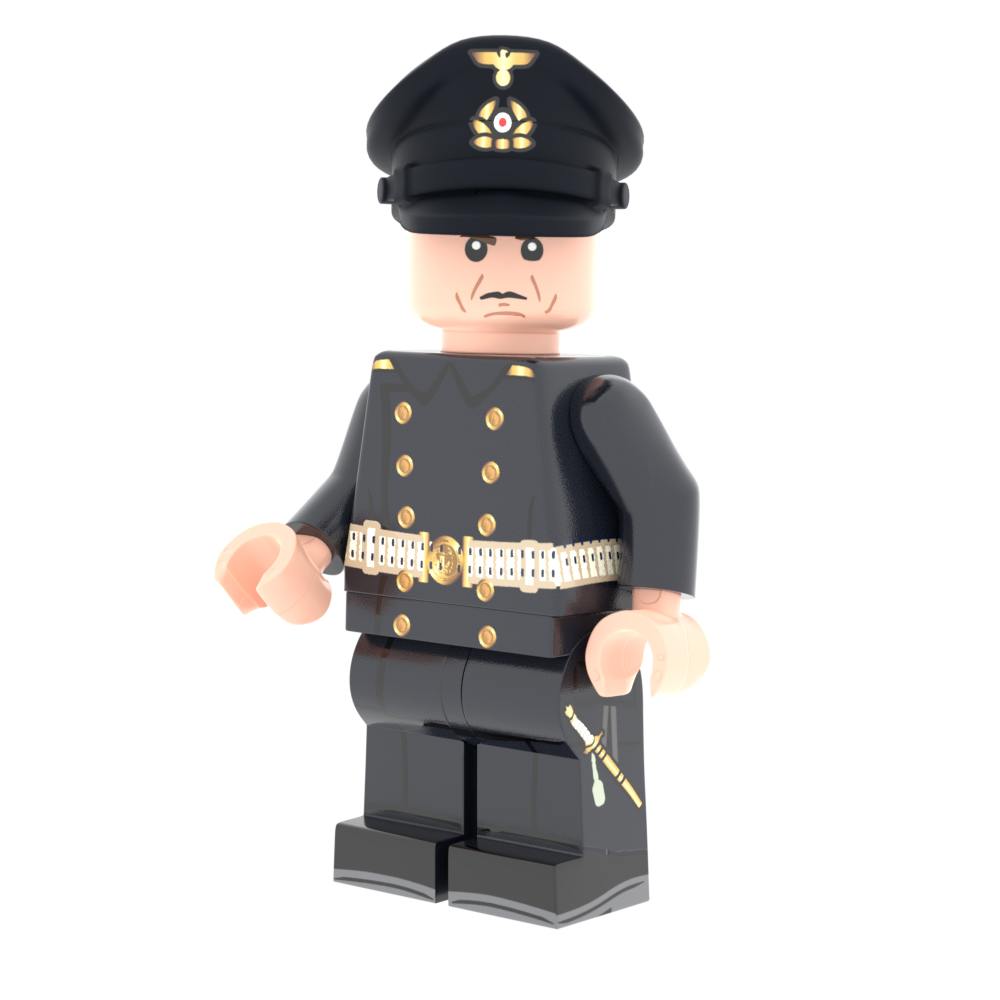 Sunk in the North Atlantic on May 27, 1941 by the British Navy, the German Battleship Bismarck was considered to be the most formidable battleship ever built. First launching just over a year earlier, the Bismarck was supposed to represent the revival of the German surface fleet. However, the sheer size of the British Navy turned out to be overwhelming even for a state-of-the-art battleship such as the Bismarck. In May of 1941, the Bismarck made a run for the Atlantic with almost the entire British Home Fleet tracking its movements. Days later the HMS Hood and Prince of Whales engaged the Bismarck near Iceland. Though it was able to destroy and sink the Hood, the Bismarck was damaged and leaking fuel. While making a run to occupied France, the Bismarck was further damaged by British Fairey Swordfish aircraft. Finally, just a day later, British ships open fired on the Bismarck, reducing it to a floating wreck which soon sank. Of the 2,221-man crew on board, just 115 survived.

This 1/350 scale model includes a variety of features, such as custom printed details (no stickers), rotating turrets, and a printed display stand. The model can be easily set up as full hull, waterline, or on a display stand. Also included is one custom minifig.