Battle of the Bulge U.S. Rifleman

About the Battle of the Bulge US Rifleman:

The Battle of the Bulge, sometimes known as "Hitler's Last Desperate Gamble", was a massive German offensive beginning in December of 1944. The Allies did not believe such an offensive was possible in the thick forest of the Ardennes region. As a result, the Allies were caught completely off-guard and the German advance created a "bulge" in their lines. German defeat would result from poor logistics and Allied resolve. This defeat in the Ardennes would cripple German ability to wage war and seal the end of the Third Reich in May 1945.

Brickmania® custom minifigures include detailed historical artwork based on the uniforms and equipment used at that time. This figure also includes color shifting and texture matching on an unprecedented level. These features are prominently displayed on the greatcoat and subtly featured on rosy cheeks. Also included is a custom printed BrickArms® M1 Steel Pot helmet. All artwork is designed and professionally printed at the Brickmania HQ in Minneapolis, MN. 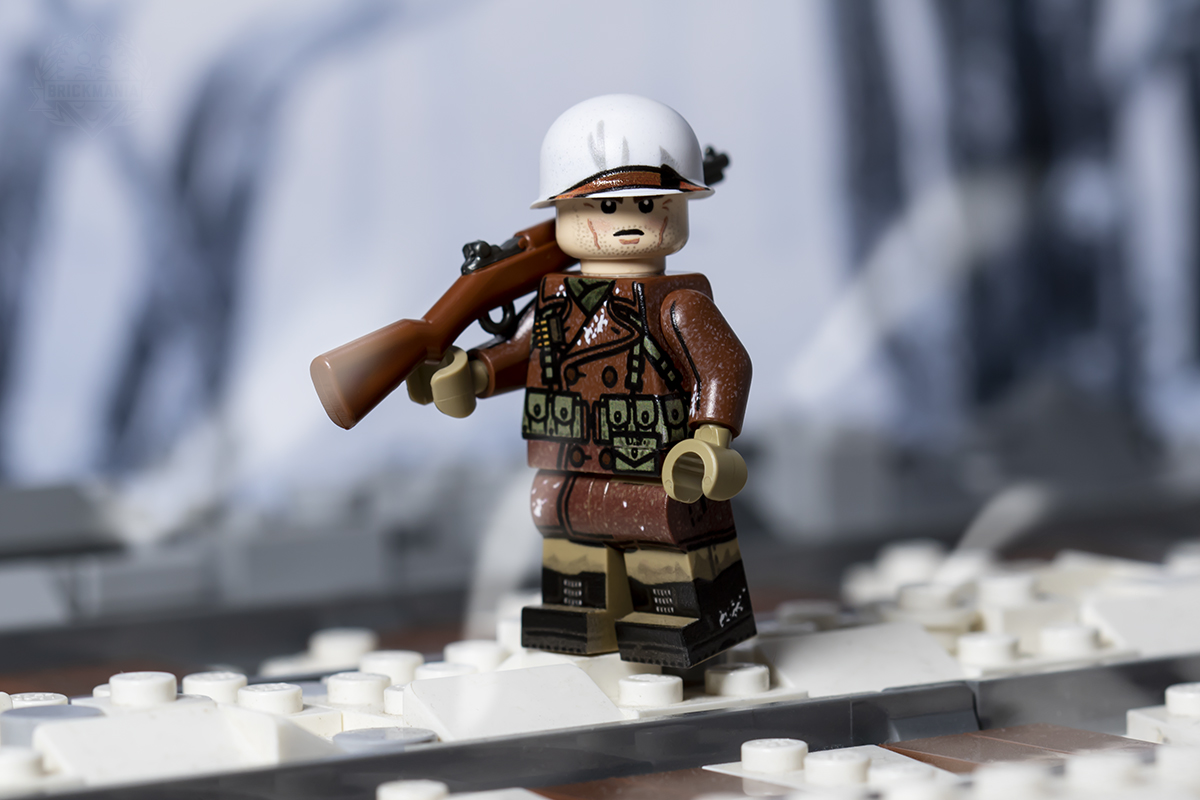 NOTE: BrickArms® pictured with this custom minifigure are sold separately. LEGO and the LEGO Minifigure are trademarks of the LEGO Group, which does not sponsor, authorize or endorse this site or these products.