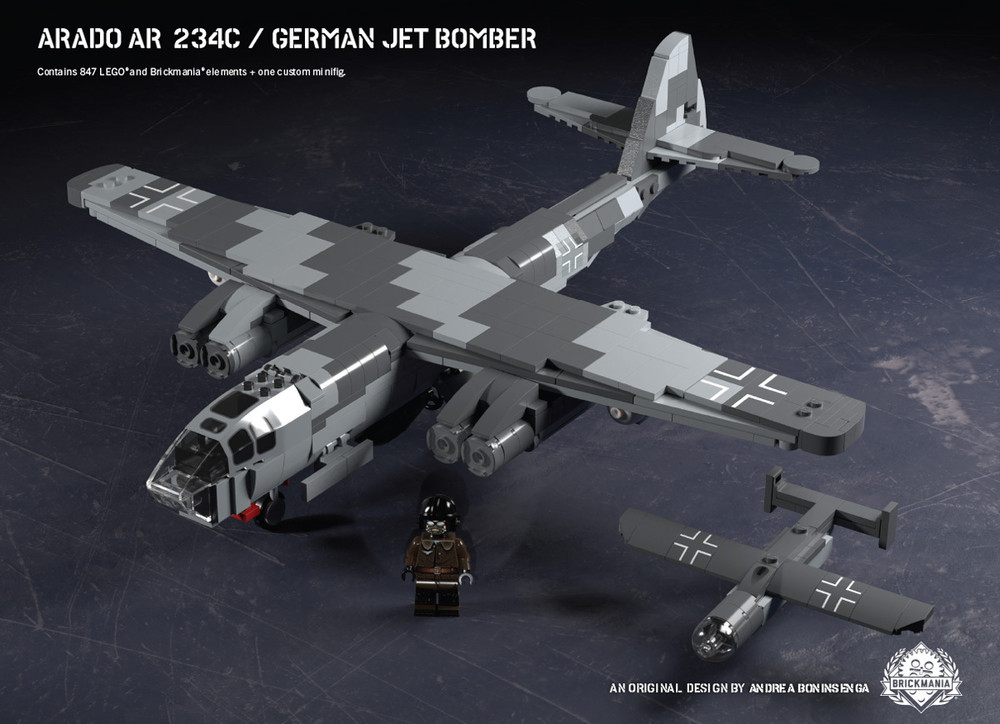 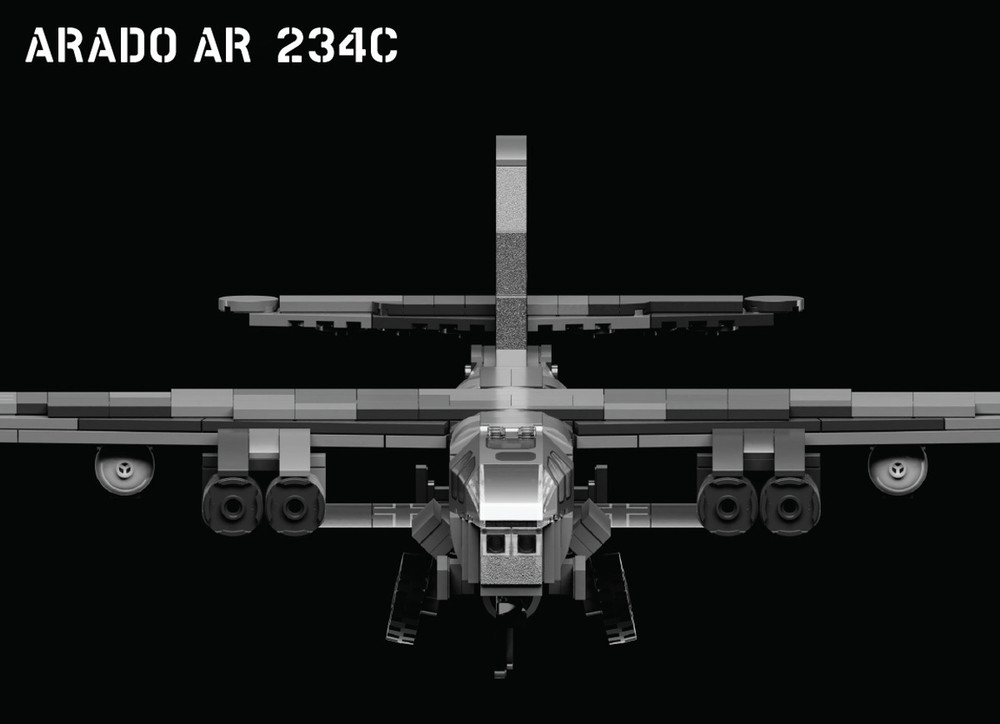 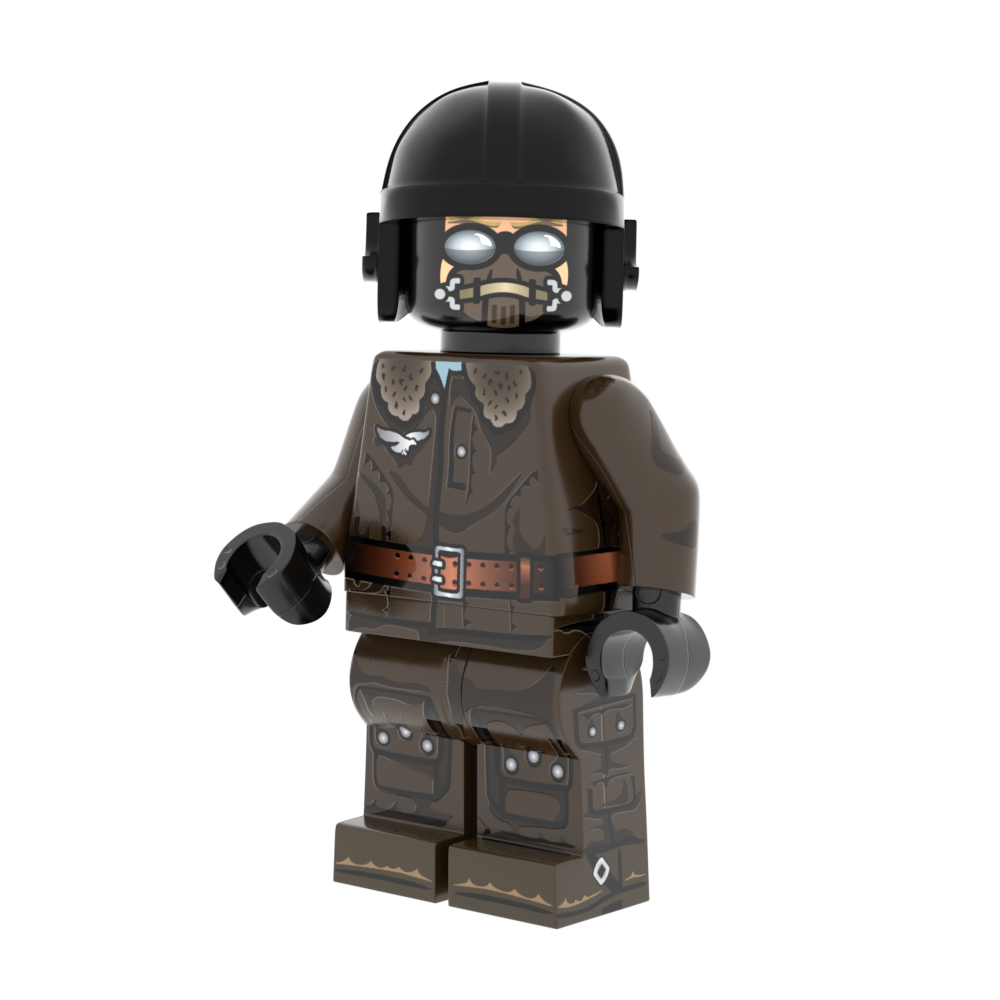 The world's first operational jet-powered bomber, the Arado Ar 234 proved to be nearly impossible to intercept in its few uses as a bomber. Angered by the success of the British Mosquito, Hitler was determined to create an even faster aircraft that could fly over enemy territory with near total impunity. The Arado Ar 234 did just that and was the fastest combat aircraft in the world – slightly faster even than its cousin, the Messerschmitt Me 262 jet. Making it in many ways the most advanced of the Third Reich’s secret weapons.

The Arado E381 is a parasite fighter. Basically, if the fighter escort doesn't have enough fuel to follow to the target and back, just sling one of these up under the bomber and deploy it when under attack.

This kit includes both the Arado Ar 234C and Arado E381 builds as well as a custom minifig. There’s also the option and bricks to build earlier single engines that can be swapped out with the late twin-engine mounts. Both the single engine and twin-engines can be built at the same time. Both models feature custom printed Balkenkreuzes and many other details. Play features include working landing gear, detailed cockpit, and of course the deployable (and highly swooshable) Arado E381 build. Featured stickers include Balkenkreuzes for the sides of the Ar 234C as well as the canopy.