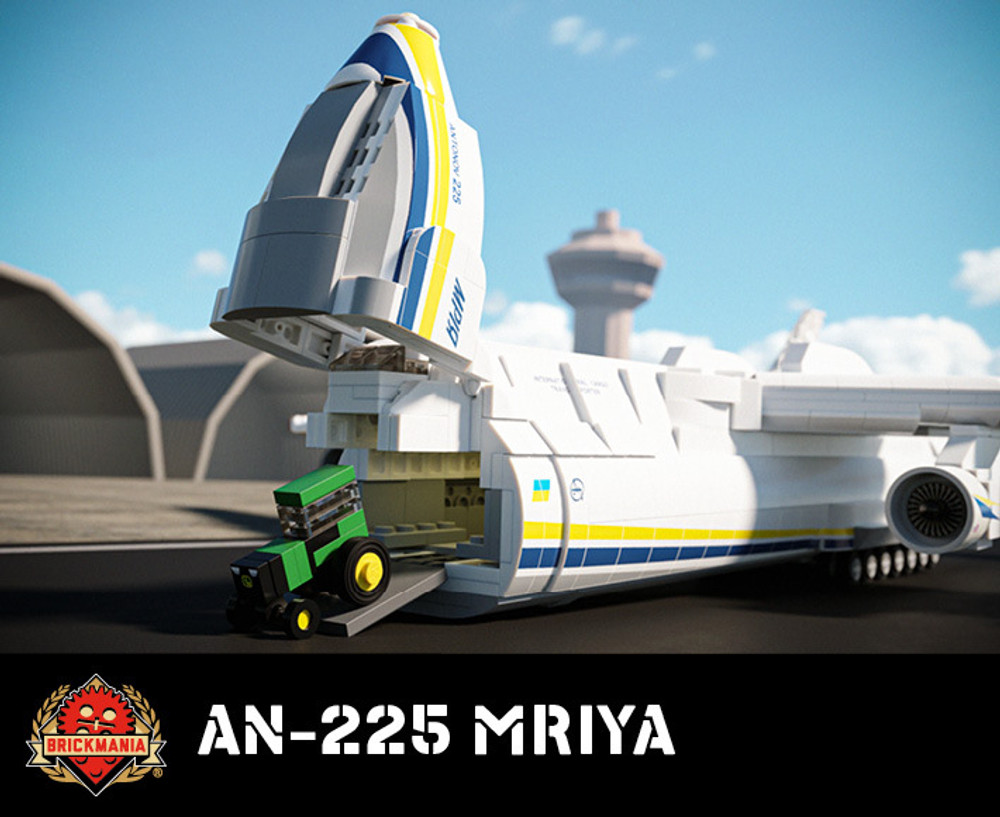 About the Antonov An-225 Mriya:

The Antonov An-225 Mriya was a strategic airlift cargo aircraft designed in the 1980s by the Antonov Design Bureau. It was originally developed to transport the Soviet Space Shuttle, and only one example was ever completed. After successfully fulfilling its military missions, it was refurbished and reintroduced into commercial operation with Antonov Airlines, carrying oversized payloads.

With a maximum takeoff weight of 640 tons the An-225 held several records, including heaviest aircraft ever built and largest wingspan of any aircraft in operational service. The Mriya attracted a high degree of public interest, attaining a global following due to its size and its uniqueness. People frequently visited airports to see its scheduled arrivals and departures.

The An-225 was destroyed in the Battle of Antonov Airport during the 2022 Russian invasion of Ukraine. 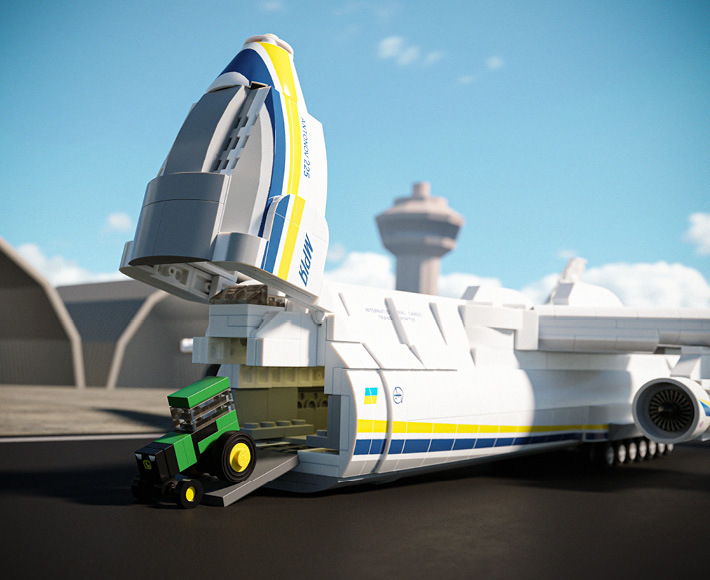 This massive 1/120 scale kit features over 140 printed elements, a working nose cone and hollow cargo compartment. Included with the build are parts for the stand, pieces to build both stowed and deployed landing gear modes and elements to build the "Ukrainian Parking Enforcement" tractor.