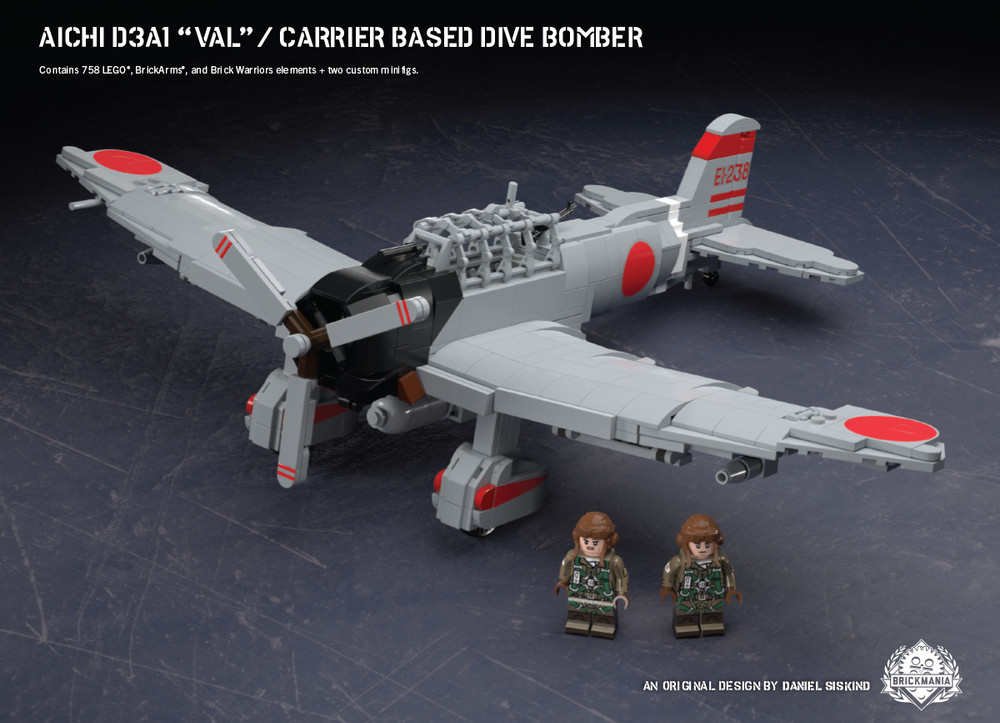 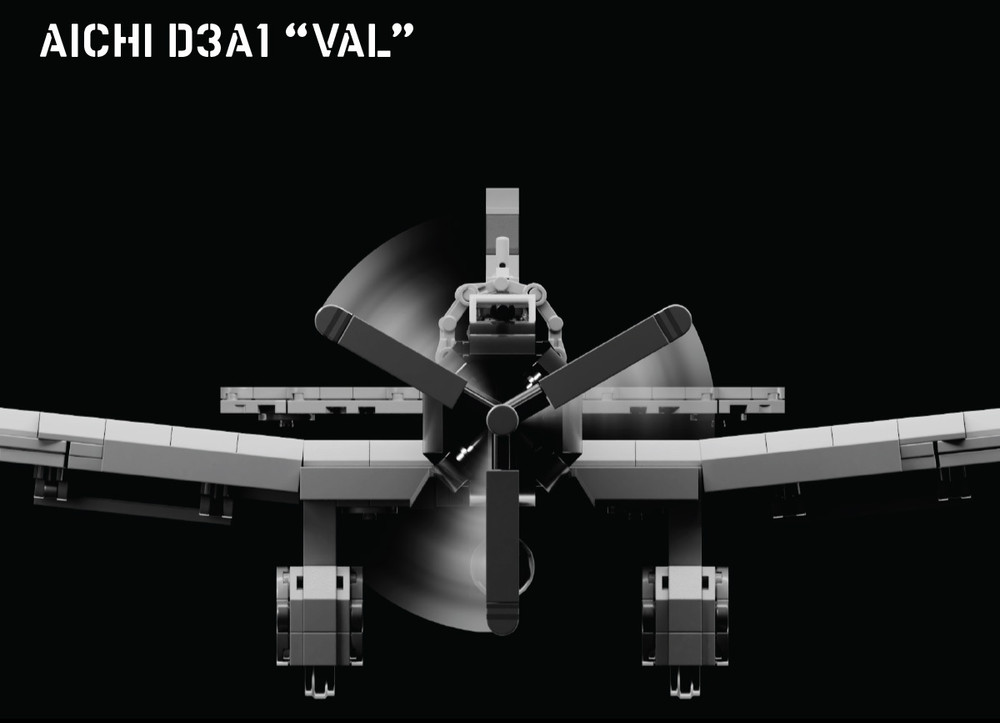 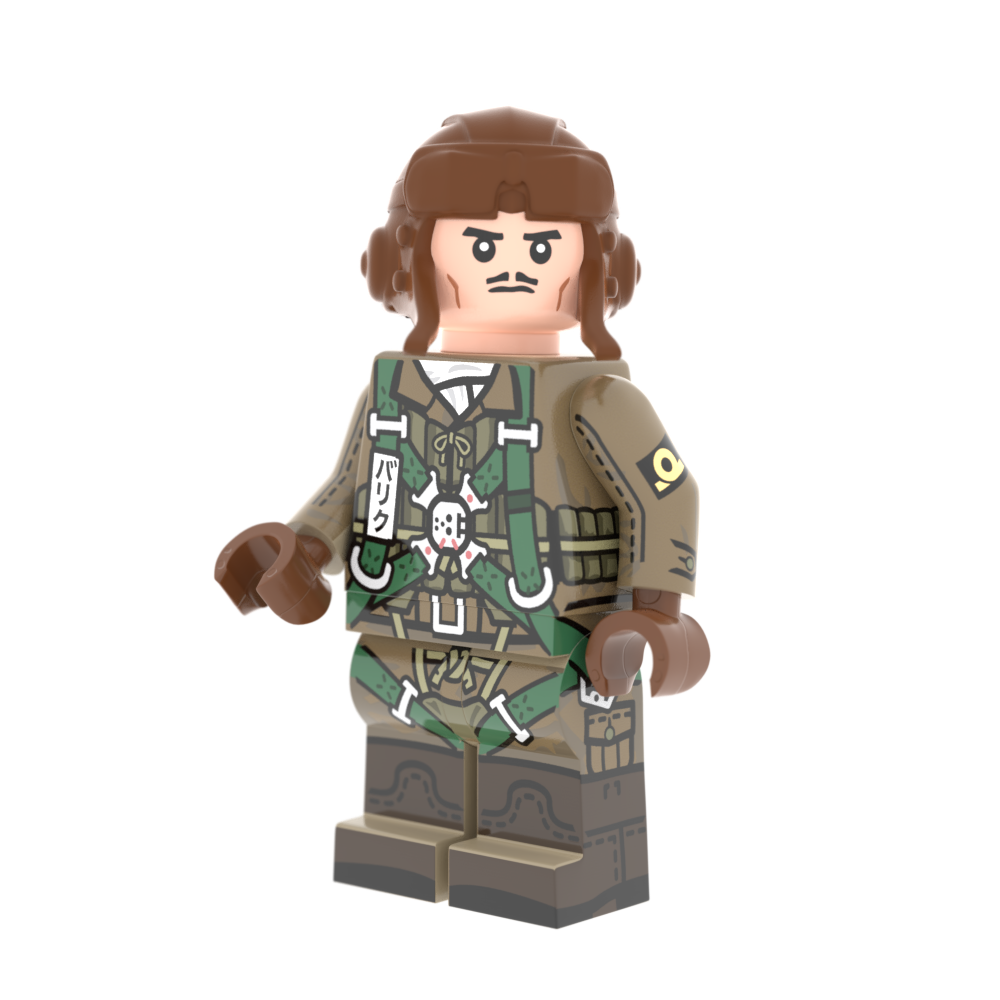 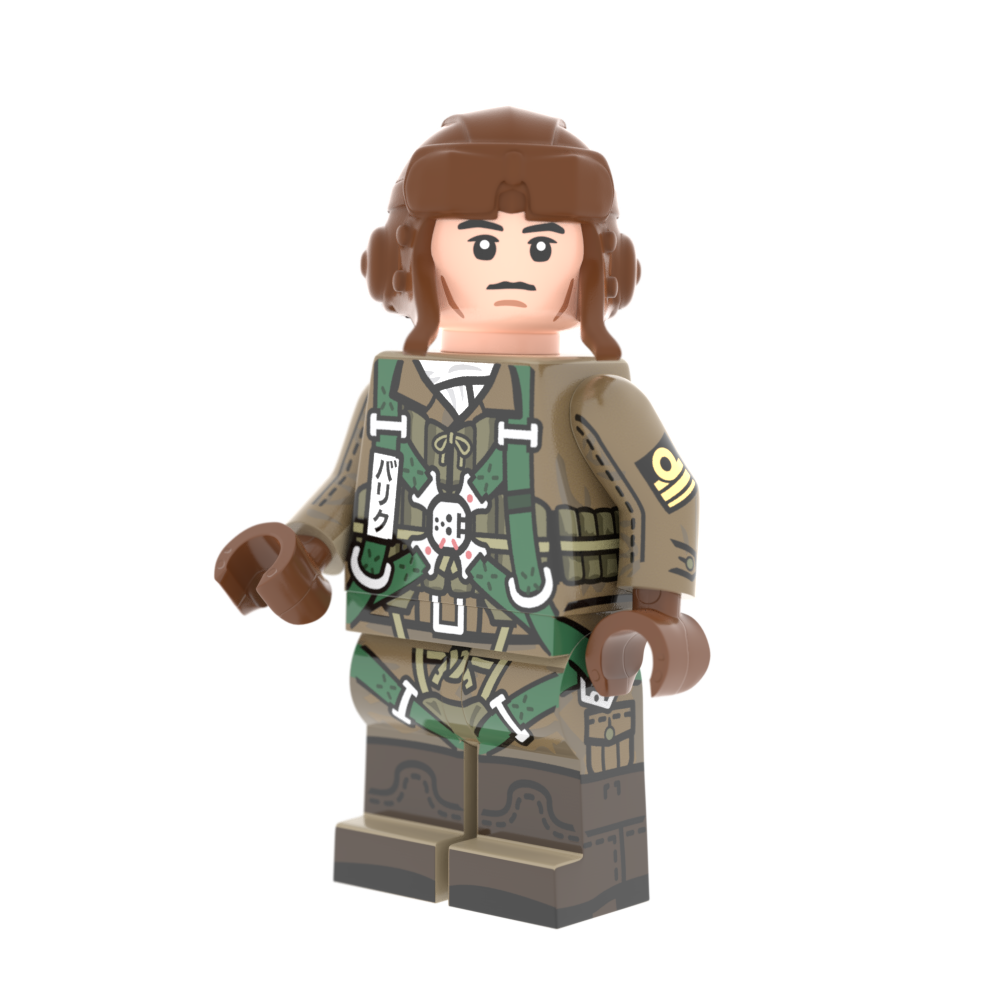 About the Aichi D3A1 "Val"- Carrier Based Dive Bomber:

Starting with the attack on Pearl Harbor, the D3A1 took part in all major the Imperial Japanese Navy carrier operations in the first 10 months of World War II. Responsible for the destruction of many ships, the D3A1 was highly effective as a naval bomber early in the war – especially against the British during the Indian Ocean Raid. In 1942, D3A1s were among the aircraft the Japanese used at Coral Sea, Midway, and the Santa Cruz Islands; making them one of the most prolific aircraft to take part in the war. Despite the aircraft’s lower speed, it was highly maneuverable, and well-trained Japanese pilots could use it effectively as a dive bomber while striking with great accuracy.

This kit once again offers an immense amount of custom printing. The only stickers on the model are the roundels on the side of the fuselage and the tail numbers. Otherwise, the landing gear details, cockpit, propeller stripes, and wing roundels on the top and bottom are all custom printing. Kits features include a BrickArms Lewis Mk2 Air machine gun, custom pilot and gunner minifigs, a brick-built external bomb, arrestor hook, dive brakes, and functional bomb trapeze. In addition, the wing tips fold up for carrier transport, the rudder is posable, and the rear cockpit can be designed to be covered or sport the mounted BrickArms Lewis Mk2 Air machine gun.