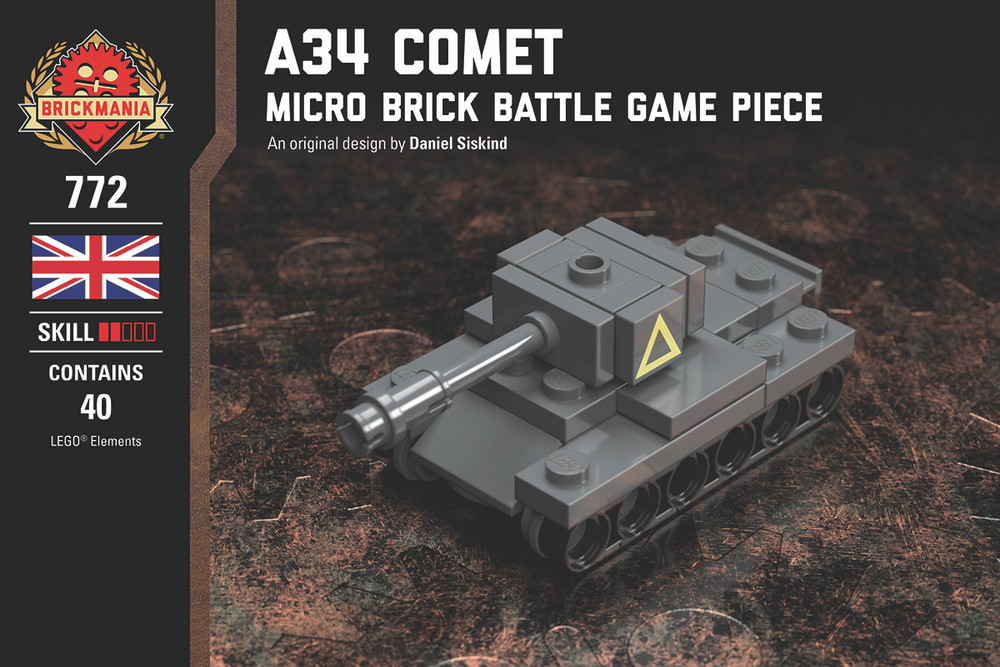 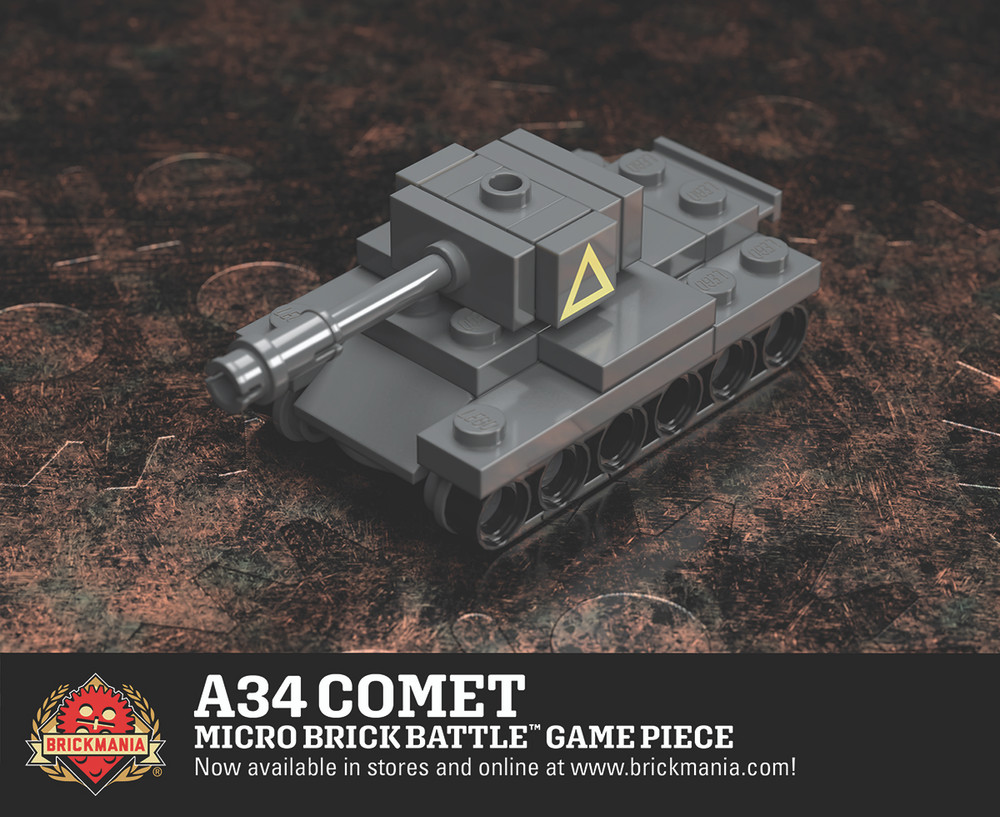 About the A34 Comet  - Micro Brick Battle Game Piece:

Used in North West Europe during 1945, the A34 Comet combined a lower-profile design with a new high-velocity gun capable of taking on the new German Panther and Tiger tanks produced at the end of World War II. 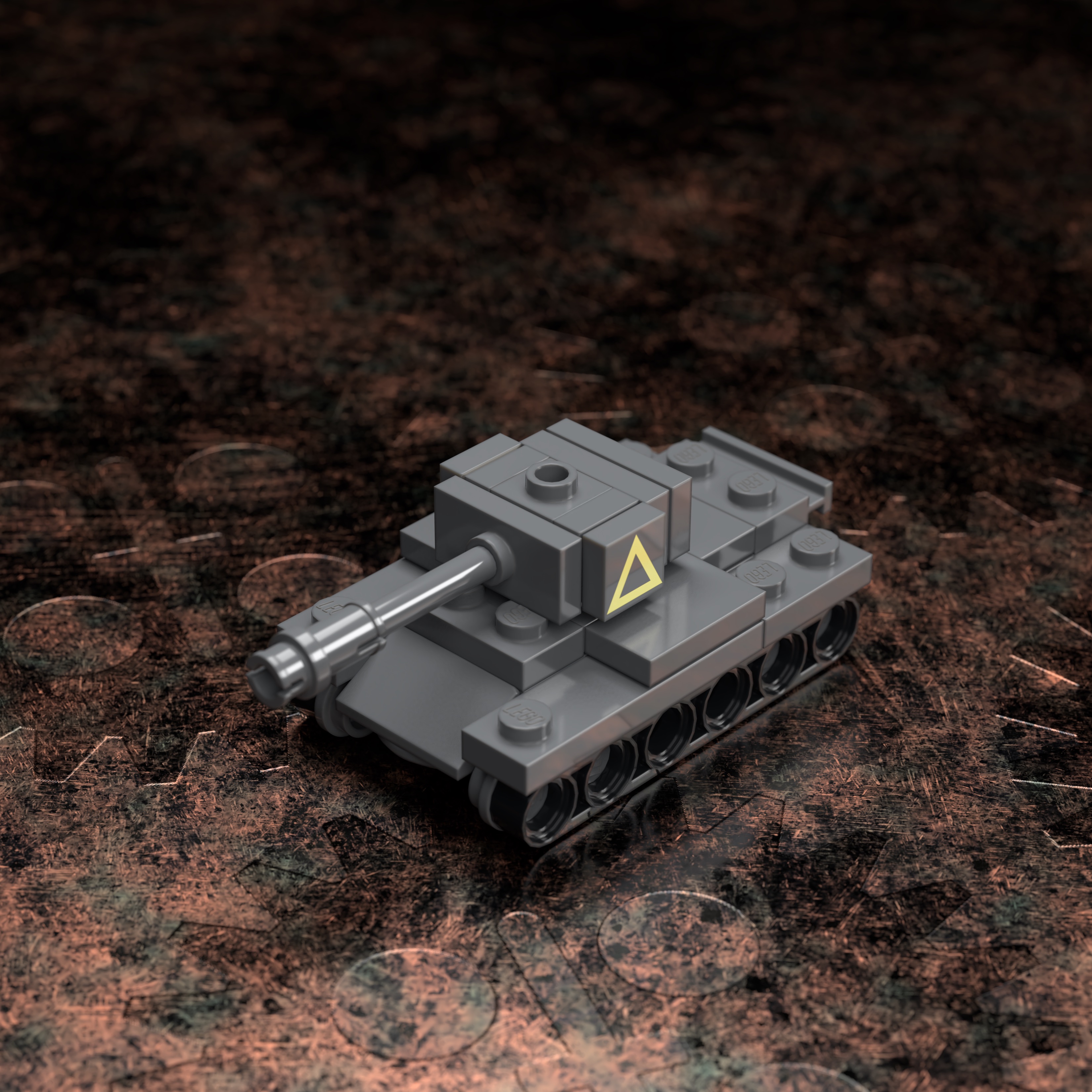