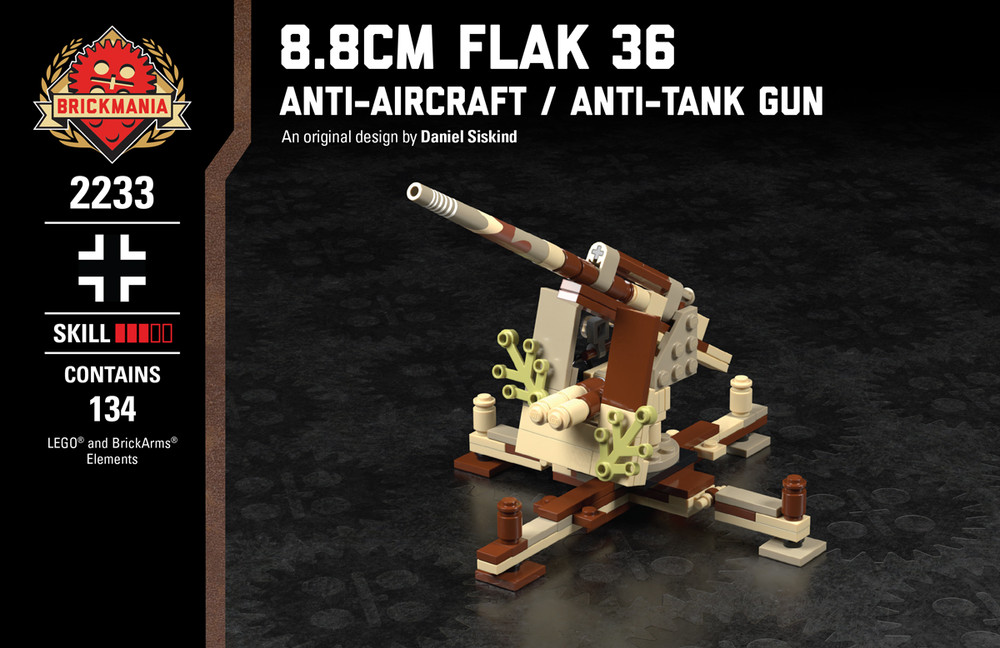 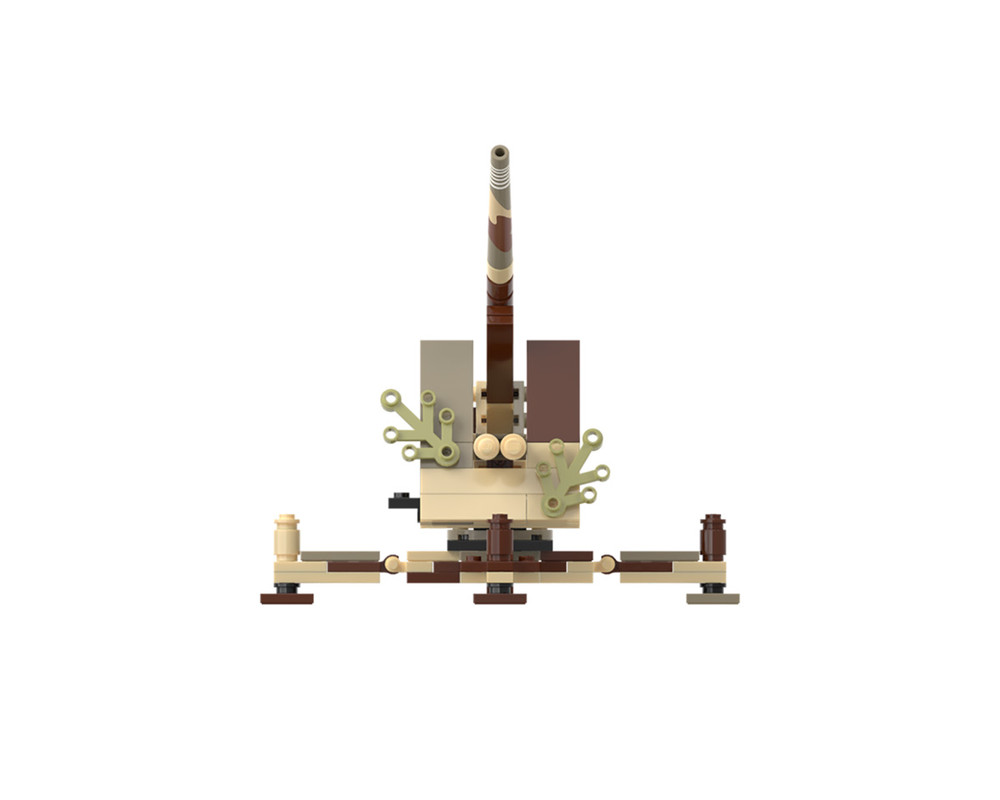 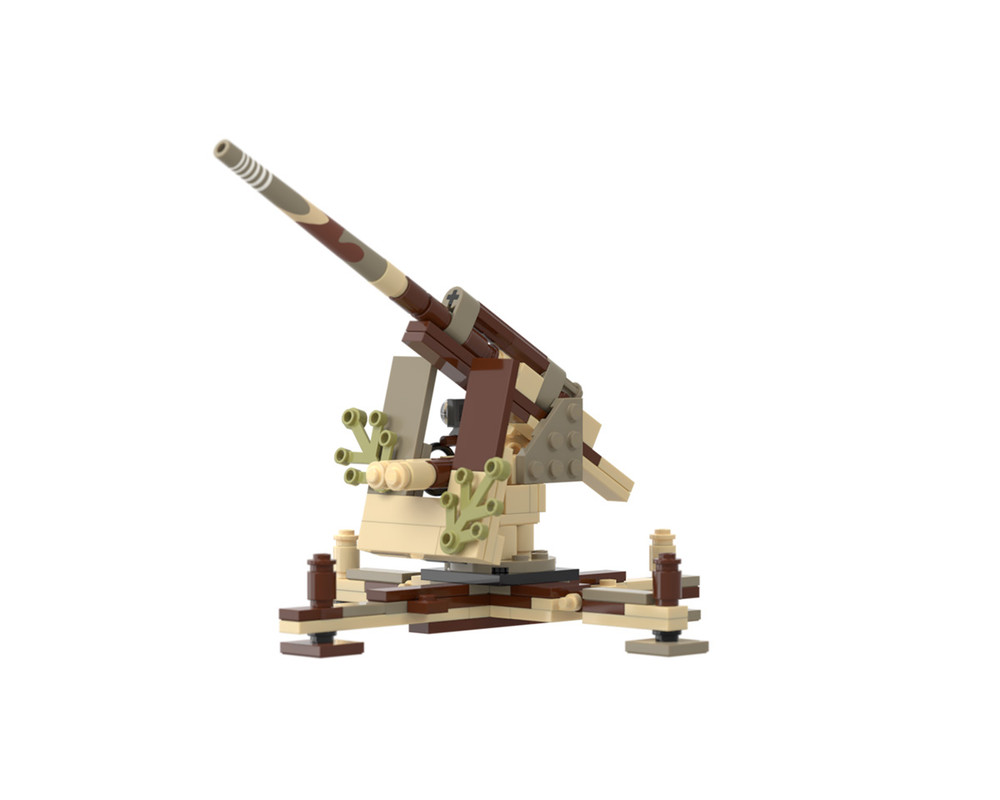 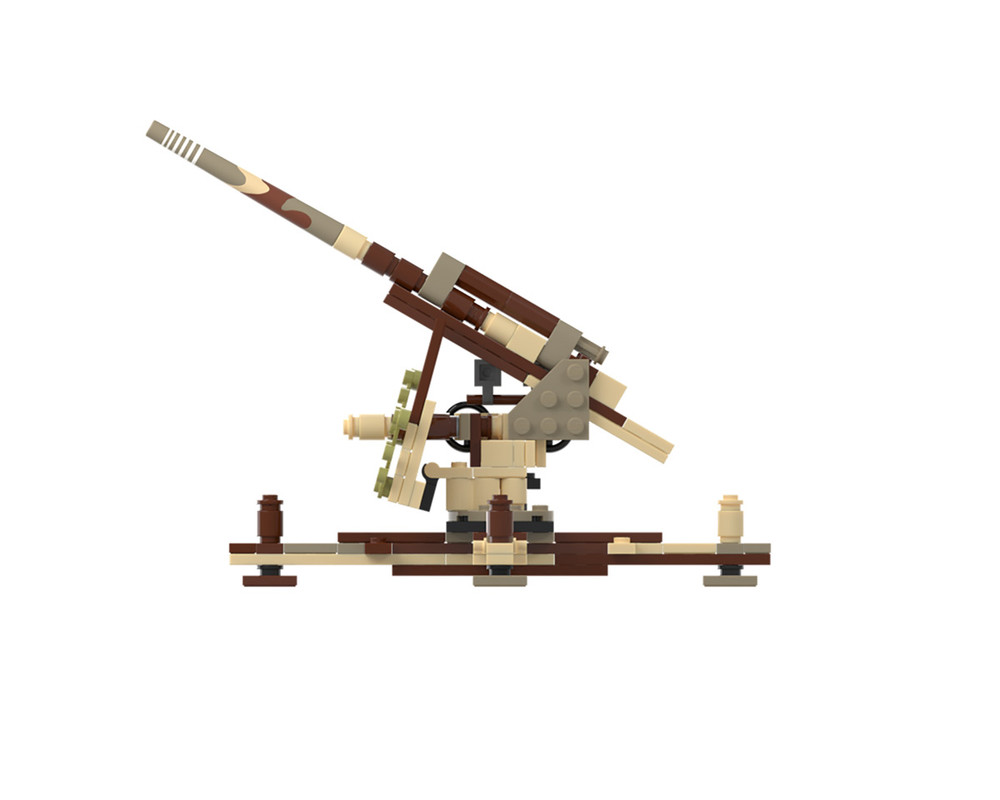 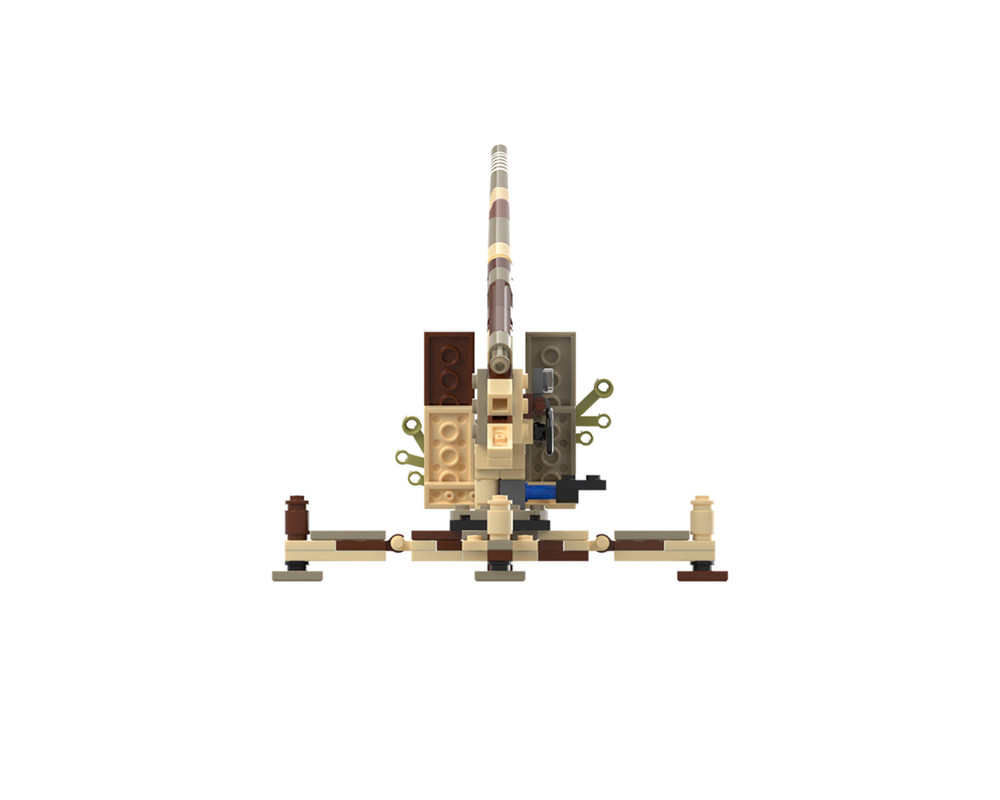 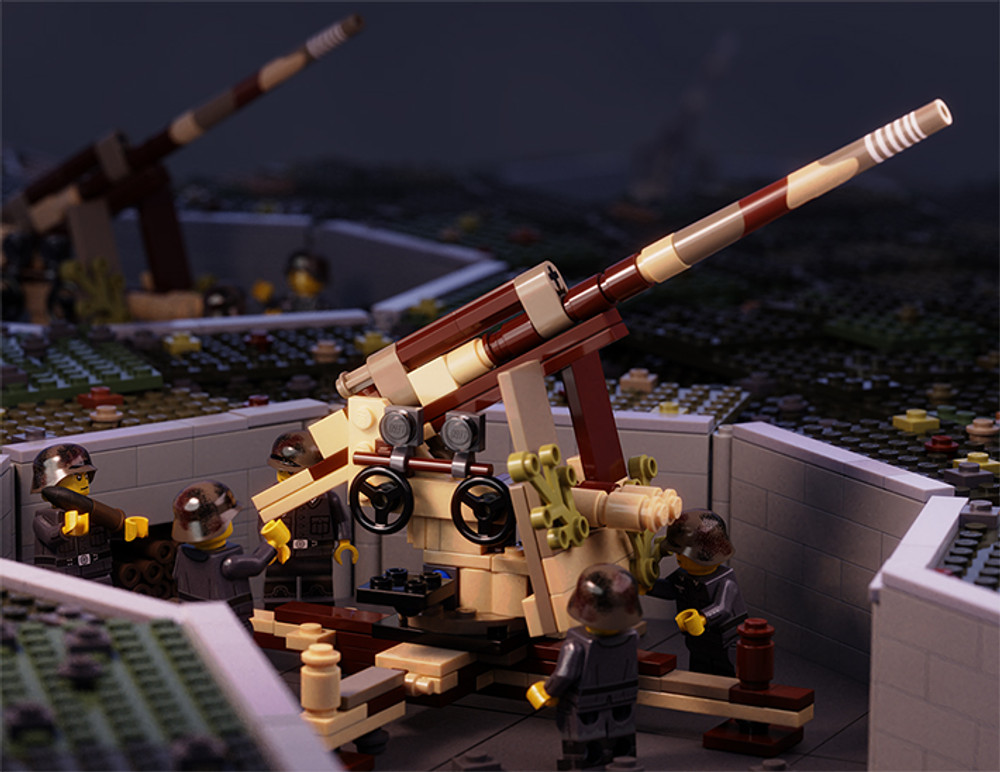 First created in 1934, the FlaK 18 or German 88 was developed in secret to avoid the restrictions of the Treaty of Versailles in 1919. The improved FlaK 36 followed soon after and became a favorite among German Army personnel because of its ability to slice through armor as far as 1,800 meters away. Though mostly used for air defense, the FlaK 36 saw some action as an anti-tank weapon as well, although its size and weight made it difficult to transport across uneven or soft terrain.

Later in the war, the FlaK 36 was mounted on railway cars and vehicles and was even used as the main weapon in the heavily armored German Tiger Tank. 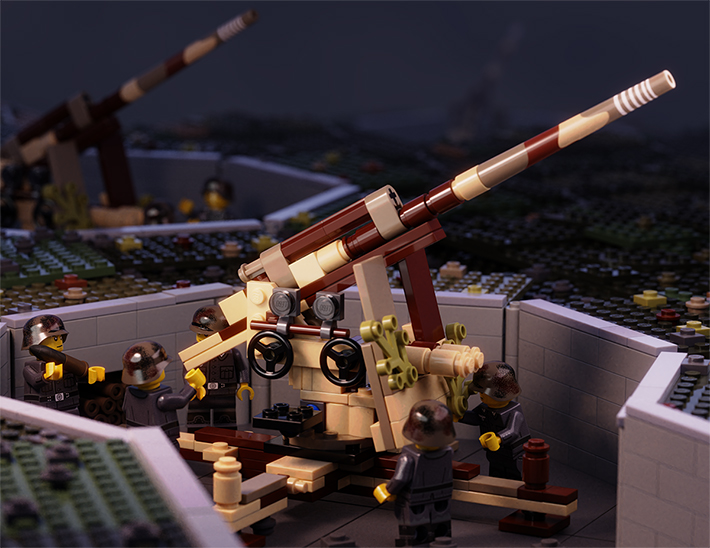 All Brickmania™ model kits are made of new-condition LEGO® bricks. This model comes disassembled and includes complete printed building instructions and comes packaged in a sealed box. This is a limited edition kit and production may be discontinued at any time.