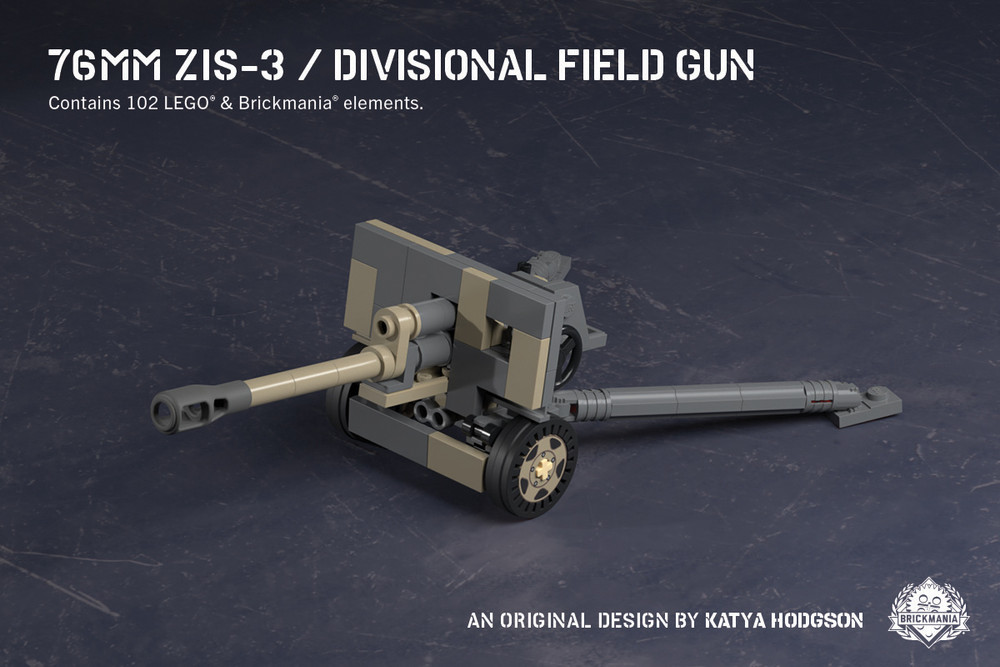 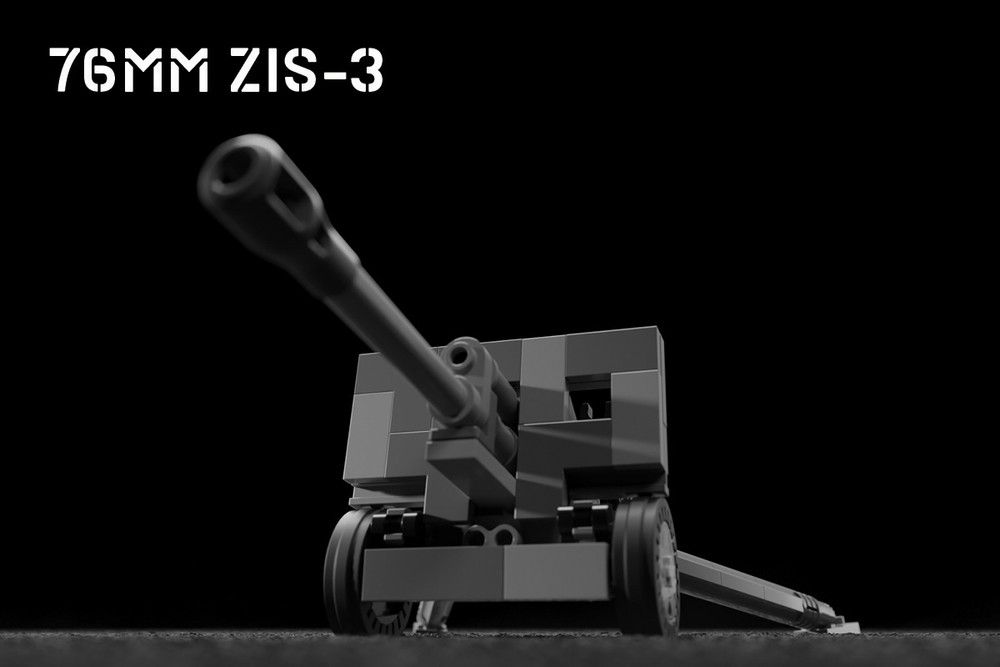 The 76mm ZiS-3 was built in secret at the No. 92 Artillery Factory under chief engineer V. G. Grabin. Production crossed the assembly line in 1941, simultaneously coinciding with Operation Barbarossa, the German invasion of the Soviet Union. Germany’s initial plunge into Russia destroyed or captured many of their pre-war artillery pieces. Still operating in secrecy, No. 92 Artillery Factory built ZiS-3 guns to answer the Kremlin’s call for aid. However, before shipment the existence of the guns was discovered. Government and military representatives rejected them initially, but the German advancement and Russia’s dire need for artillery pieces swiftly changed their minds. The ZiS-3 entered service and quickly became an effective piece that exceeded the capabilities of its predecessors. By early 1942, and with the approval of Stalin, the ZiS-3 became the M1942 Divisional Gun, and was commonplace throughout the Red Army.

The M1942 required a crew of seven to operate efficiently, while batteries consisted of four guns. At times the guns could be used as anti-tank weapons, though they were only effective against the medium and light tanks of the Germans. The most remarkable part of the M1942 design was its simplicity. Unskilled laborers could mass produce the gun quickly, thus getting the much needed materials of war to the front lines. In total, 103,000 guns were built during the war.

As simple as the real thing you’ll need more than a little ‘unskilled labor’ to put this kit together. Featuring printed wheels and brick built camo as well as a new muzzle brake custom element, this small but mighty gun is perfect for your latest MOC or desk defense redoubt.