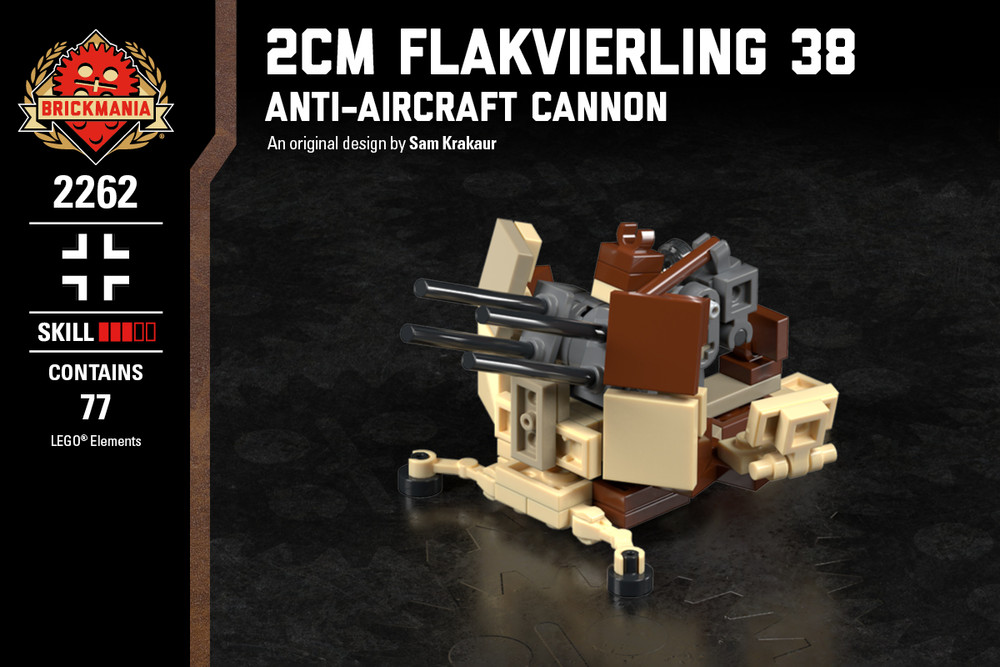 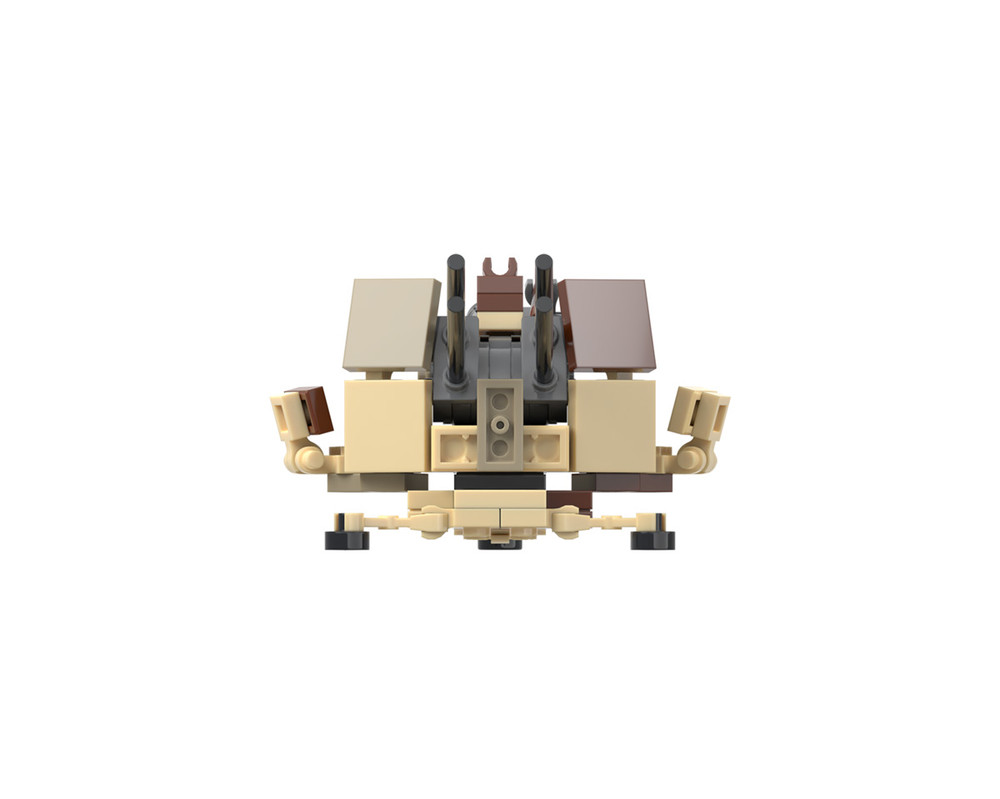 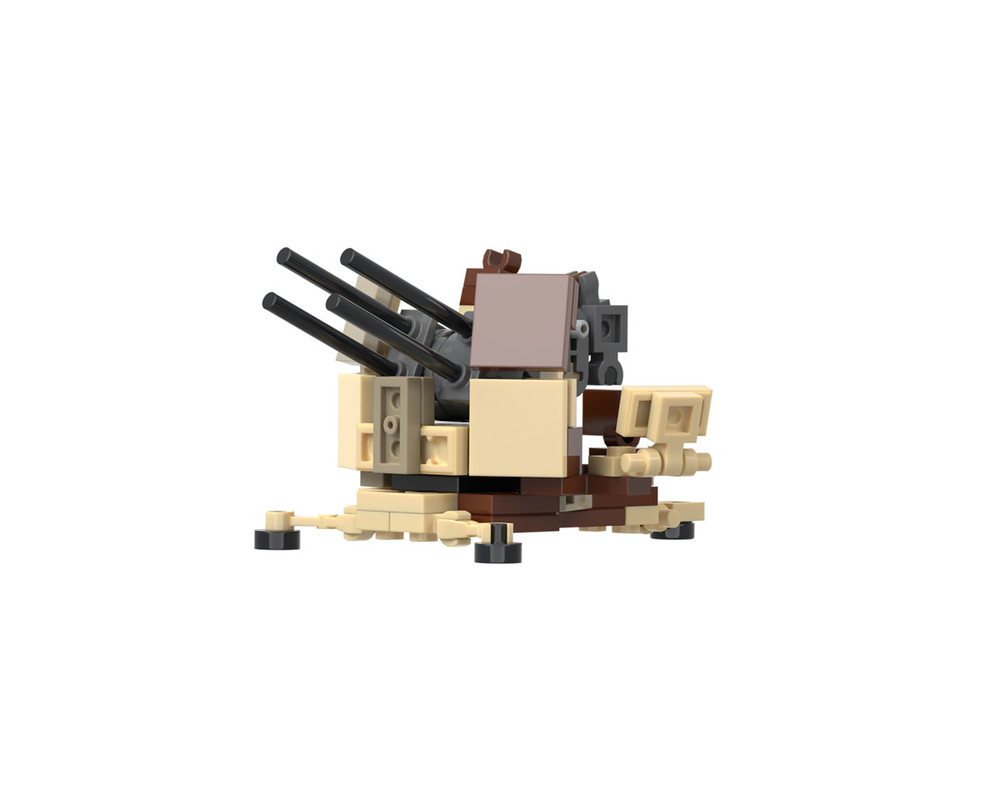 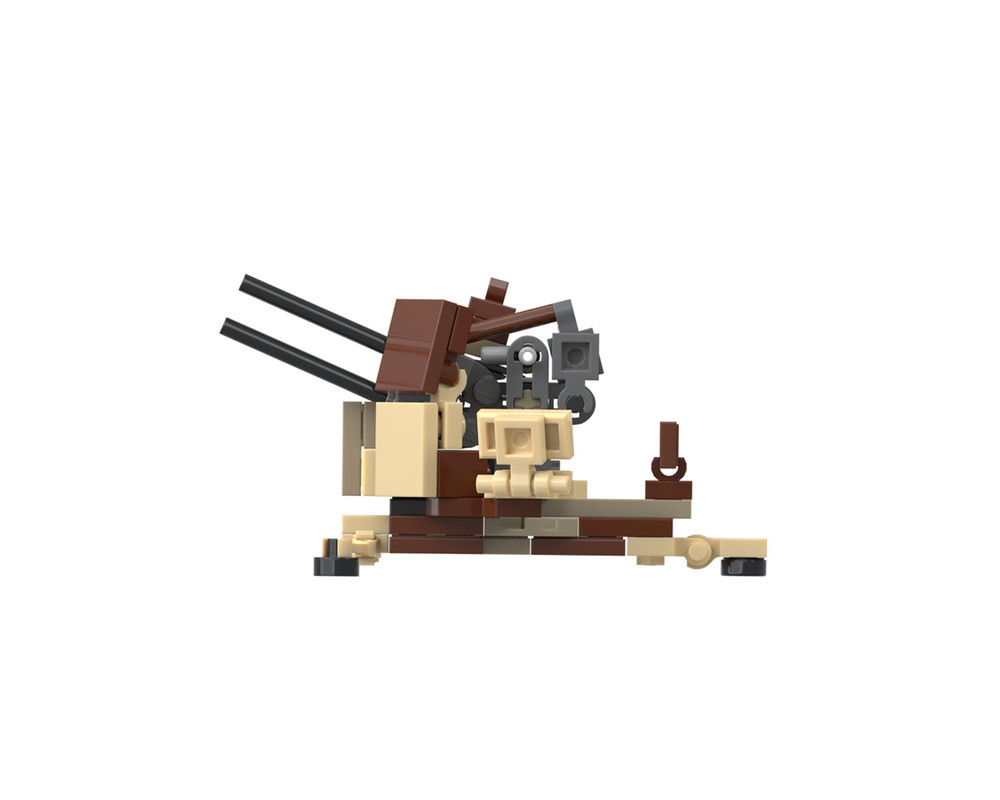 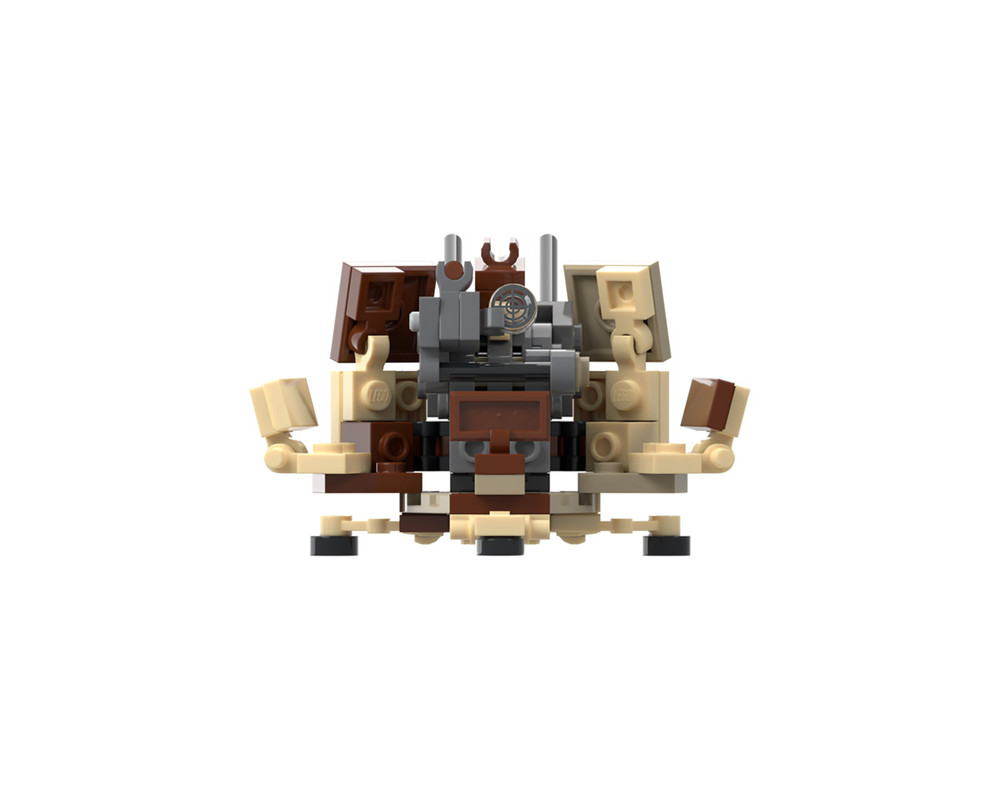 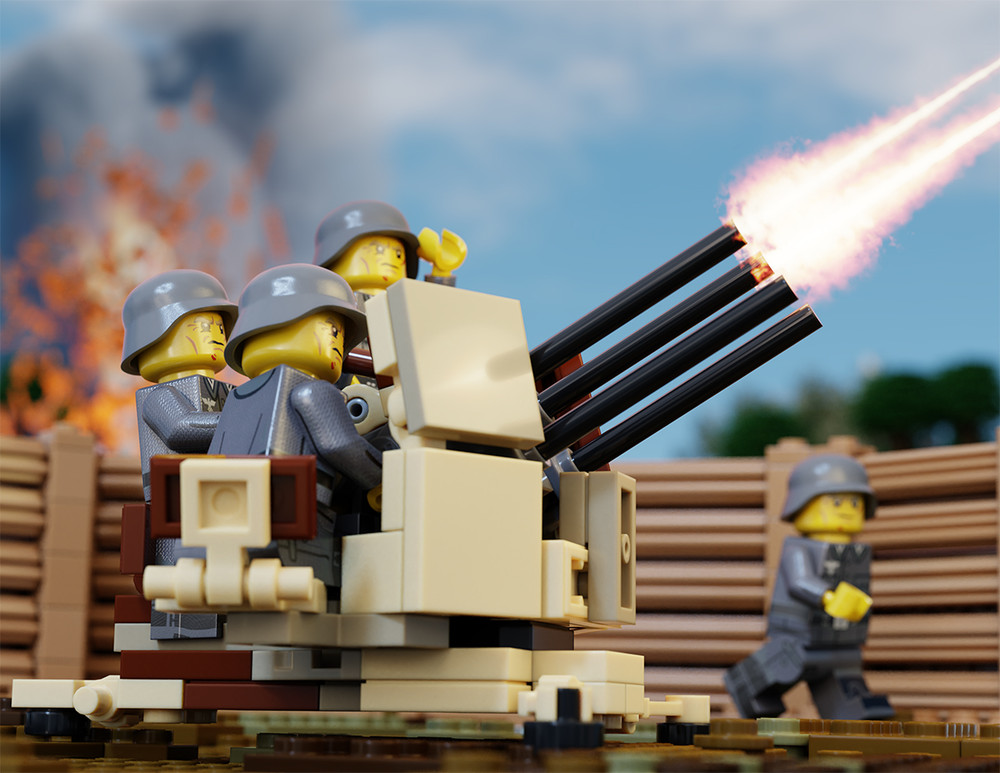 About the 2cm Flakvierling 38 - Anti-Aircraft Cannon:

The Flakvierling 38 was a quadruple-mounted 20mm FlaK 38 developed to address the original gun’s slow rate of fire against fast moving aircraft during World War II. Using two foot pedals, a seated gunner could fire from two or four barrels in semi-automatic or fully-automatic modes. Used on a wide variety of vehicles, such as the Opel Blitz or even on top of submarines, the Flakvierling 38 firing at maximum speed could achieve a fire rate of up to 1,400 rounds per minute. However, seeing as each barrel used its own ammunition box with a total of 20 rounds per barrel, the rate of fire was reduced to 800 rounds per minute and required the ammunition box on each of the four guns to be changed every six seconds, making it just barely effective enough to remain in use through the end of World War II. 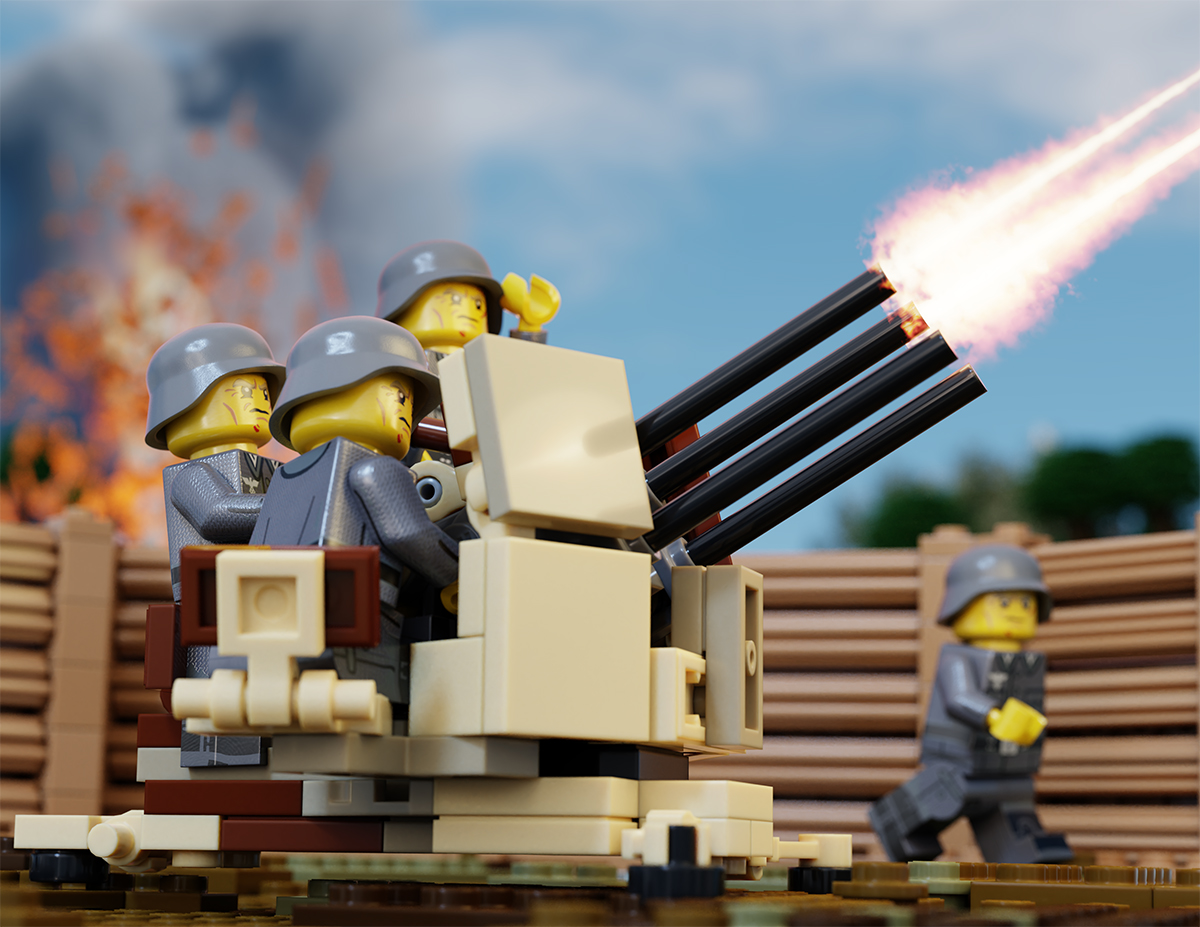 Including seats for a crew of three along with a rotating and elevating four barrel mount, the Flakvierling 38 features brick-built ambush camo and adjustable custom printed bullseye sight. The model’s armor and base can also be removed making it possible to custom mount the model on a vehicle such as the Opel Blitz.