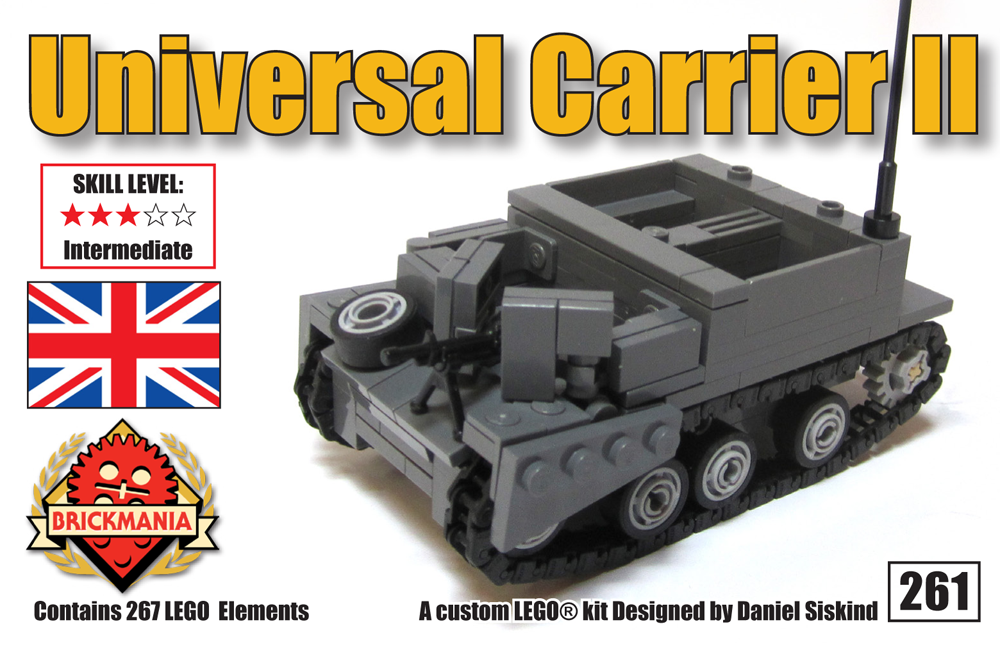 The Universal Carrier was the most widely produced tracked military vehicle used by British and Commonwealth forces during World War II and beyond. The crew included a driver (seated on the right) and a Bren machine gunner on left (hence the nickname "Bren Gun Carrier) and could hold two additional personnel in the rear compartment. Over 100,000 Universal Carriers were produced in dozens of different configurations and specialized variants. This kit is based on the standard Universal Carrier MK II configuration, mainly used for transporting personnel or as a prime mover for towed weapons or ammunition trailers.

This kit includes parts and instructions to build the vehicle depicted on the box cover image. It is made from only new condition elements from LEGO and BrickArms and is shipped unassembled with printed building instructions. Special features include articulated tracks, a BrickArms Combat LMG and room for four mini figures. The vehicle is small and has delicate areas of construction—for this reason we have given it an "Intermediate" skill level rating.