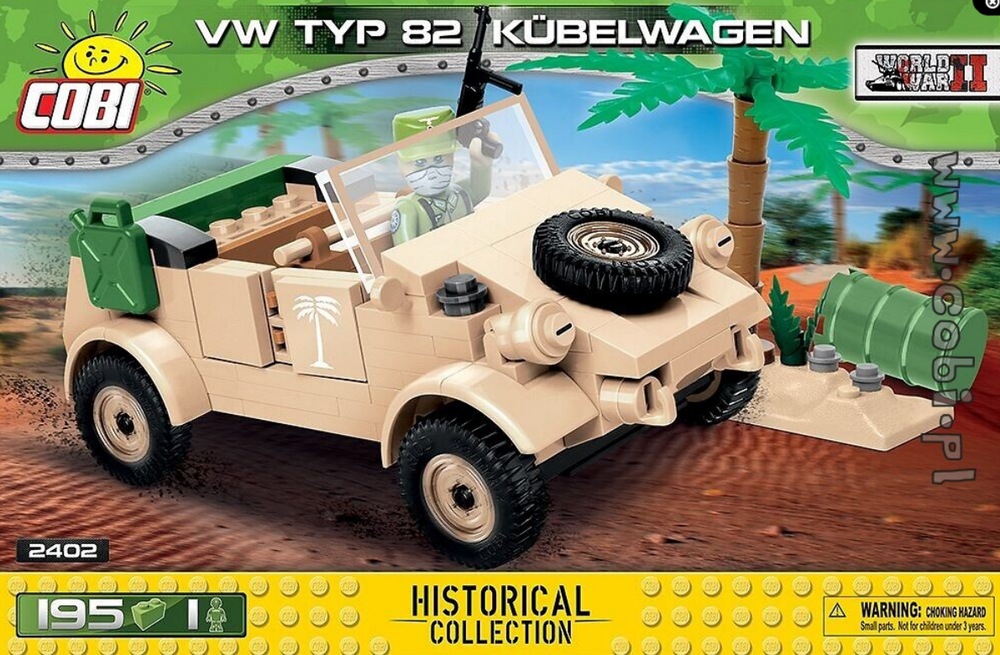 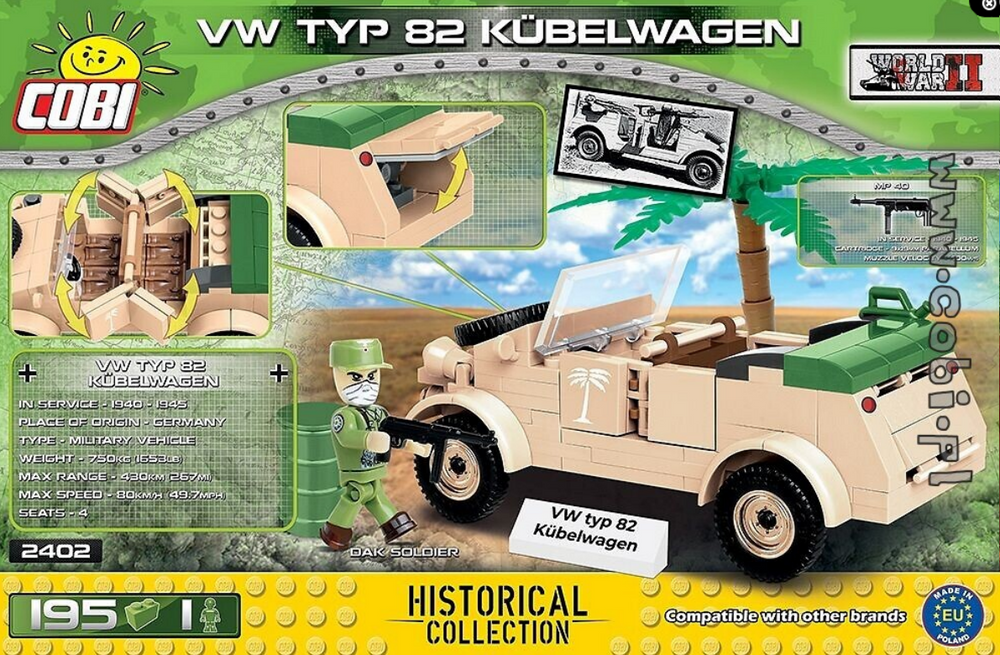 The Type 82 is the most popular passenger car commonly associated with the German army in the DAK (Deutsches Afrikakorps) desert painting. The production of the Kübelwagen Type 82 came during the war years, 1940-1945. Prototype units actually took part in the aggression against Poland. Kübelwagen cars were also used during the invasion of France. Since then, the Kübelwagen has become one of the standard vehicles of the German army. It was used by all types of troops, on all fronts of the war.

From a set of 195 COBI construction blocks, you can build the military passenger car VW Kübelwagen Type 82 and elements of the surroundings. The model has been reproduced in detail and faithfully reflects the appearance of the original. In this set, we did not use any stickers. They have been replaced with high-quality prints. The prints do not wear off even during intense play. A detailed engine hides under the rear hood. The set includes a figure of a German soldier DAK with a veiled mouth, equipped with an MP-40 submachine gun and a cap with an imprint. The set includes a palm tree, a rock, a barrel and a plate with the name of the car on it.

Kübelwagen is an ideal vehicle for the construction of scenes and historical dioramas recreating any European front of the Second World War. It is also the perfect addition to a COBI Strategy Battle Game session. The manual includes a visualization of the playing card with vehicle statistics.

The model made of COBI construction blocks can not only be a toy in the children's room, but can also contribute to their interest in history and automotive design. It will certainly help develop children's motor skills and increase building dexterity. For adult block fans, it is a beautiful vehicle model and perhaps the beginning of a future COBI model collection.