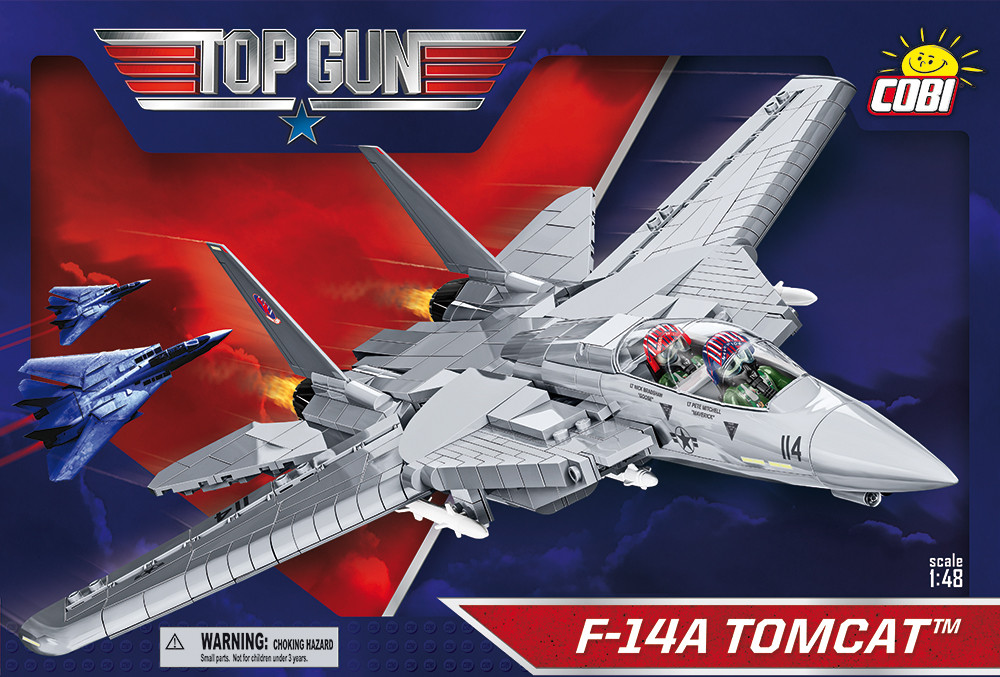 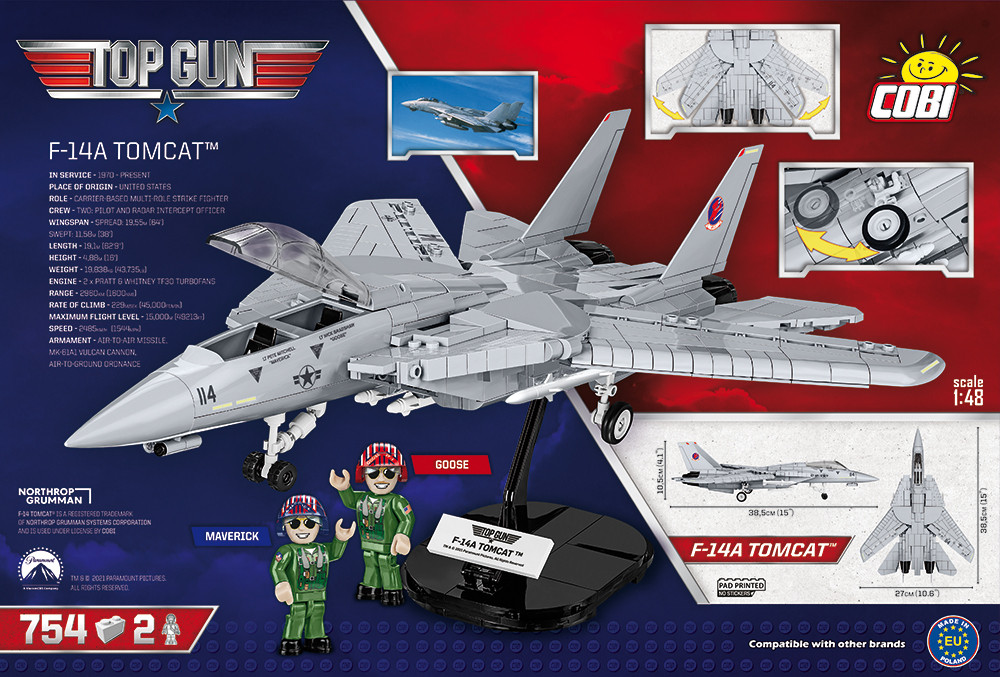 The Grumman F-14 TOMCAT is an American supersonic fighter jet. Its hallmark is the variable geometry of the wings. The fighter was developed and produced by Grumman Corporation. The F-14 was developed to defend naval fleets by winning air superiority battles. It was also used to conduct tactical reconnaissance. Subsequent modifications enabled the transport of bombs intended for ground strikes. The F-14 was commissioned by the United States Navy in 1972. The main user was the United States. In 1976 seventy-nine F-14s were exported to Iran, some of which are still in use. The aircraft was officially decommissioned by the U.S. Navy on September 22, 2006. The F-14 TOMCAT fighter has gained enormous fame not only for its amazing appearance and variable wing geometry, but also for its inclusion in the iconic 1986 film TOP GUN. In the film the main character Maverick (Tom Cruise) is a F-14A TOMCAT pilot!

The COBI F-14 TOMCAT is a unique aircraft model released under the original TOP GUN™ and NORTHROP GRUMMAN license. Legendary U.S. Navy film pilot Pete "Maverick" Mitchell and his partner "Goose" fly just such a two-seater aircraft. Returning to this iconic film production, you can now build your own F-14 in 1:48 scale! The model has been faithfully reproduced from 754 COBI building blocks. In the set you will find high-quality prints faithfully replicating the original painting of the film jet. The model is equipped with variable geometry movable wings and rotating wheels. Under the wings there is a large arsenal of weapons. There are two figures in the cockpit. The figures mimic the appearance of the characters of the film and are equipped with distinctive helmets and oxygen masks. The F-14 set also includes an elegant block display stand and a plaque containing the name of the aircraft and the movie logo. This exclusive licensed set will certainly be a unique gift for anyone who loves aircraft, regardless of the age of the aircraft enthusiast. The F-14 will also look perfect in an elegant office or in a teenager's room.