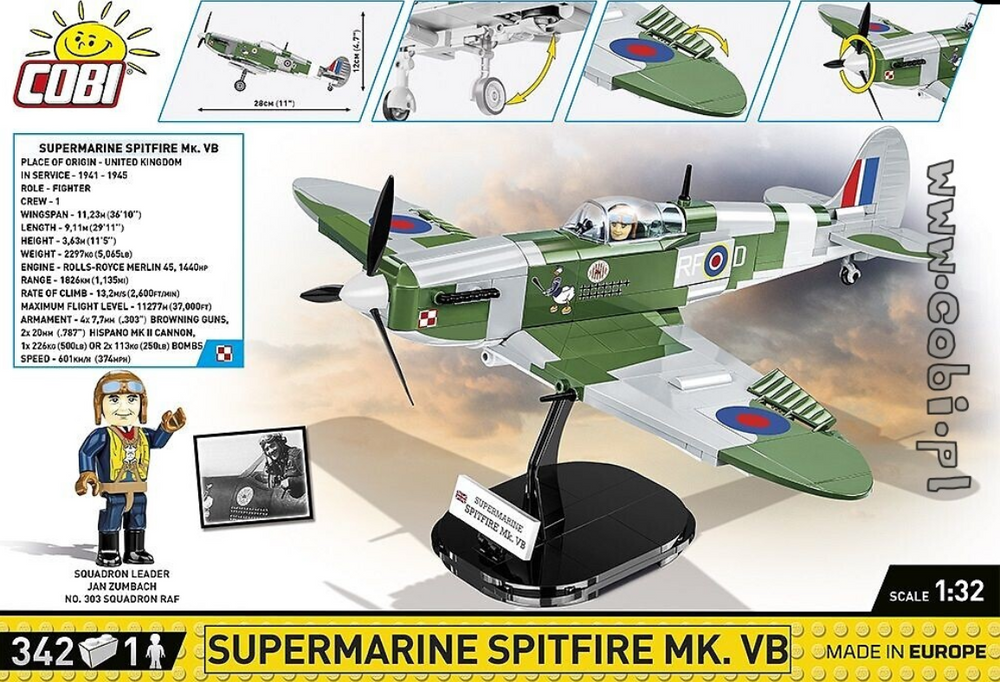 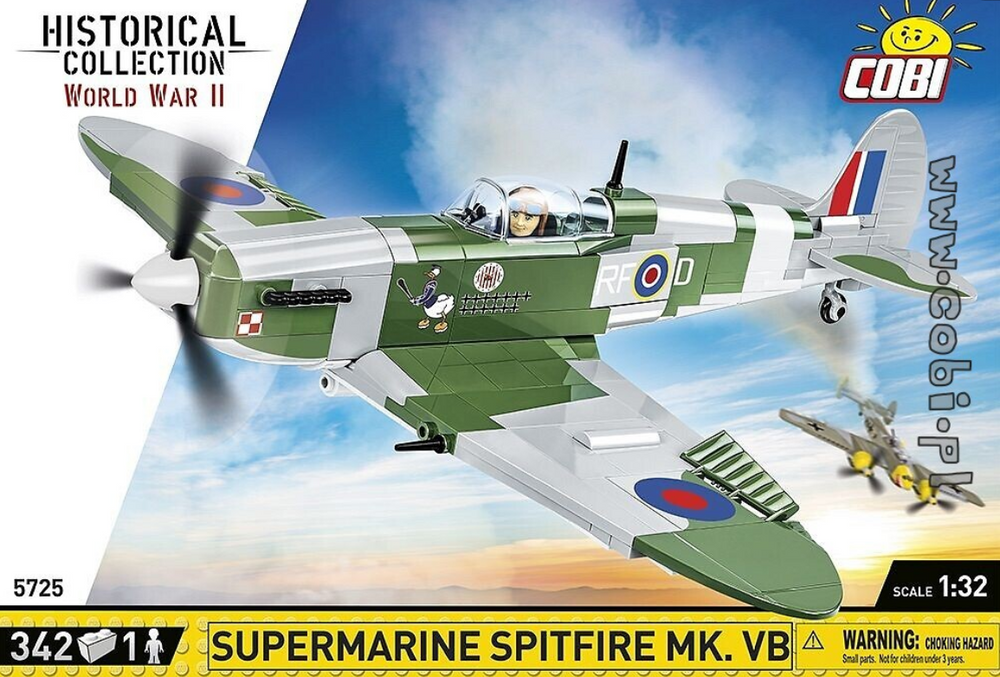 The Supermarine Spitfire is the most famous British fighter of the Second World War. Its design turned out to be very innovative, which made it possible to use the fighter throughout the war. Poles also flew the Sptifire! The VB version produced since 1941 was distinguished by a more powerful Royce-Rolls Merlin 45 engine, the performance of which allowed it to compete with the latest German Messerschmitt BF-109. The wings were armed with two 20mm cannons and four 7.7mm machine guns. Polish AS Jan Zumbach from No. 303 Squadron also flew the Spitfire.

Use 342 COBI construction bricks to build a Supermarine Spitfire VB fighter plane, reproduced in a 1:32 scale model. The new design reflects the shapes of the historical inspiration even better. New retractable wheels, a rotating propeller, movable ailerons and an opening cabin in which you can place a pilot figure make the model an awesome toy, as well. High-quality prints reflect the very characteristic markings of Jan Zumbach's plane from the Polish RAF squadron. The set includes a figure with new elements inspired by the Polish AS! The plane can be displayed on the block base with a plate with the model name printed on it.

This set, inspired by the famous Battle of Britain, is a must for fans of Polish and British aviation and history. Build the greatest air battle ever, piece by piece, with COBI!