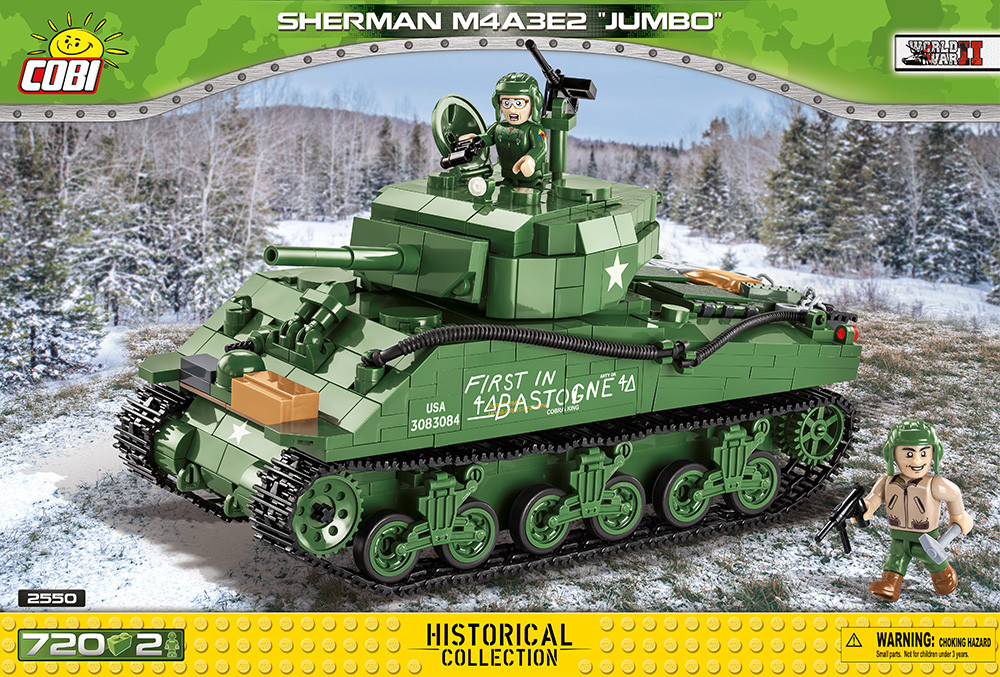 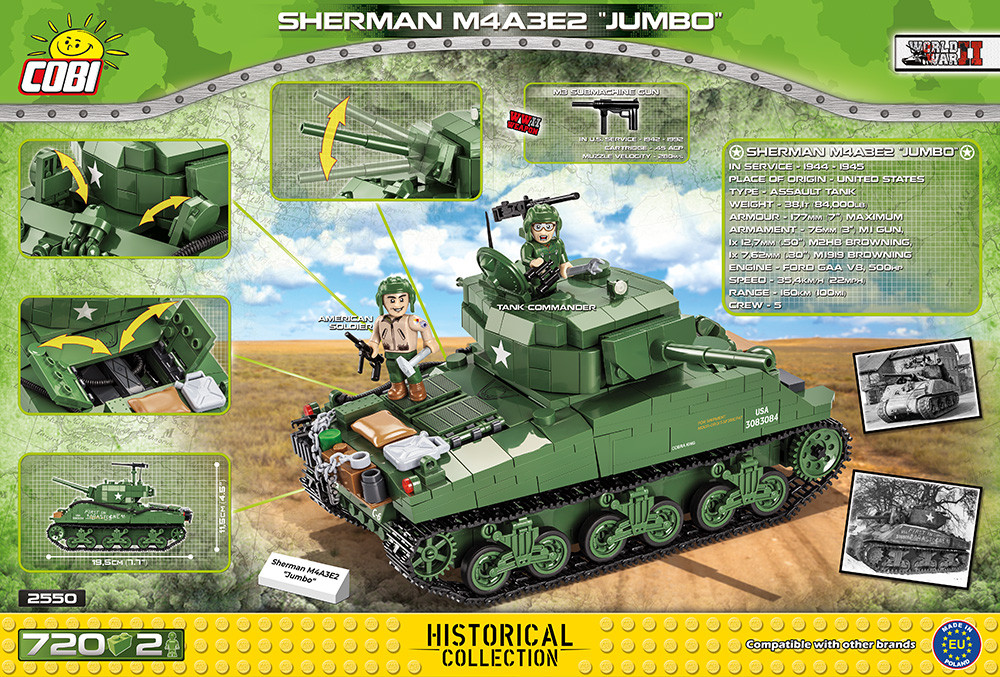 The Sherman M4A3E2 "Jumbo" is a short series of well-armored tanks consisting of just 254 tanks. The Shermans were armed with a 75mm gun mounted on a modified M62 mount. The jumbo with its own name "Cobra King" was the one to receive the 76mm gun as well as the coaxial machine gun. It was issued to the 37th Tank Battalion, 4th Panzer Division at the end of October 1944 and was the tank of the commander of the C comrades. The tank became famous during the German offensive in the winter of 1944 in the Ardennes. It was the first to break through the German lines and reach the soldiers of the 101st Airborne Division surrounded in Belgian Bastogne. To commemorate this momentous event, the tank's crew painted a special graffiti, which was reproduced by the COBI with pad-printing. Some sources say that the tank took part in Operation Hammelburg, General Patton's secret mission, where it was destroyed in March 1945. For many years, the wreckage of the tank was exhibited on war memorials under incorrect markings. It was not until 2001 that military chaplain Keith Goode contributed to the uncovering of the true history of the anonymous wreckage. The tank has been painstakingly restored at The Patton Museum and is now located in Fort Benning, Georgia. In the Belgian Bastogne, however, a properly painted replacement for the famous Sherman "King Cobra" was installed.

This new set from COBI features 720 blocks and is fully decorated with pad-prints. There are NO stickers with this set! Particularly noteworthy is the very characteristic graffiti painted by the tank crew. The design perfectly reflects the original shapes of its historical prototype. Moving wheels and working tracks, opening hatches, access to a block engine, movable turret and barrel as well as two figures guarantee the satisfaction of owning this set and inspired by true history. The set also features a plate with the name of the vehicle.