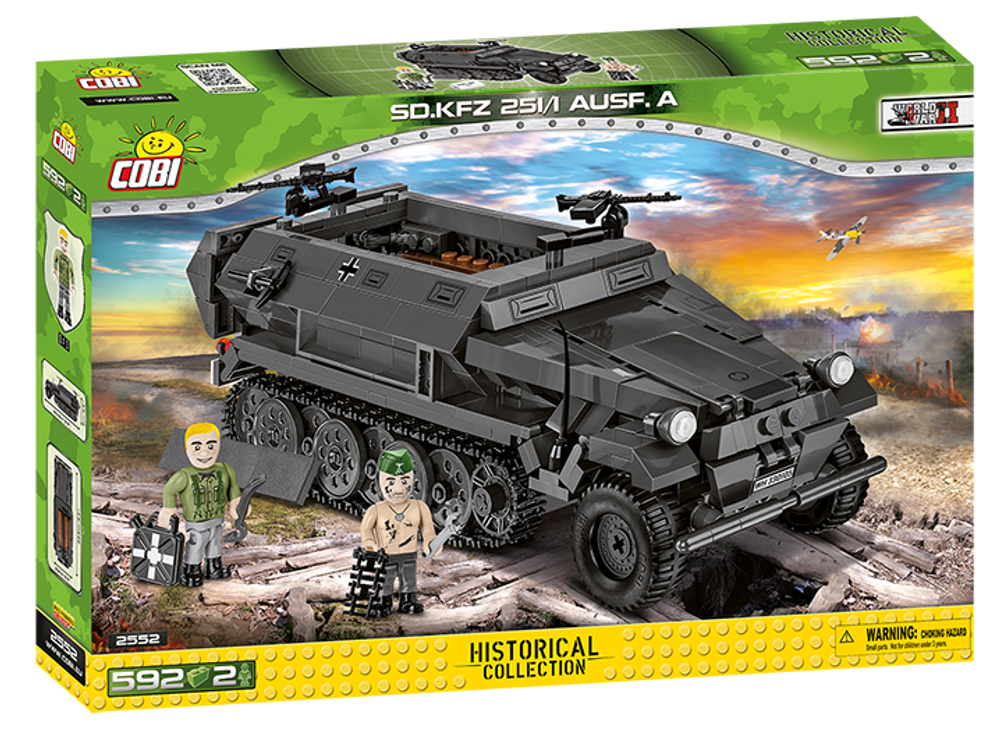 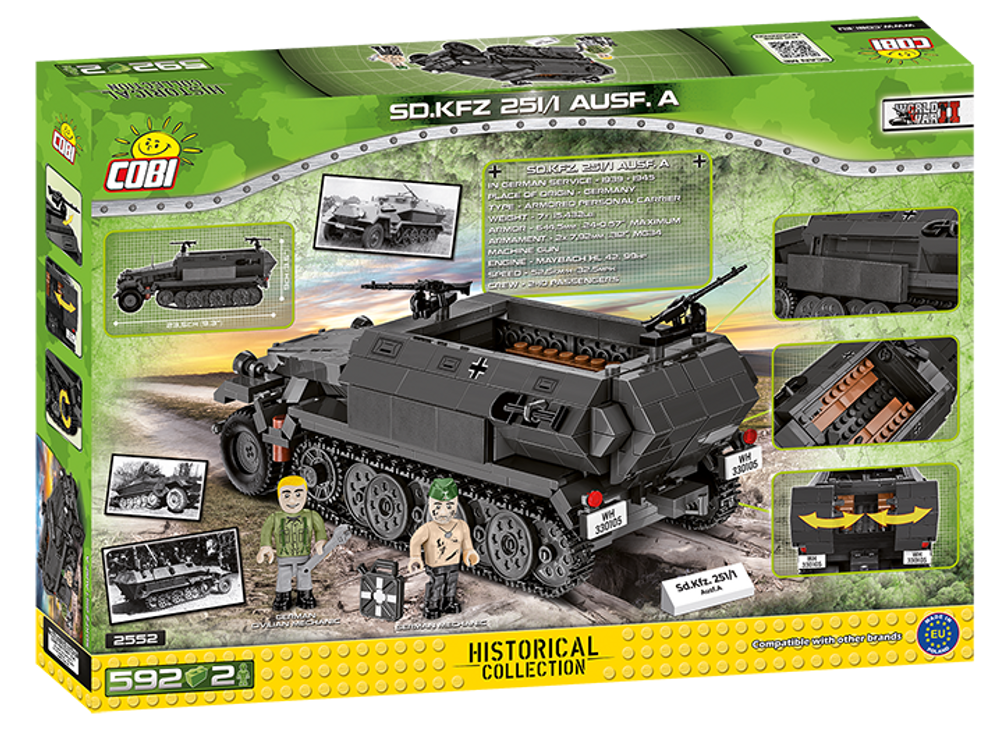 The Sd.Kfz. 251 half-track was a World War II German armored personnel carrier designed by the Hanomag company and was based on its earlier, unarmored Sd.Kfz. 11 vehicles. The Sd.Kfz. 251 was designed to transport the Panzergrenadier (German mechanized infantry) into battle. Sd.Kfz. 251’s were the most widely produced German half-tracks of the war, with at least 15,252 vehicles and variants produced by seven manufacturers. This Sd.Kfz 251/1 Ausf.A from COBI is faithfully reproduced using 592 construction blocks. The model is covered with high-quality durable pad-prints. The prints imitate the equipment and painting of a vehicle from the beginning of the Second World War. The vehicle is equipped with movable wheels with realistic tires. Track traction consisting of realistic block links works and behaves like real while moving the vehicle. Storage compartments, opening rear double doors, machine guns and additional accessories make for a unique model. The set is complemented by two figures representing a mechanic and a technician. A brick with the name of the vehicle included in the set!