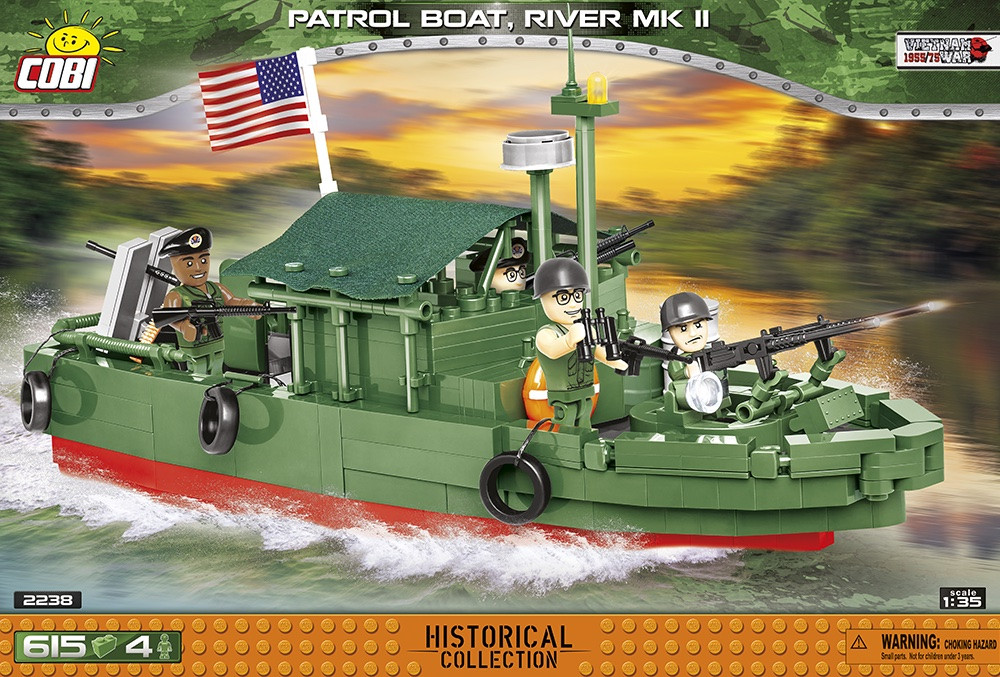 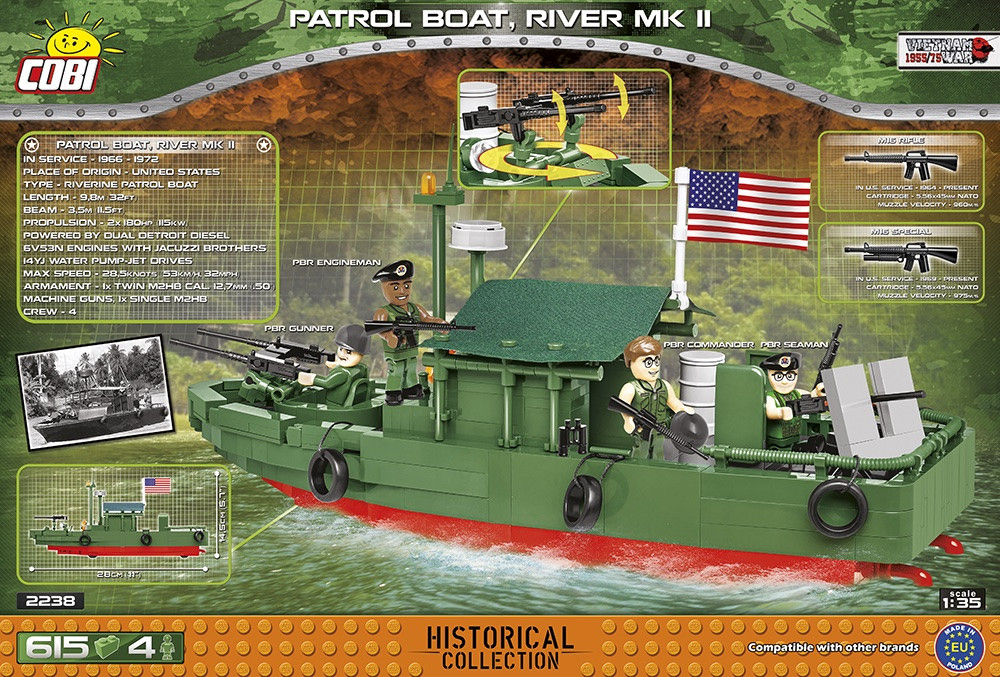 The Patrol Boat, River (also known as patrol boat, riverine or PBR) was an American boat used to patrol rivers and transport soldiers. Its characteristics were very small immersion, which owed m.in. to the fiberglass hull and water jet propulsion allowing to swim on the sees. The boat reached a top speed of 28.5 knots (53 km / h 32 mph). The crew consisted of four soldiers. Typically, a first-class officer served as a boat captain with a gunner, mechanic and sailor on board. The lack of ice armor compensated for quite a lot of firepower. The equipment usually included a double-coupled M2HB 0.50 12.7 mm on the bow and a single M2HB on the stern. In addition, the crew had a grenade launcher and a set of M16 rifles at their disposal. There were also stronger configurations. The boats were used by the U.S. Navy until the 1990s. They are still popular with civilians.

From the set of 615 COBI building blocks you can build the iconic American patrol boat on a sensational 1:35 scale model scale. The model has been faithfully mapped from high-quality blocks, which is complemented by a special fabric, from which the characteristic pbr roof is made! The flat bottom of the boat features discreet wheels that allow the boat to rotate while playing on flat surfaces such as carpet, office or floor. The fun gets even better!

On board is a weapon in the form of M2HB brick rifles. The model includes a full crew of four soldiers with accessories and personal weapons. Fans of COBI bricks will surely see in addition to the fabric another novelty, which is the new pattern of the flag fluttering! Once built, the boat measures 28 cm long. It is a great complement to the VIETNAM WAR collection. The brick model of the patrol boat does not require gluing or painting. All graphics and inscriptions are printed in the form of very durable prints that do not clash or fade under the influence of sun, water or even very intense fun. No stickers were used in the model. The set is sure to bring a lot of satisfaction to both the youngest fans of bricks, as well as adult enthusiasts of history and nautical science. The patrol boat model will certainly look spectacular both on the collector's desk and in the room of every teenager and child.