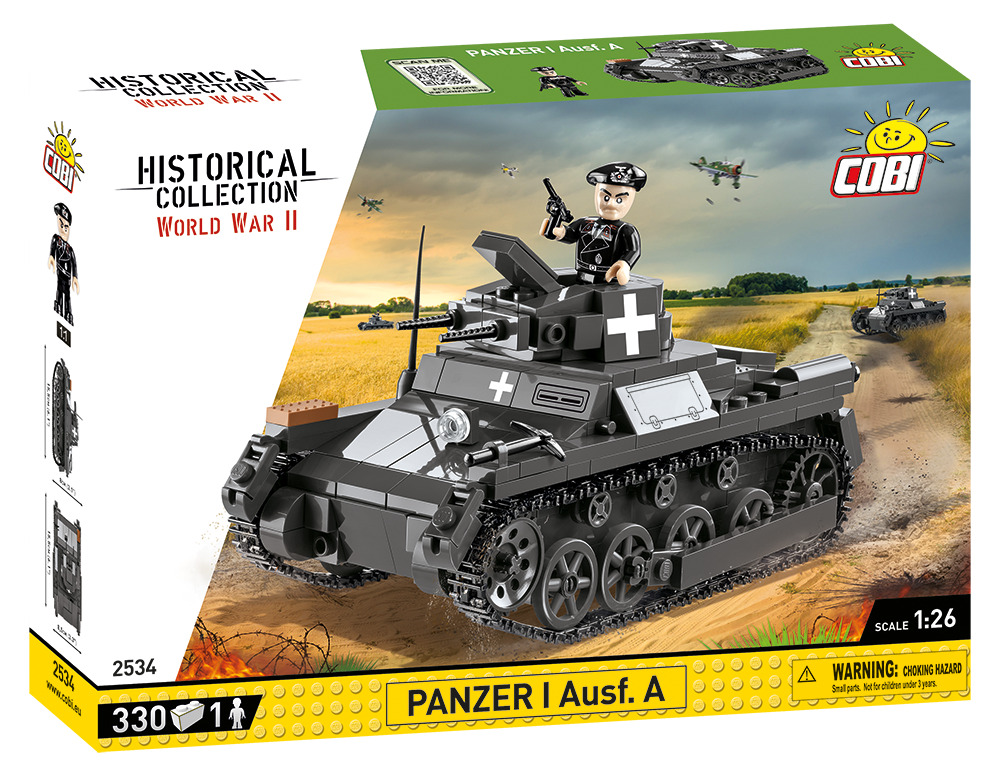 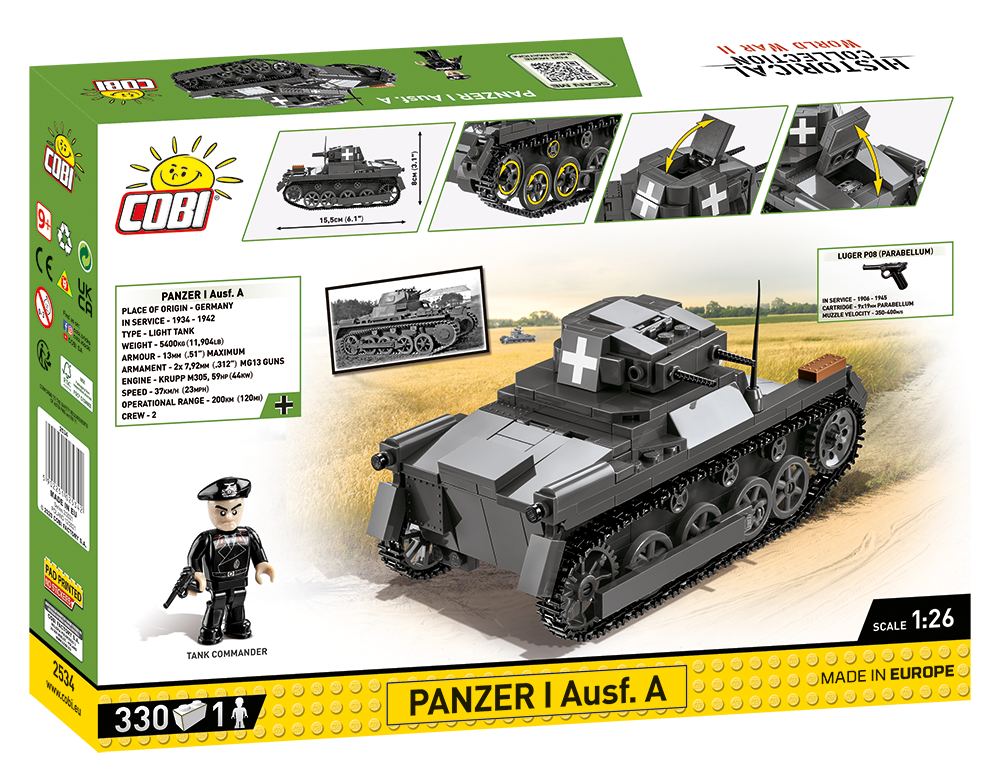 COBI® Panzer I Ausf A

The Panzer I Ausf. A is a German light tank that was used in the early period of World War II. Between 1934 and 1939, a total of 2,000 units were produced. The Panzer I tanks were used in, among others, the September campaign in Poland and the French campaign.

The COBI model of the Panzer I Ausf. A is the perfect set for both children and adult fans of building blocks. Children will be able to fight brick battles, which can contribute to an interest in history, military and technology. Under the influence of fun, many of our fans deepen their knowledge in these fields, reaching for resources in literature and the internet. The construction of vehicles from COBI bricks contributes to the development of the child’s intellect and skills. It develops focus, perceptiveness, attention and strengthens and develops the imagination, technical skills and motor skills of the child. The model has moving elements such as tracks, wheels, a turret and openable hatch.

Also included is a figure of a German tank commander armed with a Parabellum pistol. Noteworthy is also the detailed markings on the tanker's beret. Only durable prints are applied to the Panzer I, completely abandoning the use of regular stickers.

Older COBI fans will appreciate the model as a collector's piece and inspiration for building realistic dioramas or their own designs. Slightly more experienced builders will find in this model the perfect source of elements for the construction of other custom-made vehicles.