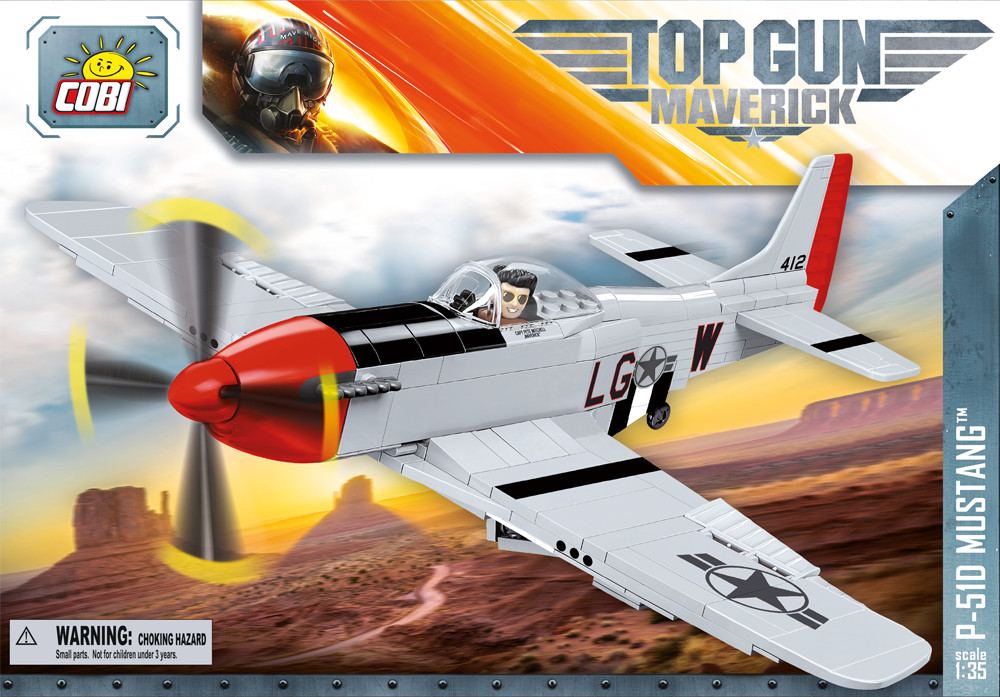 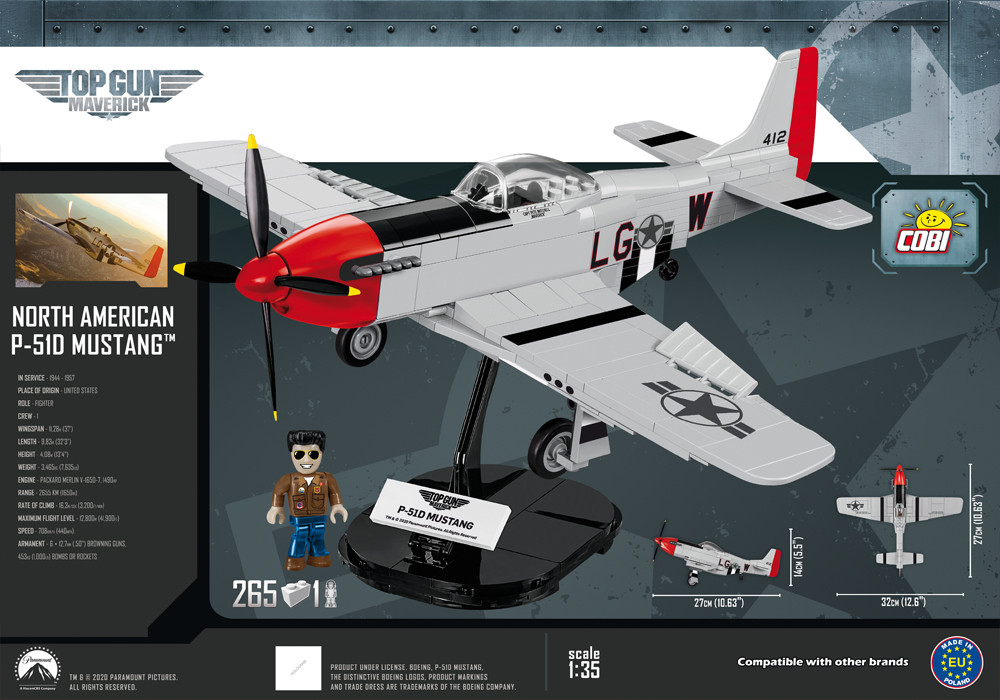 The Mustang P-51D is a building-block model from the film released under the original TOP GUN: Maverick™ license. The main character of the film, Maverick, prides himself on flying this historic aircraft. In anticipation of the release of the film, you can now build your own Mustang on a model scale of 1:35. The set has been faithfully reproduced from 265 COBI building blocks. In the set you will find high-quality prints and stickers accurately reproducing the original painting of the film aircraft. The model is equipped with rotating propellers, lockable chassis, movable wheels and an opening canopy, where you can place our special figure inspired by the main character of the film. It also includes an elegant block display stand and a plaque containing the name of the aircraft and the film logo. This exclusive licensed kit is certainly a great gift idea for builders of all ages who are movie fans, both of aviation and military movies. It looks perfect in an elegant office or in a teenager's bedroom.

The North American P-51 Mustang was an American single-engine fighter during World War II. It was produced at North American Aviation's US plants. It was successfully used in the U.S. Air Force and by its allies during The Second World War and during the Korean War. The very successful design of the 1940s meant the aircraft stayed in service with one or more countries until 1984! Over a period of 46 years over 15,000 Mustangs were manufactured. Today, many of these aircraft are in private hands, including our fictional hero Maverick! Mustangs are still used at air shows and in flight competitions to this day.