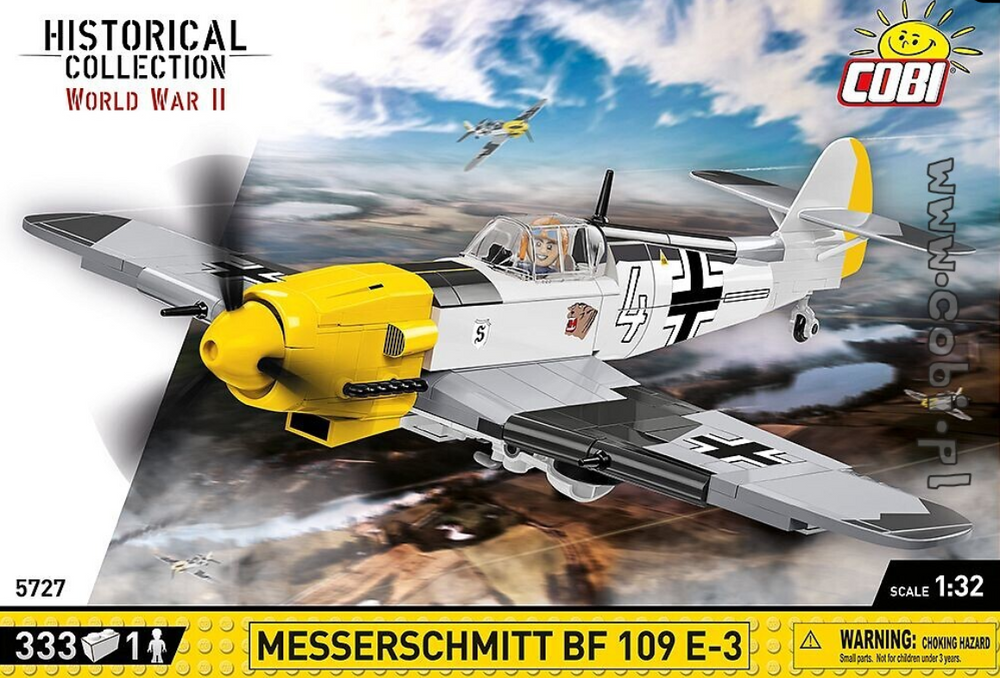 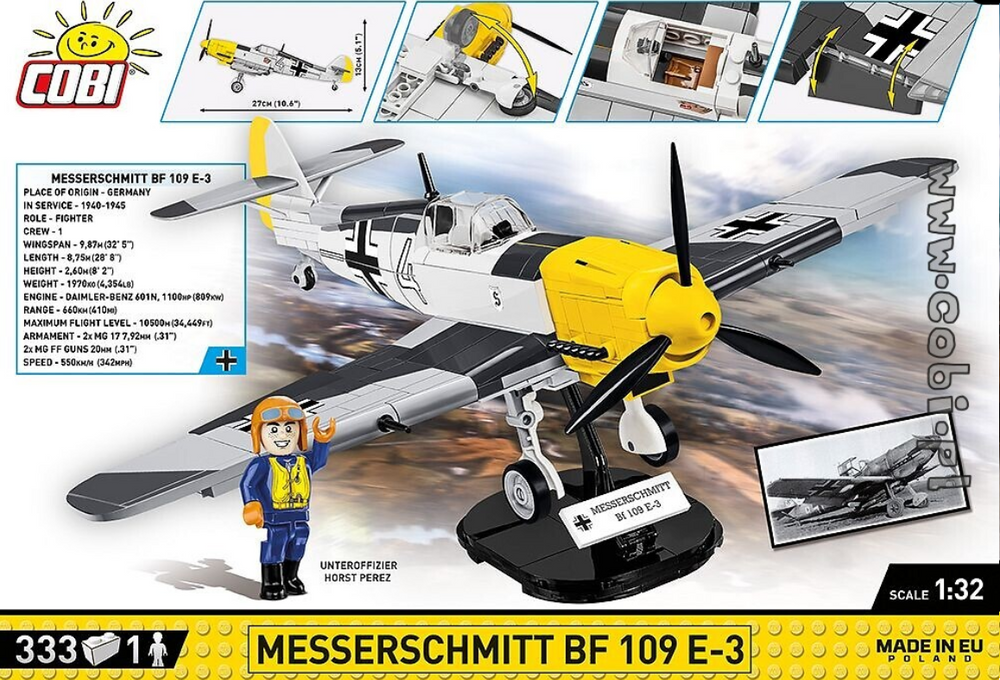 The Messerschmitt BF 109 was the main Luftwaffe fighter from the Second World War, the most widely produced and in many different versions. Found on every German front of the Second World War, the E-3 version entered production in May, 1939. Airplanes of this type took part in the Battle of Britain. The historic prints of the set refer to a machine flown by 22-year-old non-commissioned officer Horst Perez, who, due to a possible engine failure, had to make an emergency landing in a field in East Dean, Sussex. The pilot was taken prisoner, and the repaired plane was tested in the USA and Canada. Currently, the fighter is on display at a museum in Great Britain.

The COBI Messerschmitt BF 109 E-3 is a completely new design adapted to the 1:32 scale. The plane is even bigger and contains more details with the help of 333 COBI construction blocks. The plane has a movable propeller and ailerons. Its rotating rubber tire wheels lower out of the undercarriage in the take-off or landing position. The pilot's cabin can be opened to seat a figure at the controls, which also has a print on the back! The plane has been covered with high-quality prints that do not wear off even during intense play. Stickers are completely absent from this set. The prints reflect the painting and equipment of the plane from the war period. The set also includes a special stand - which makes the display of the model even more attractive - and a plate with the name of the plane.

Building sets of WWII fighters is a fascinating way to spend free time for adults, children and adolescents, alike. It is a relaxing passion that only expands interests in history, aviation and military technology.