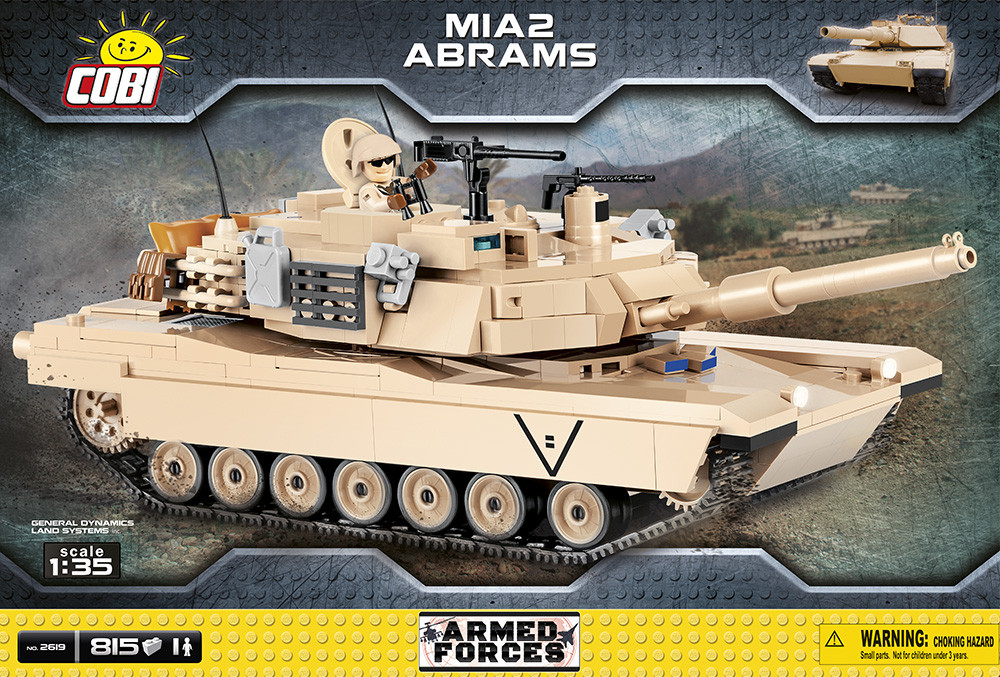 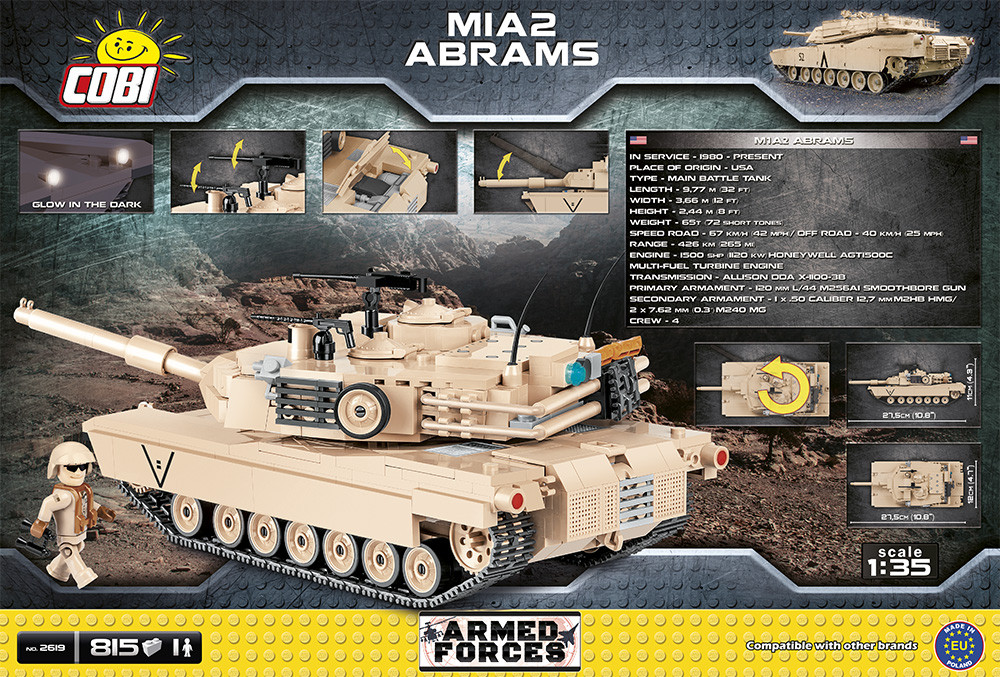 Abrams is one of the most recognizable tanks in American production. It has been produced since 1980. Since then, it has been constantly modified to further standards. The characteristic feature of the tank is the tower, which occupies almost as much space as the rest of the tank. Abrams boasts multi-layer edits in its design, providing a high level of protection against accumulative ammo, reactive armour guards and dynamic shields. Abrams tanks were first used in the early 1990s during Operation Desert Storm. Since then, the Abrams have been involved in further armed conflicts involving the United States.

From the world of COBI comes a model of the Abrams M1A2. The model has been mapped on a sensational scale of 1:35. High-quality prints add to the fantastic detail of this model. The vehicle has a working track and opening hatches where you can place the crewmen. The vehicle tower and barrel both move The Abrams has been enriched with numerous additions such as sacks, spare tracks, a petrol canister and two machine guns. The opening flap allows access to the engine recreated from the bricks. The set is accompanied by a figure of an American Tank personnel who is equipped with binoculars & helmet.