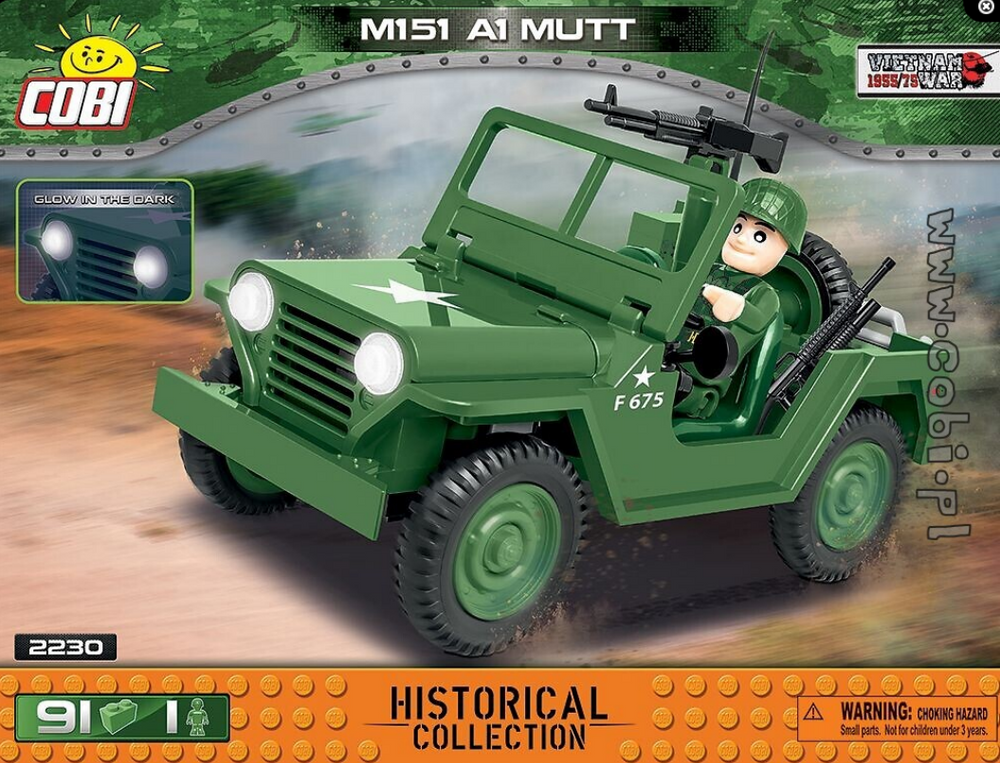 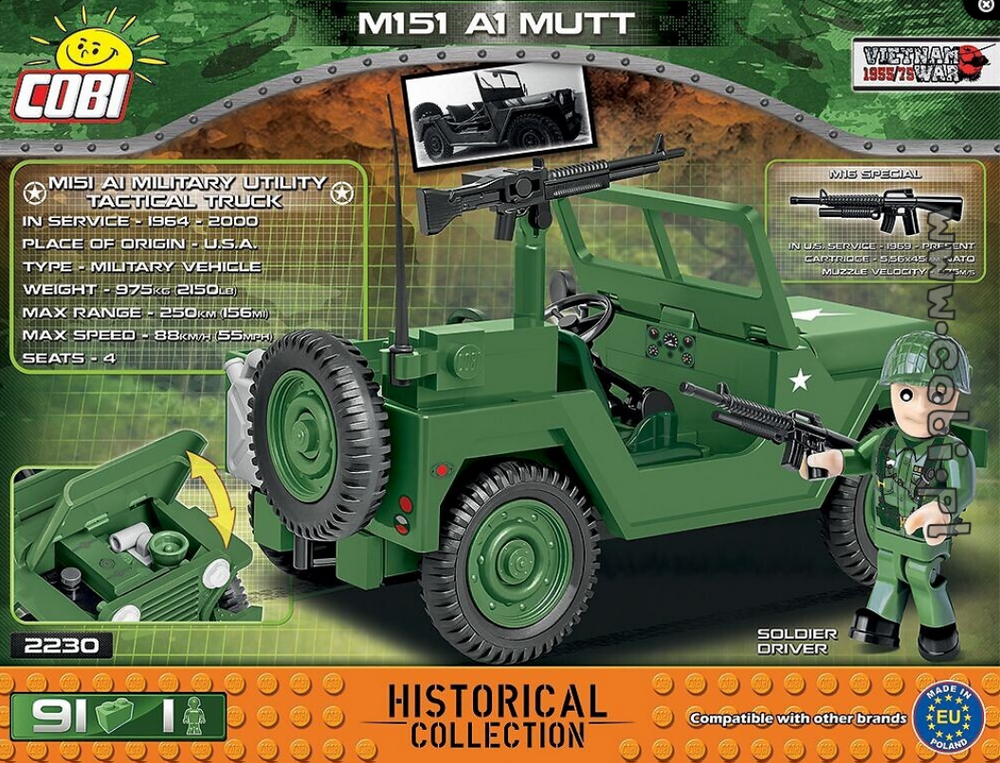 American light military off-road vehicle. It was designed to replace the Jeep Willys. Production began in 1959 for the Mutt (Military Utility Tactical Truck). The extremely popular, cheap and good construction was appreciated in the military and among civilian users. The M151 was produced until 1985.

From the world of COBI comes a model of this fantastic vehicle. The characteristic shapes of the historic vehicle have been faithfully mapped using high-quality bricks. Utilizing printed blocks rather than stickers not only means fantastic detail but durability when played with. Rotating wheels equipped with tires are ideal for moving the model during play. Under the tilting hood there is an engine, which, like the interior of the vehicle, can be freely modified according to your needs. A mobile machine gun, a radio station and a spare wheel are installed on the pace of the car. An American soldier with an M16 Special rifle is included in the set.