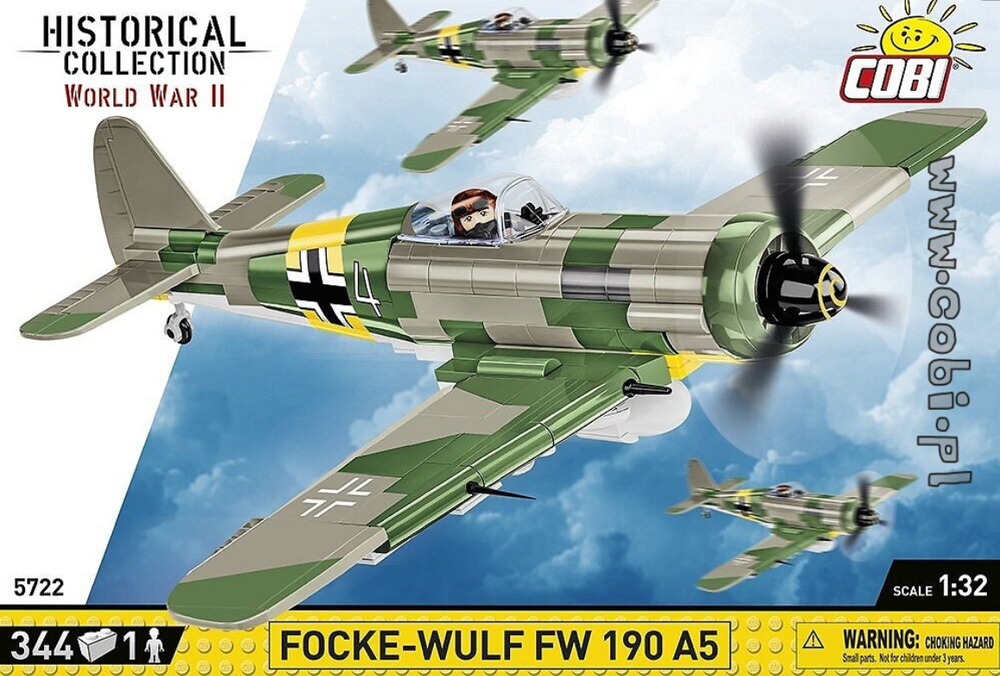 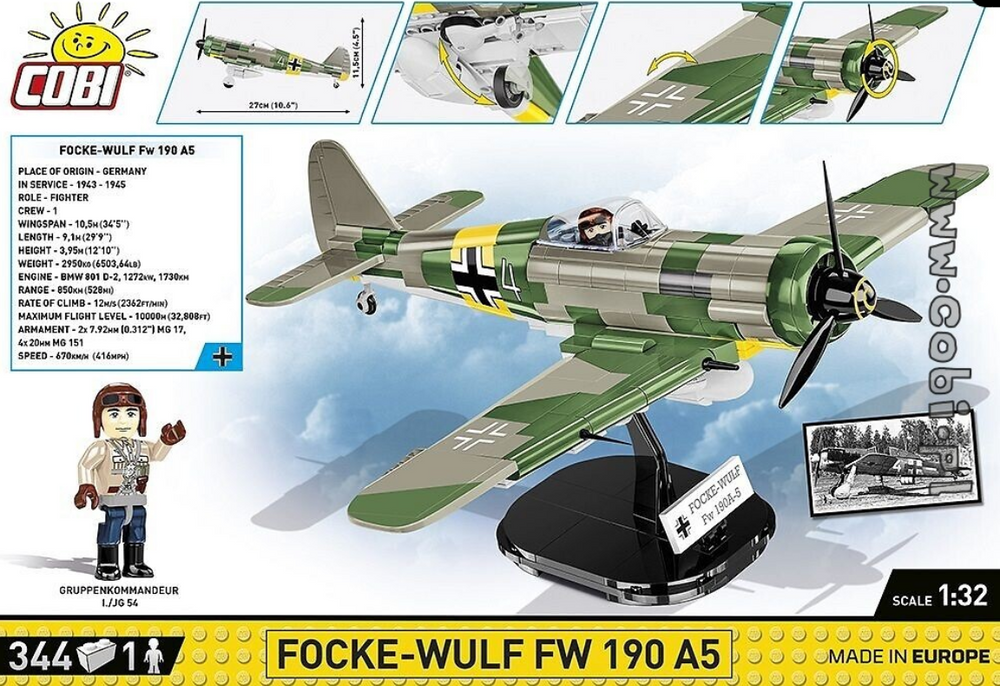 The Focke-Wulf Fw190 A-5 was a single-engine and single-seat very effective German fighter aircraft from the Second World War which could reach speeds of nearly 670 km/h. The A-5 version was produced from 1943 on and was characterized by a longer engine mount and a newer oxygen system. An artificial horizon was also installed in it. In this model the so-called Rüstsätze and Umrüst-Bausätze allows the attachment of additional weapons, ammunition and fuel containers. In this way a classic fighter became a multi-role machine!

The Focke-Wulf Fw190 A-5 model of the aircraft, built of COBI construction blocks, is a faithfully reproduced low-wing aircraft from the Second World War. The Fw109 was designed in the 1:32 scale for historic COBI aircraft. Thanks to this, the plane is a bit larger, contains more details and a more photo-realistic body! The model offers many movable elements, such as a rotating propeller, movable wing ailerons and wheels with rubber tires that can be folded to the horizontal position. The smallest details and specific colors of the plane have been accurately reproduced. The cockpit can be opened to seat a figure of a pilot inspired by the German Ace Walter Nowotny. Thanks to a special display stand with a plate with the name of the plane, the model looks great! The model also uses permanent prints and historical markings.