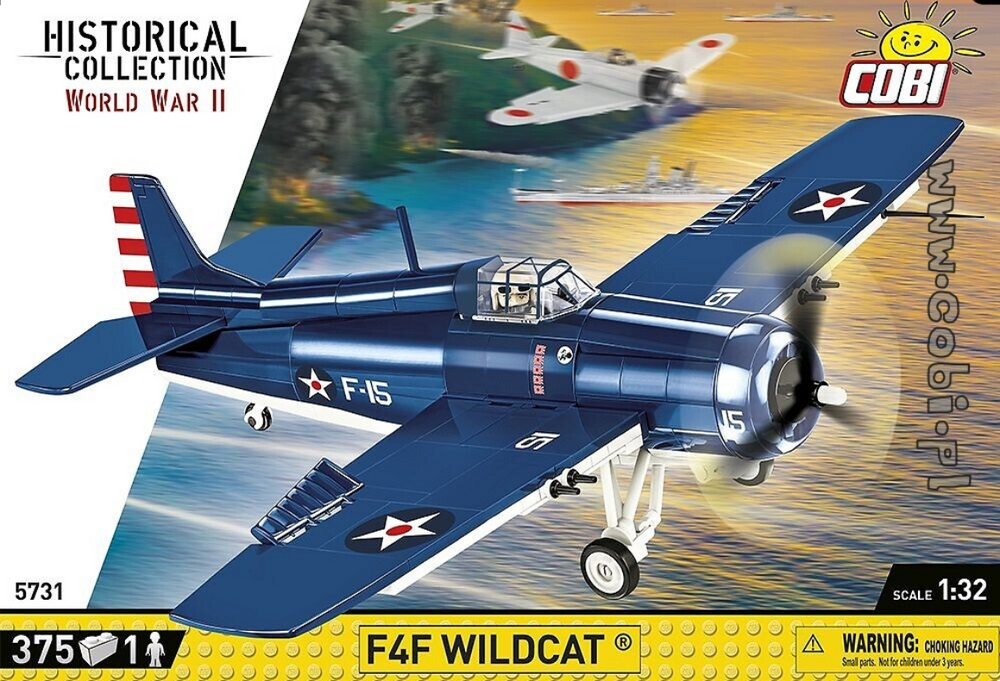 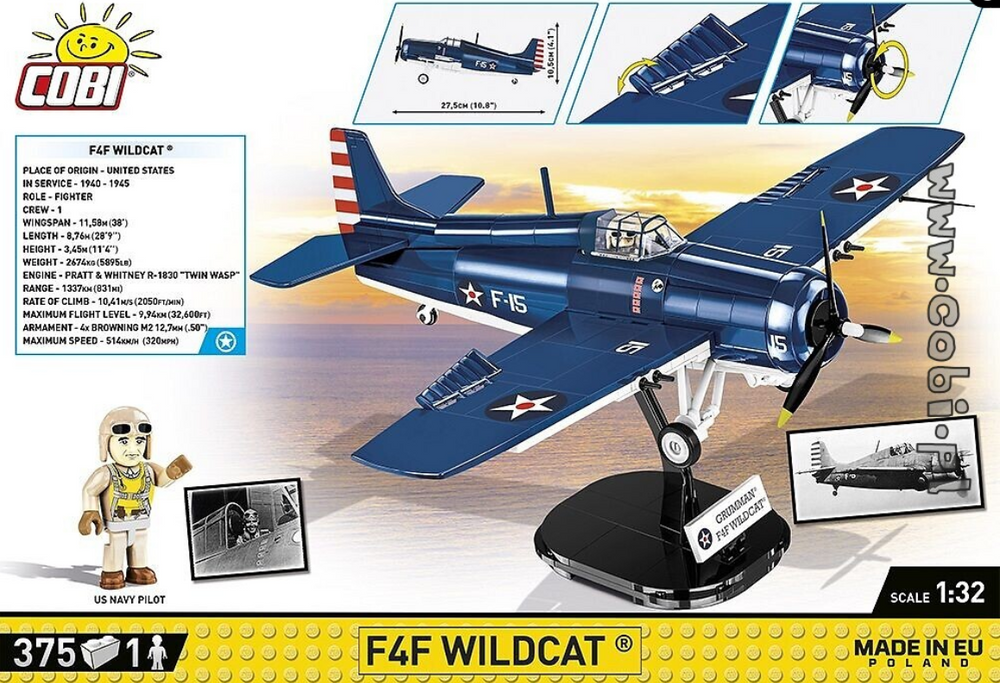 The aircraft developed by COBI received the historic colors of the pilot who became the first fighter ace of the American Navy! Particularly noteworthy are such historical details as the emblem with the cat Felix and the number of victories placed next to the cockpit.

The plane, designed in a scale of 1:32, was released under the license of the Northrop Grumman aviation company! It has a movable propeller, ailerons and rotating wheels with rubber tires. The cockpit can be opened to place a heroic pilot figure at the controls. The plane has been covered with high-quality prints that do not wear off even during intensive use. Stickers are completely dispensed with in this set. The prints reflect the historical markings and equipment of the aircraft from the Pacific War period.

The set also includes a special stand, which makes the display of the model more attractive, and a plate with the name of the plane. The plane is also a perfect complement to the Historical Collection and a perfect pair for the already-released Mitsubishi A6m2 "ZERO-SEN" set.