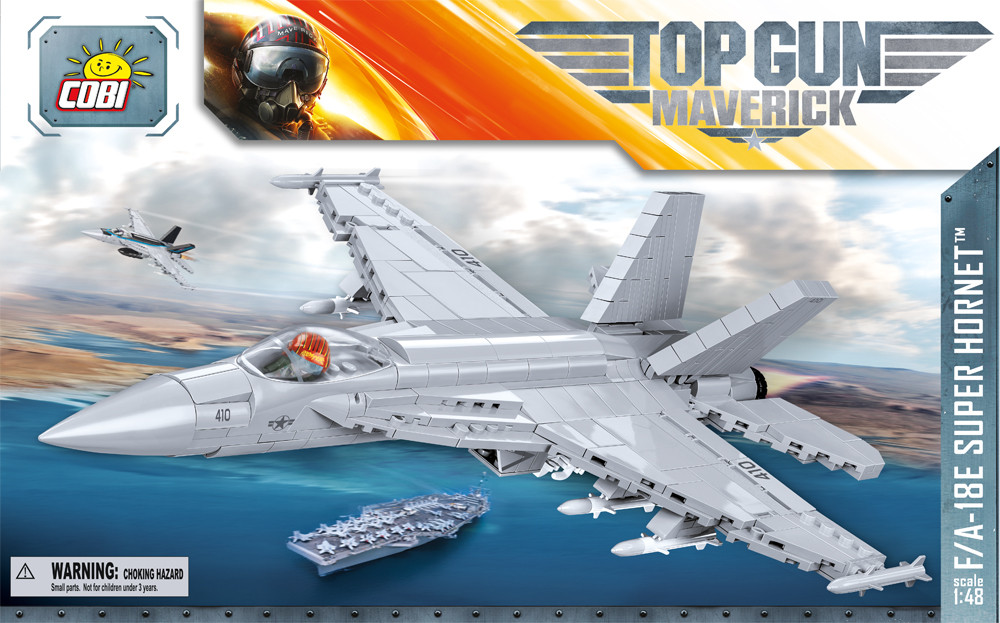 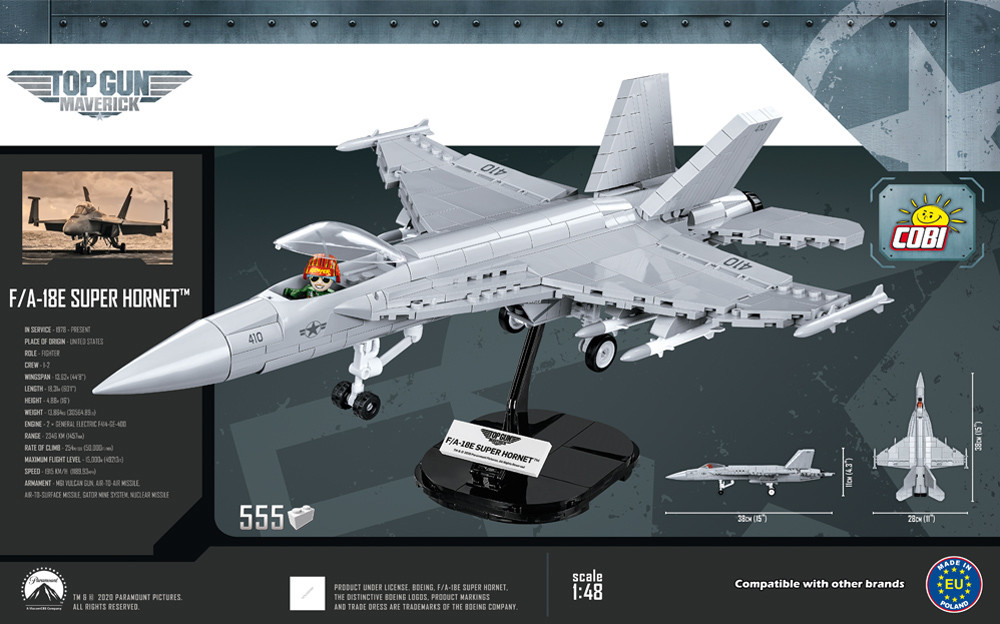 The F/A-18E Super Hornet is a building-block model from the film released under the original TOP GUN: Maverick™ license. Legendary U.S. Navy pilot and instructor Pete "Maverick" Mitchell trains a new generation of pilots on these jet aircraft. In anticipation of the release of the film, you can now build your own Super Hornet on a model scale of 1:48. The model has been faithfully designed from 555 COBI building blocks. In the set you will find high-quality prints accurately reproducing the original markings of the film aircraft. The model is equipped with a movable canopy and rotating wheels. Under the wings there is a large arsenal of weapons. In the cockpit you can put the special block-pilot. It also includes an elegant block display stand and a plaque containing the name of the aircraft and the film logo. This exclusive licensed kit is certainly a great gift idea for builders of all ages who are movie fans, both of aviation and military movies. It looks perfect in an elegant office or in a teenager's bedroom.

The Boeing F/A-18E Super Hornet is a U.S. Navy multi-role aircraft commissioned in the late 1990s as an enlarged and upgraded version of the F/A-18C/D Hornet. The Super Hornet replaced the F-14 Tomcat fighter aircraft used by the U.S. Navy until recently, as well as other specialized aircraft. It is one of the most modern aircraft of the U.S. Navy.