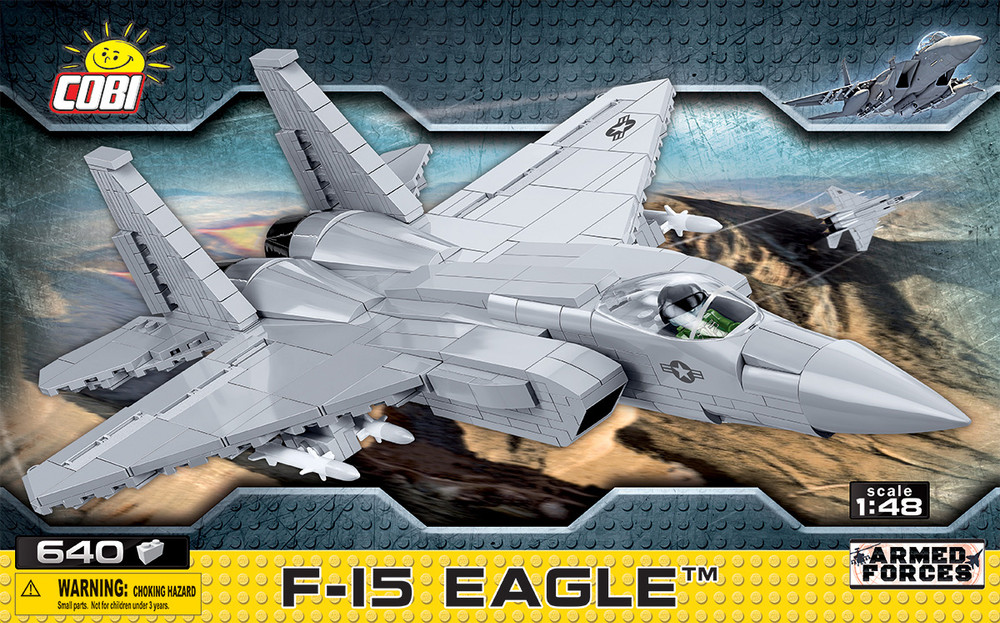 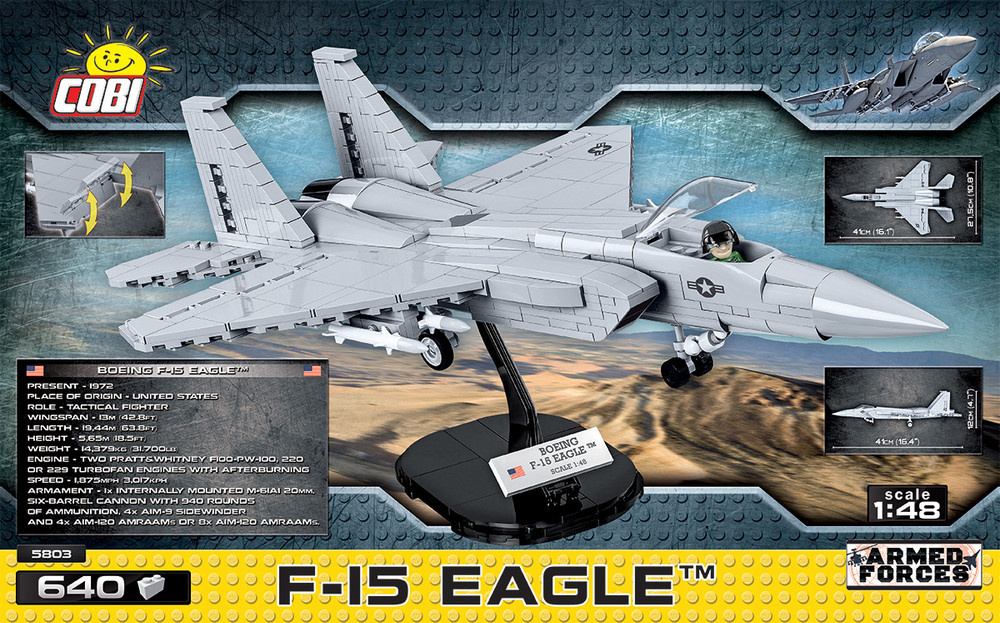 The F-15 Eagle™ is an American heavy air superiority fighter, designed to operate in all weather conditions. It was designed as a quick response to the development of Soviet MIG-25 type aircraft. It has been manufactured since the early 70s. So far more than 1,200 aircraft have been built. The weaponry includes a multi-barrel M61A1/A2 Vulcan 20mm cannon and a rich arsenal of suspended air-to-air and air-to-ground guided missiles. The airplane is also perfect for precise bombardment of targets. It can carry conventional bombs as well as laser, TV, GPS and cassette guided weapons.

It has repeatedly proven its high combat effectiveness in fighting in the Middle East. In the USA it is being displaced by newer aircraft, but it still remains on the roster for the traditional allies of the United States, including Israel, Saudi Arabia, South Korea, Japan, and many others.

The COBI model of the F-15 Eagle™ aircraft was entirely designed with COBI construction blocks. The use of as many as 590 pieces makes it possible to faithfully reproduce the characteristic look of the aircraft in the model scale 1:48.
The model is covered with high quality prints, which do not wear off even during intense play. The plane is equipped with an opening cabin, movable rudders and ailerons. Thanks to an elegant display stand with a printed nameplate the model looks even better. This licensed set is certainly a great gift idea for everyone regardless of age and definitely for fans of aviation and military history. It looks just as good in an elegant office as it does in a teenager's bedroom.