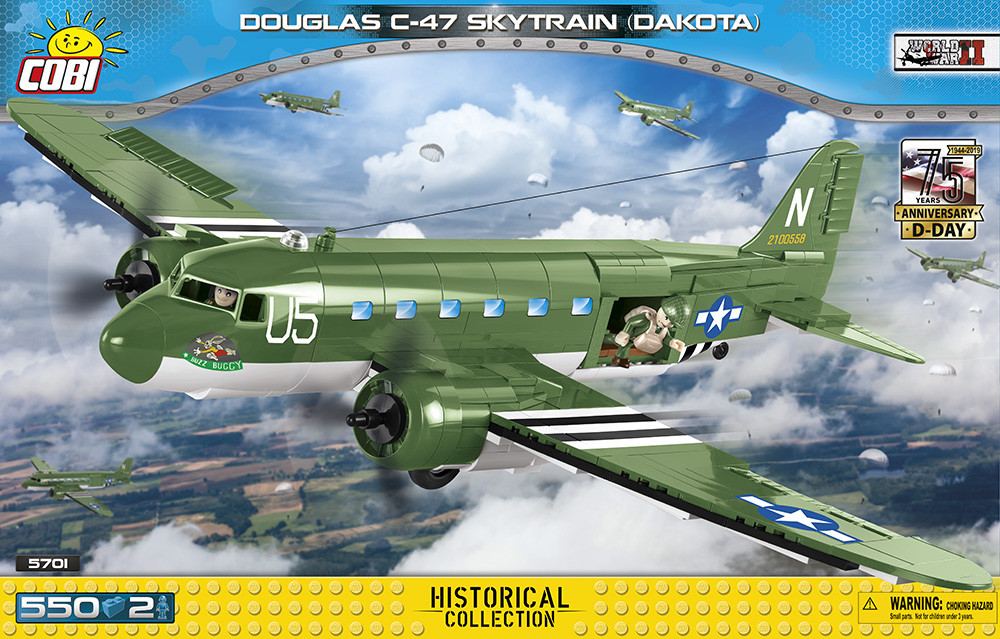 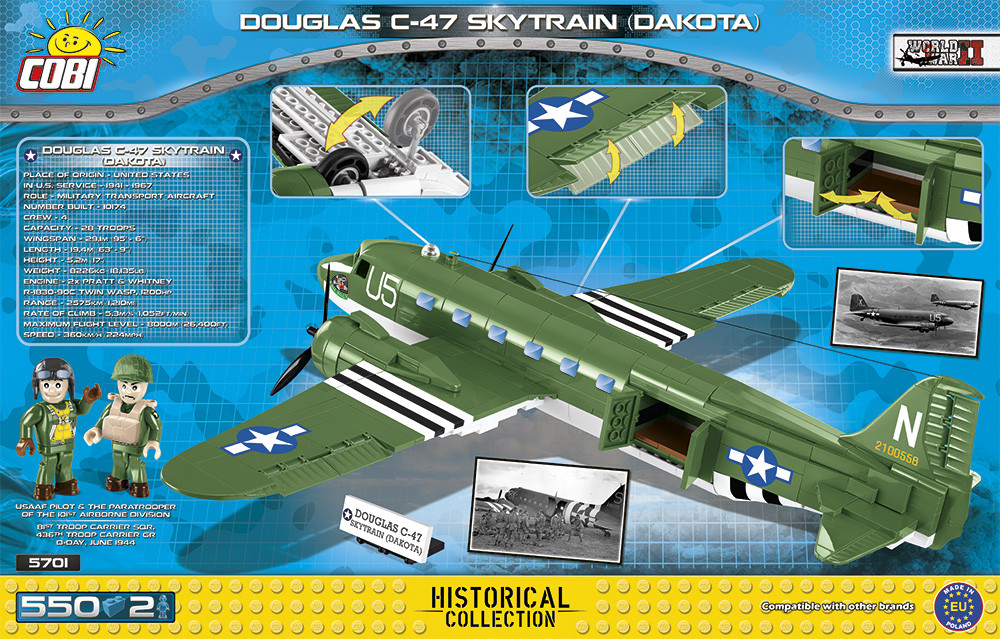 The Douglas C-47 Skytrain or Dakota (RAF and RAAF designation) is a military transport aircraft developed from the civilian Douglas DC-3 airliner. It was used extensively by the Allies during World War II and remains in front-line service with various military operators.

The model from COBI construction blocks presents the American transport aircraft Douglas C-47 Skytrain (Dakota) in a special version of D-Day Edition published on the occasion of the 75th anniversary of the Normandy invasion. The aircraft has movable elements such as rotating wheels with rubber tires, movable propellers and ailerons of wings and opening doors.

The set also includes two figures of American soldiers: a pilot and a parachutist from the 101st Airborne Division "Screaming Eagles".