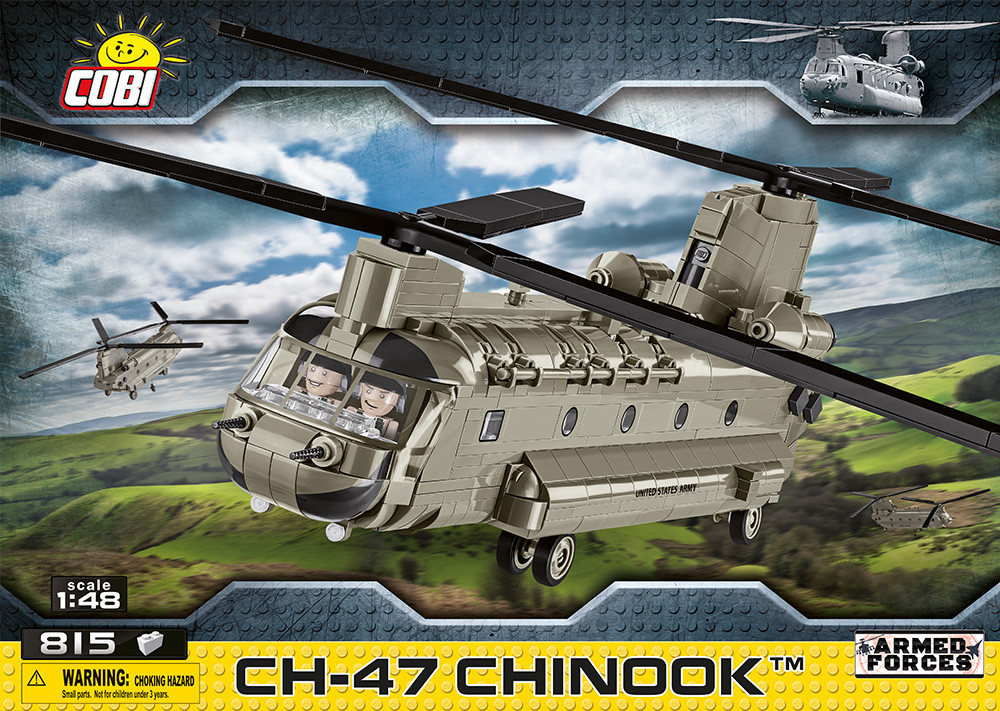 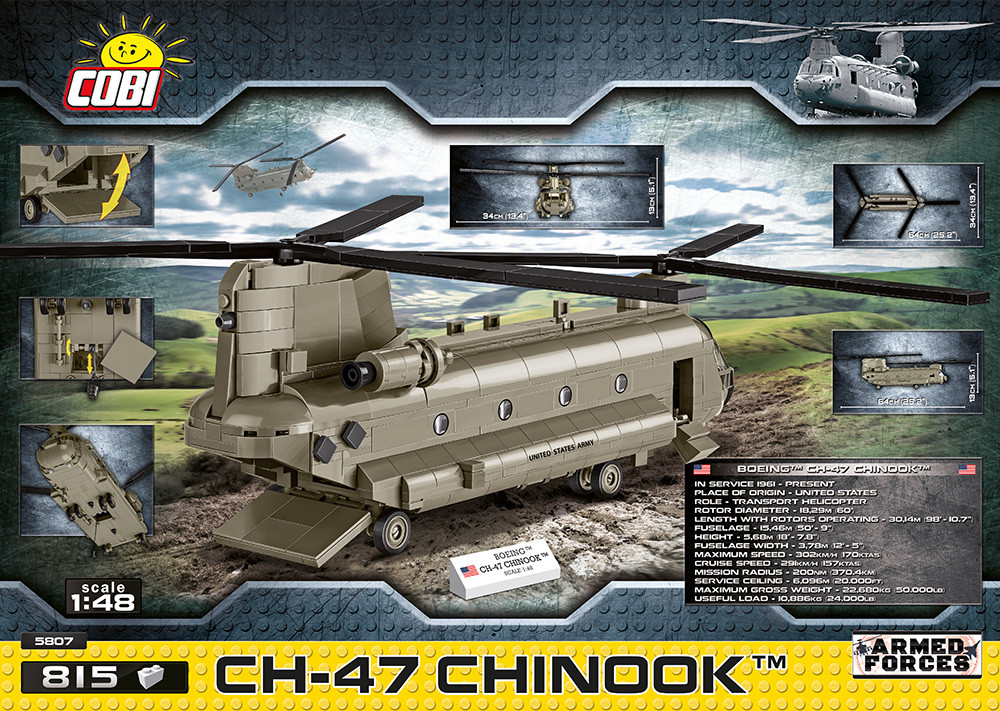 The CHINOOK is a powerful multi-role, twin-engine military helicopter produced continuously since 1961. Its characteristics are its banana-like shape and two propellers rotating in opposite directions, which made it possible to get rid of the vertical rotor. All of its considerable power is used for vertical lifting. The helicopter can travel at speeds of up to 278 km/h. It was created for the transport of soldiers and military equipment. It is a very popular and effective design, associated since the Vietnam War with the U.S. Army. To this day, the number of users of this helicopter around the world remains considerable.

From the COBI building block kit you can build the carefully designed 1:48 scale of the hugely popular American CH-47 CHINOOK helicopter. The model has been covered with high-quality prints that do not wear out even during intense fun. The prints mimic the painting of the vehicle in the colors of the USA and imitate the details of the CHINOOK. The helicopter is equipped with rotating propellers and an opening flap. A rope with a capture hook comes out of the bottom of the helicopter for added fun! Two pilot figures are also included.