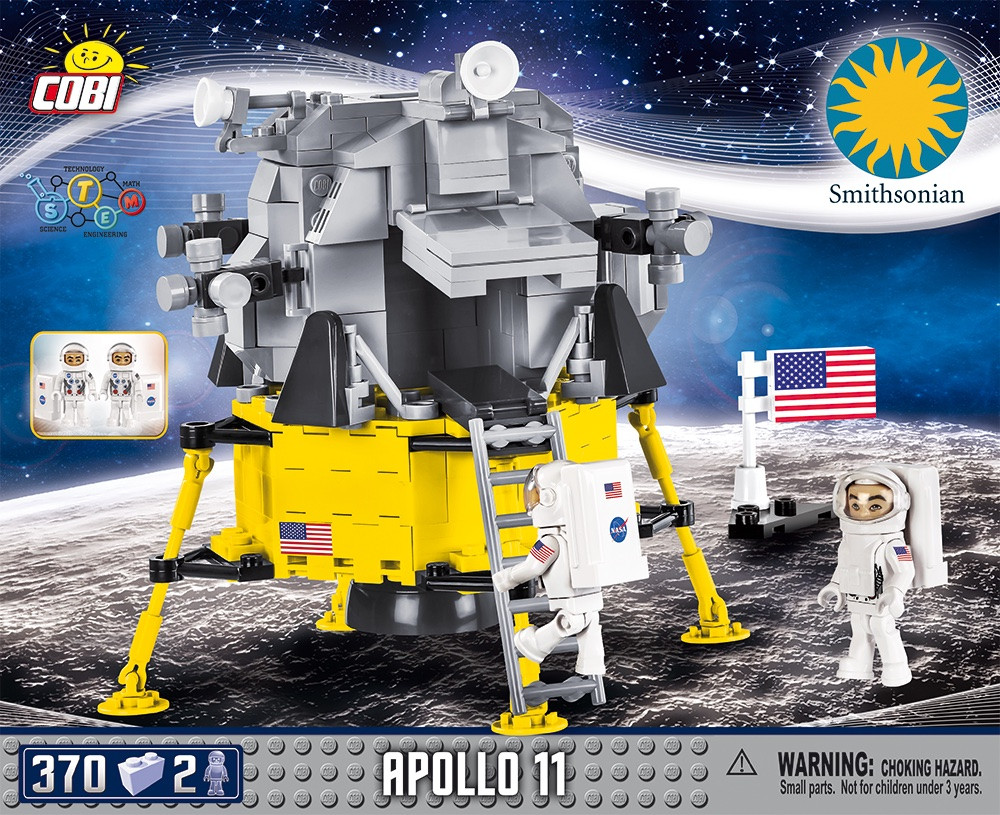 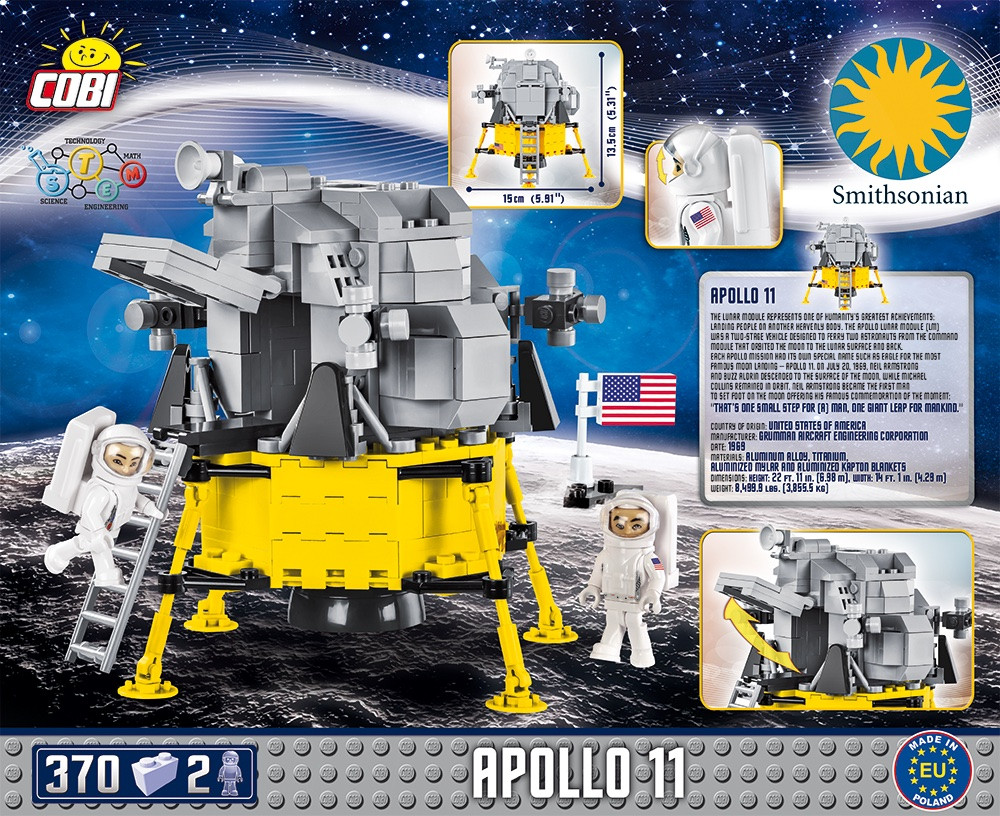 The Apollo Lunar Module was the landing portion of the Apollo spacecraft built for the US Apollo program by to carry a crew of two astronauts from lunar orbit to the surface of the moon and back. It consisted of an ascent stage and descent stage and was ferried to lunar orbit by its companion Command and Service Module. This was a separate spacecraft which also took the astronauts home to Earth. This model is currently on display at the National Air and Space Museum in Washington, DC. This new set from COBI and helps recreate this famous mission! Officially licensed by the Smithsonian Museum.