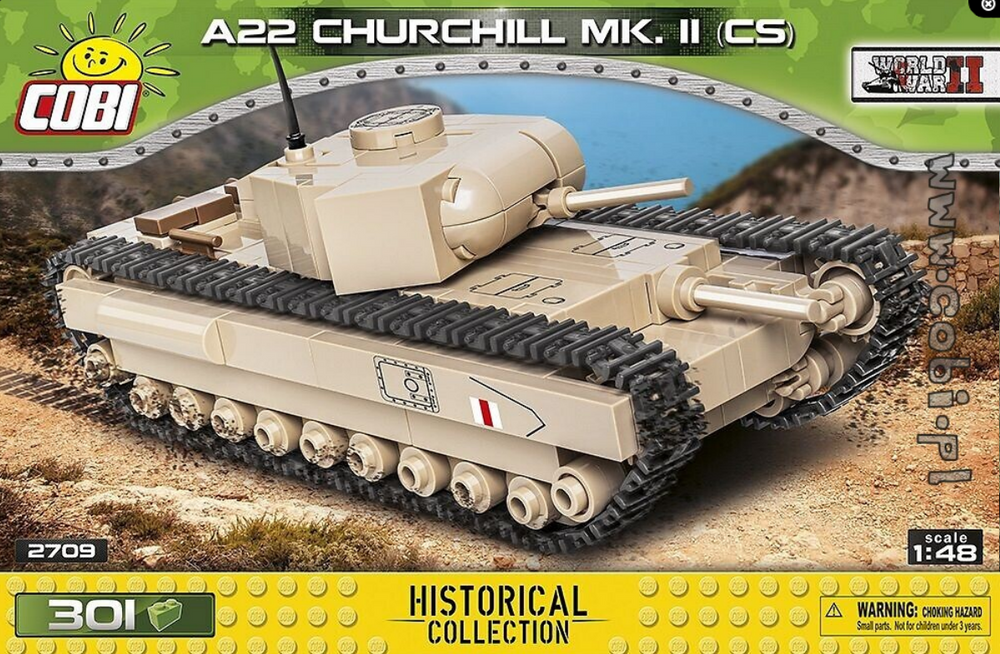 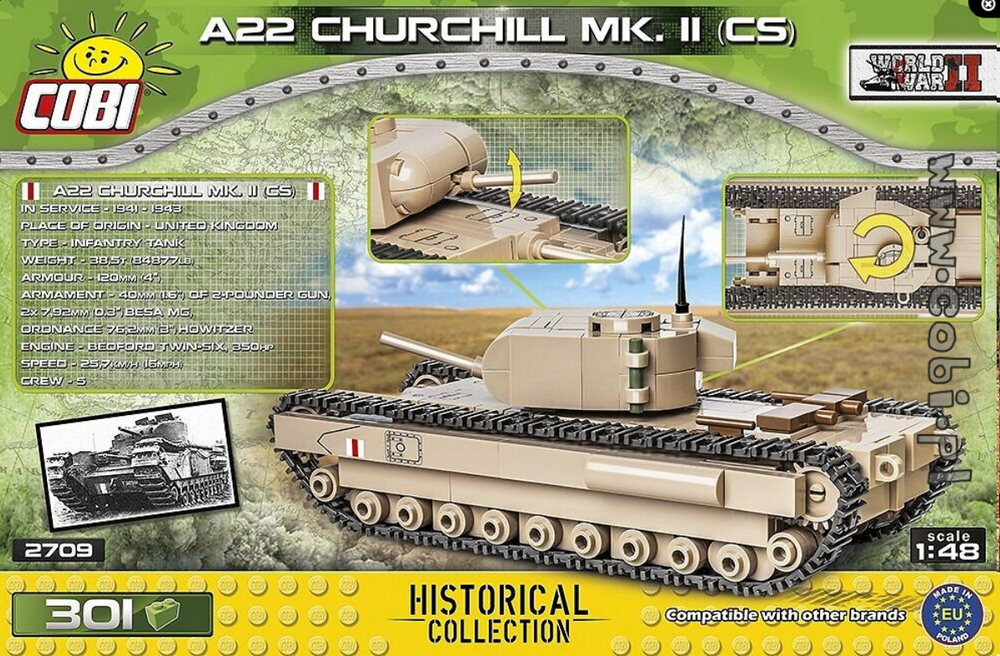 The A22 Churchill MK. II (CS) was a British heavy infantry-support tank of World War II. It is also known as Churchill II, armed with a cannon in the hull and a howitzer in the turret - which was its hallmark. Few units were produced but Churchill tanks in many variants became one of the most recognizable vehicles of the Allies during the war. Produced between 1941 and 1945, they were modified many times. On the basis of the Churchill many special vehicles were created.

The miniature A22 Churchill MK. II (CS) 2709 vehicle made of COBI building blocks was manufactured in a scale of 1:48. It is easy to build, ideal for the beginning of the adventure with Polish COBI building blocks. It has a moving gun, a rotating turret and track traction. All graphic details are high-quality prints that do not scratch or smear even during intense fun. The high point is the design, which in a unique way reflects the original shapes of its historical inspiration. The Churchill II is perfect as a toy, but also a unique part of any military and armored weapons fan’s collection.