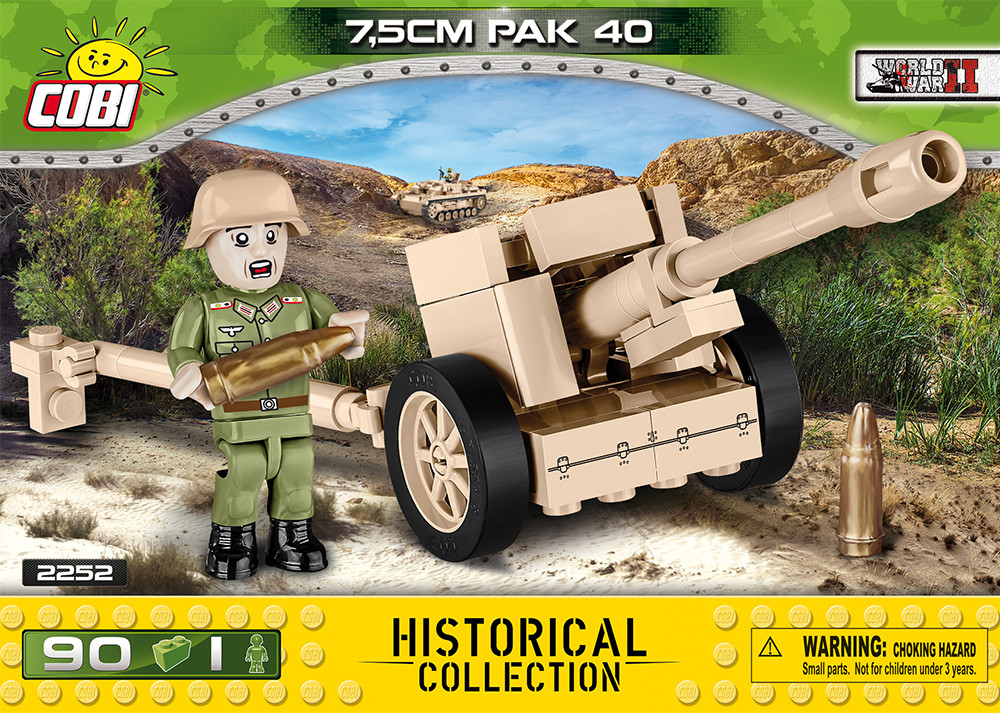 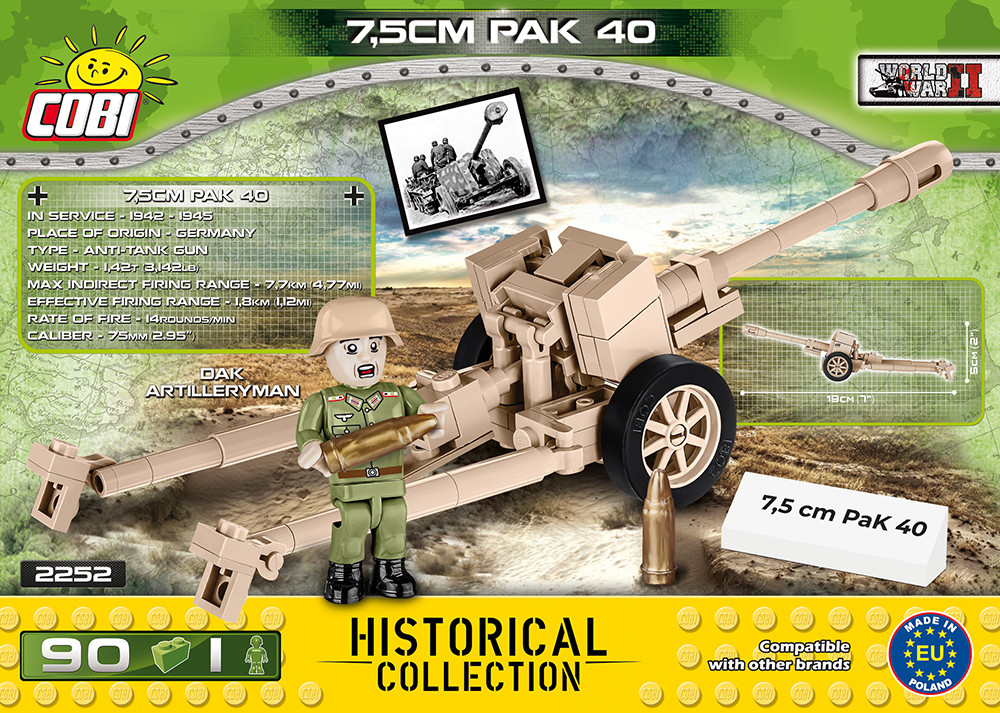 You can build a faithfully reproduced PAK-40 cannon from a set of COBI construction bricks. The latest version of the model has been rebuilt to even better fit the figures. The set includes movable wheels with tires and the barrel can be moved vertically up and down. Movable elements allow you to set the gun in a combat position or prepare it for towing, e.g. with the Blitz 3600 truck available in a separate set! The set includes a figure of a German artilleryman and a box with a printed emblem. In the box you will also find a brick with the name of the set printed on it! PAK 40 is a great gift for all enthusiasts of: history, military and armored weapons. Perfect for both a shelf and a historical diorama.

Design on the PaK 40 German anti-tank gun caliber 75mm began in 1939. It was used by the army at the end of 1941 and was used successfully until the end of the war. It became the main gun and made up most of the German anti-tank artillery. PAK 40 was also used by other Axis countries. Intercepted copies were also used by the Red Army. Approximately 23,000 of this gun were produced. An additional 6,000 units were entered into service with the German tank destroyers. PAK 40 was an extremely successful design. The gun was able to destroy almost any Allied tank, even in the final stages of the war. The only exceptions were the heavily armored Soviet IS-2 tanks and the American M26 Pershing.