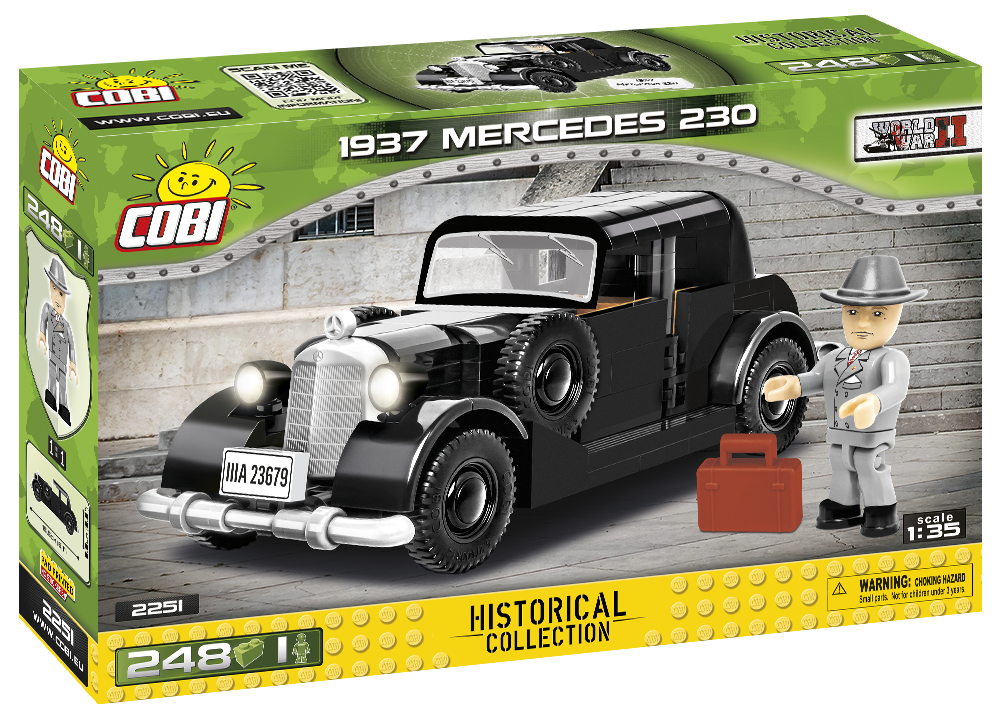 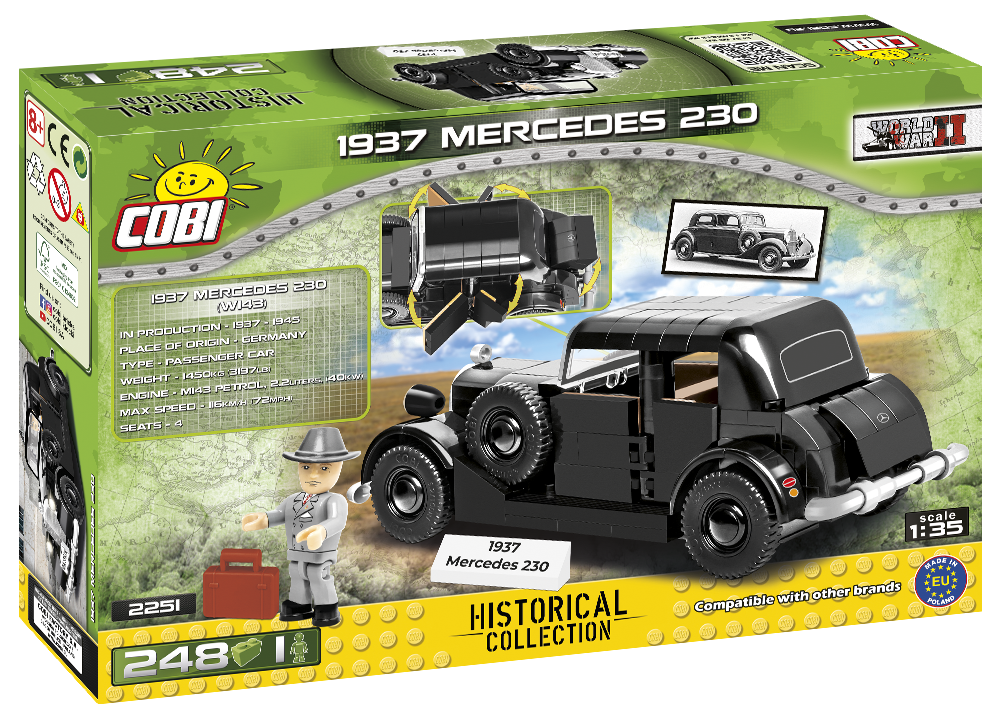 The Mercedes 230 was one of the most popular German cars produced between 1937 and 1941. Over the course of five years of production, more than 20,000 models were produced. Of the seven body variants offered, the four-door sedan was the most popular. Two-door convertibles and seven-seater limousines were also built. Surely many COBI fans will take on the challenge of building the alternate body versions! The car was equipped with a 2.2-litre petrol engine with a power of 40kW which allowed it to reach a top speed of about 116 km/h. The car was happily used by both state institutions and civilian motorists.

From the set of 248 COBI building blocks you can build the historic passenger car 1937 Mercedes 230 for yourself. The model includes elements covered with high-quality prints that do not scratch or smear even during intense play. The design uniquely reflects the original shapes of its historical inspiration on a model scale of 1:35. Movable wheels, openable doors and a trunk are all cool features of this model. The car surprises with new types of blocks, which are great for building vehicles and make it easier to further rework and design your own vehicles. The whole set is topped off by a brick with the printed name of the car on it.

• Fully compatible with other brands of building blocks